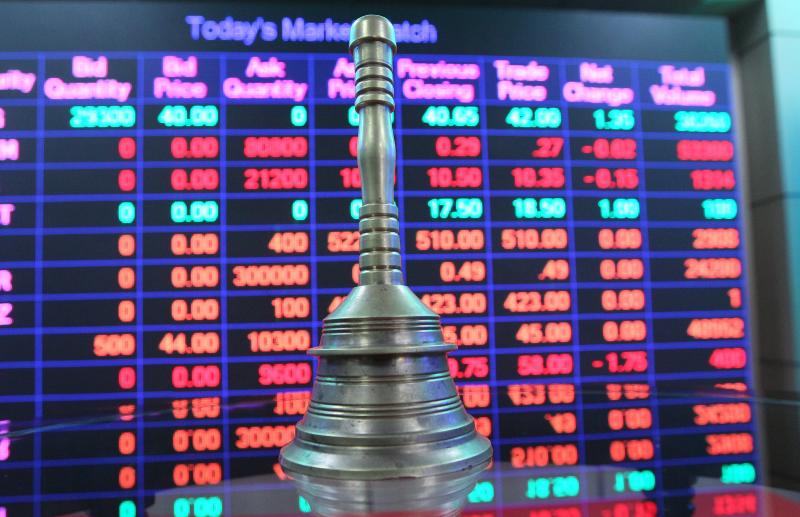 Trading at the Nairobi Securities Exchange was yesterday halted after the NSE all share index fell 15 per cent, wiping out Sh120 billion off investors’ portfolios due to panic selling. In two days, the market had lost Sh242 billion.

The markets dropped sharply when the government announced its first case of coronavirus after a Kenyan travelling from the US via London tested positive more than a week after arriving.

Bargain hunters, however, crept in and the market closed Sh120 billion down. On Thursday, it lost Sh122 billion, meaning in the two days, coronavirus fears had wiped out Sh242 billion.

“The NSE wishes to notify market participants, investors and the general public that trading was halted on Friday, March 13, as per the rules of the NSE which provide that if the market falls by more than 5 per cent, trading may be halted for more than 30 minutes,” the NSE said in a statement.

Banks were the most sold stocks as foreign investors scrambled for the exit and in some cases, there was no one to buy even the most liquid stocks. Banks were down 7 per cent on average and Safaricom was down 5 per cent.

“We had scenarios where there were no buyers for some stocks,” said Michael Mwakio of Suntra Investment Bank, adding that phones were ringing with sell orders but few wanted in.

The NSE, however, said normal activity will resume on Monday next week.

Insurance stocks were heavily sold, but Liberty was up 8 per cent. Sanlam was down 10 per cent.

Markets plummeted across the board, adding to the weekly sell-off, as investors continue to dump risky assets after reports that the coronavirus has reached the country.

The NSE has exhibited a losing streak since the beginning of the month on fears the coronavirus pandemic may force a stagnation on the world economy.

KCB, Safaricom, Absa (formerly Barclays) and Co-operative Bank among others faced heavy selling for the third week as investors sought shelter in asset classes that are considered safe such as fixed income securities, gold, dollars and yen.

The selling is also going on in other markets including the United States, India, Japan, the United Kingdom and Australia.

On Thursday, the NSE was down 5.2 per cent losing Sh122 billion. The New York Stock Exchange halted trading for 15 minutes after stocks plunged more than 7 per cent.

The measure to stop trading had to be taken in other stock markets as well, such as in India, where trading had to be halted with the NSE’s (National Stock Exchange of India) benchmark Nifty down 10 per cent to 8,624.

The BSE (Bombay Stock Exchange) also halted trading with its benchmark Sensex down 9.4 per cent at 29,687. This is the first time in 12 years trading in Indian markets had to be halted. The IDX (Indonesia Stock Exchange) suspended equity trading 30 minutes before Thursday’s session ended as their benchmark dropped deeper than the bourse’s new auto rejection level.

Across the globe, stock markets have a backdoor safety valve that can be used to freeze trading if a market sell-off turns grim, and today’s plunge in the NSE hit the levels required to trigger the interventions.

The Jakarta Composite Index (JCI) plunged more than 5 per cent to 4,895.75 amid the global market crash that followed the WHO’s declaration of COVID-19 as a pandemic.

This is the first time the IDX suspended stock trading since the 2008 financial crisis.

The world is facing an economic threat of recession with the biggest fall in the price of oil since the 1991 Gulf War as a result of a trade war between Saudi Arabia and Russia provoking further fear in traders.

At the NSE, the fears have overtaken expectations of dividend payments for most companies that are scheduled to start in April since their financial years ended in December.

By Boniface Okendo | 13 hours ago