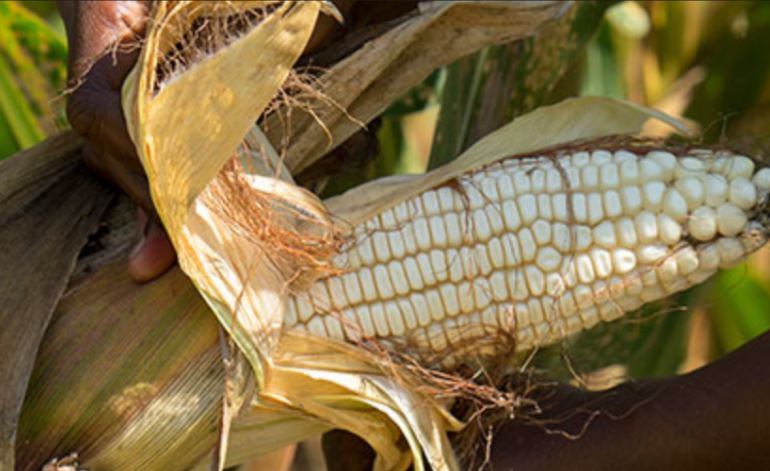 The politics of maize in the Rift Valley is threatening to tear apart the region after a week of name calling and counter accusations among leaders.

And as theysquabble, maize farmers are once again staring at huge losses over poor maize prices if the government fails to revise the Sh2,300 per 90kg bag.

Last week, MPs Joshua Kutuny (Cherangany), Silas Tiren (Moiben) and Nandi Hills' Alfred Keter kicked off the war of words when they sensationally linked Deputy President William Ruto and his allies to the importation of Mexican maize and subsidised fertilizer, and called for investigation.

“Before you tell us to move to avocado farming, tell us what has gone wrong with maize farming,” said Mr Kutuny at a press conference in Eldoret.

Farmers were not paid

The trio claimed that the DP is growing maize on a 500,000 acres farm in the Democratic Republic of Congo (DRC) yet he was asking farmers in the North Rift to abandon commercial maize farming.

But in a strongly worded statement, 11 MPs from the region led by Soy legislator Caleb Kositany shot back and accused Tiren, Kutuny and Keter of doing political bidding for Ruto's political detractors.

“We know they are being used to ensure Ruto does not become the fifth President come 2022,” said Mr Kositany.

The maize debate followed the move by the Ethics and Anti-Corruption Commission (EACC) to table a list of 62 individuals believed to have received millions of shillings for deliveries to NCPB depots.

According to the commission, genuine maizefarmers were not paid despite toiling hard to get a bumper harvest.

The politics of maize has created factions in the Jubilee leadership in the region.

The contest has seen two camps compete for press briefings to air out their concerns with each group throwing jabs at the other at political functions.

During a press briefing at Parliament Buildings in Nairobi yesterday, Kuttuny and Keter insisted that only the Deputy President can clear the air over his links to maize importation and farming.

“Ruto is the only one who can exonerate himself. Our colleagues who called us names are simply seeking to continue massaging the ego of their master so as to get hand-outs," said the Cherangany MP.

Senate Majority Leader Kipchumba Murkomen, while acknowledging that there are challenges facing farmers ranging from the scale of production, productivity, competitiveness in a global context, input costs and climate change, alled for sobriety in the maize debate.

"Subsidies at best are short-term interventions to stimulate a certain level of performance. They are not permanent market facilities...The long term strategies in addressing underlying causes of our challenges are what leaders and professionals are patiently working on, recognising the seriousness and magnitude of the challenge," said Mr Murkomen.

“The MPs are using the plight of farmers in Rift Valley to advance their personalised agenda. The allegations are neither factual nor believable," claimed Mr Sudi.

As the debate rages, three MPs have threatened to lead farmers to camp at State House to pile pressure on the Government to resolve the maizecrisis, clear outstanding balances and ensure they earn better for their produce.

“If all outstanding debts and a new maize buying price is not announced within the next 14 days, we will mobilise all farmers and drive our farm machineries and camp at State House,” said Kuttuny.

Kenya Farmers Association Director Kipkorir Menjo maintained that farmers were working hard and that if empowered, they could ensure that the country is assured of food security to end imports.

“The government spends additional resources to import food. This trend could be reversed if local farmers are empowered and agriculture sector allocated enough funds. It is prudent for the government to pay farmers well,” said Mr Menjo.

He said the government should ensure consumers and producers of food are not exploited.

Farmers have rejected government’s offer to buy maize at Sh2,300 per 90kg bag.