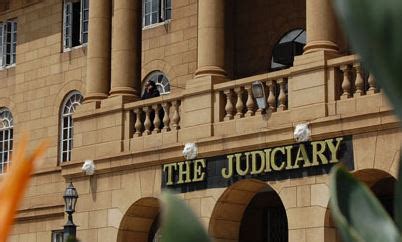 NAIROBI, KENYA: The High Court in Nairobi has ordered the Government to pay 16 Ugandan and Rwandese firms Sh 6.3 billion for goods destroyed during the 2007-2008 post-election violence.

Justice Mbogholi Msagha in a landmark ruling on Thursday observed that the Government had reached out to the affected traders to settle the case out of court in 2010 but later turned around to deny liability.

The case had been filed by Kampala City Traders Association, KATRACO Uganda, Intraspeed Logistics and Mugenga Holdings claiming that their 22 trucks which were on transit to Nairobi were destroyed in Chaos.

In the judgment, 15 firms will share Sh 4.7 billion while Mr. Mgenga who had filed a separate suit will get Sh 1.62 billion as compensation.

The award is the largest in post-election violence compensation.

The judge said that during the hearing, State lawyers admitted the claims laid by the firms but still asked the court to dismiss the suit.

According to the judge, the Attorney General wrote to the then Permanent Secretary in the office of the President notifying him that it was impossible to escape liability as two commissions had found that the police failed to protect businesses during the 2007 polls chaos.

“The plaintiffs in this suit feature prominently in that document which has not been denied by the defendants even during the hearing.  There is evidence on record that an attempt was made to settle the claim out of court,” the judge ruled.

He continued, “The defendants cannot therefore at this stage run away from liability.”

In the suit where Chief Inspector General of Police and the Attorney general were named as respondent, the court heard that most of goods they were ferrying into the country were vandalized.

“The police failed to provide security arrangements to protect the plaintiffs’ lives and property. As a result of violence, the plaintiffs lost trucks and goods by way of arson and theft,” the firms claimed.

In the case, Intraspeed managing director John Rusagara told the court that he had given information to the police that there were people who were laying traps on transit lorries but no action was taken.

In 2016, the High Court in Mombasa awarded a Tanzania dealer Sh 860 million after finding Kenya Ports Authority in fault for withholding 21 containers of juice and water due to the election violence.

The award to Modern Holdings East Africa was the highest but it has now been toppled.

Justice Msagha also ordered that each trader will be compensated for loss of business for each truck which will be calculated for a period of six years.

He said the loss will be based on 15 percent of the value of each truck.

The judge ordered that the parties should agree on the total amount to be compensated and table a report.

The amount awarded by Justice Msagha will attract interest until it is paid in full.