Ruto or Raila? Uhuru men in vicious war over successor

Vicious behind-the-scenes battles for the Uhuru Kenyatta succession have kicked off in earnest even as the president races against time to salvage his legacy. And now some political players are linking the quiet wars in Uhuru’s corner to the poor showing of his Jubilee party in Tuesday’s by-elections.

According to multiple sources, some of whom spoke to The Sunday Standard on condition of anonymity, a major disagreement has erupted among the president’s key handlers and members of the Kikuyu Council of Elders and the Njuri Ncheke of Mt Kenya East region, over who to support as Uhuru’s successor. The teams are split between Deputy President William Ruto and Orange Democratic Movement (ODM) leader Raila Odinga, with some rooting for Amani National Congress leader Musalia Mudavadi.

But the vicious battle is between the DP and the former Prime Minister, with the camp allied to Ruto said to be behind the president’s humiliation in Juja constituency and Rurii ward by-elections, “with a view to persuade Uhuru to reconsider his apparent preference of Raila as his successor and instead firm up his relations with Ruto, who is the candidate of choice in Mt Kenya region”.

“So large and deep is this scheme that today’s (yesterday) coronation of the Speaker of the National Assembly Justin Muturi should be viewed in this light. He is part of a wider scheme to undermine the president’s succession plot,” a politician from Kiambu County said of yesterday's event in Murang'a.

According to the source, the Speaker is allegedly being positioned as DP’s presidential running mate in next year’s polls and the pro-DP elders and politicians from Mt Kenya region hope to use him as bait to convince Uhuru to reconcile with his deputy.

Describing the coronation as part of the confusion that is geared at scuttling the president’s legacy and especially the Building Bridges Initiative (BBI), National Assembly’s Deputy Majority Whip Maoka Maore wondered why some leaders in Mt Kenya were obsessed with plotting to reconcile the president and his deputy, “even without interrogating and caring to know why they fell out in the first place.”

“Even as the president works hard to shape his legacy and strengthen his party, the key players around him are not helping out. They are busy positioning themselves for 2022,” said Maore, who is MP for Igembe North.

“Hon Muturi is fully aware of this fact as per the agreement of Mt Kenya politicians at Sagana Lodge last year, and in which he was present. I guess he is only trying to position himself politically ahead on next year,” said Murathe.

In the meantime, Uhuru remains trapped in the succession battles as political players, including his key point men, focus more on next year’s polls and other personal interests.

Shunned by his deputy, whom he has fallen out with, and treated with caution by the former Premier, who is under pressure from allies to revisit the Handshake deal with him, the president is literally a man under siege.

Uhuru is walking a tight rope of half rejection and halfhearted support – a political syndrome suffered by heads of government in their final term in office. To many observers, the president may already be drifting towards the lame-duck phase of his presidency.

The recent constitutional court judgment against his pet project, the Building Bridges Initiative (BBI), and rejection by voters in his Central Kenya backyard in last Tuesday’s by-elections in Juja constituency and Rurii ward, only add fuel to an already burning fire.

Which begs these questions: Does associating with the president add value to presidential hopefuls or is it tantamount to digging one’s political grave? And with Uhuru set to exit the political scene and his deputy strategically disassociating himself from government, who inherits the perceived tainted image and baggage of the Jubilee administration ahead of next year’s poll?

Although the key presidential hopefuls are keen on the president’s support, most prefer to be endorsed but to publicly distance themselves from the Jubilee administration, whose overall performance in the second term has not been up to scratch. Already, the DP is pulling away and the rest are keeping their distance.

Politicians from Mt Kenya region who are allied to the DP have attributed the president’s apparent poor rating to the arrogance and bravado of his handlers. The president’s men and women, they say, are out of touch with realities on the ground and have resorted to demanding loyalty instead wooing people.

Mathira MP Rigathe Gachagua, particularly singles out Murathe as the man who “has contributed immensely towards Uhuru's unpopularity". But Murathe has dismissed the accusations as “mere politics of succession”, claiming that Gachagua and the MPs allied to Ruto are “only giving the president a bad name so that they can have their way in Mt Kenya region”.

But Gatundu South MP Moses Kuria concurs with Gachagua:  “I have, for instance, had my way politically not because of doing anything exceptional, but just having my ear to the ground and acting in tune with the interests of the voters.”

The MP, who is party leader of the People’s Empowerment Party (PEP), which clinched the Juja parliamentary seat on Tuesday, attributed his victory to a protest vote against the president and his men.

On the poor showing in the by-elections, Maore said that they had learnt their lesson and that they would quickly embark on streamlining party operations.

“I can promise you that the celebrations of our rivals will be short-lived because we intend to revamp the party and drain the swamp,” said the Deputy Majority Whip.

Dr Henry Wabwire, a commentator on political affairs, hopes that part of the “swamp draining” would include proper and targeted communication to the president’s key support base. Noting that the complaints about a non-performing economy are genuine, Dr Wabwire said that Uhuru’s handlers were probably out of touch with the electorate and had failed to provide adequate communication.

“What Mt Kenya residents are experiencing and protesting against are not unique to the rest of Kenyans. The Covid-19 pandemic, for instance, and its related lockdowns and loss of jobs are realities that have hurt every single Kenyan,” he said.

According to the political economist, the only difference is that Mt Kenya population is probably hurt more because residents from this region have relatively embraced private enterprise and business more than individuals from other regions.

“But more importantly is Uhuru’s failure to address the expectations of residents from his political backyard, who might have equated their vote to free goodies from government and none to regions that voted against Uhuru. The Handshake deal simply disoriented Uhuru’s supporters,” said Wabwire.

In the run-up to the Tuesday polls, the anti-Jubilee campaigners cleverly coined a campaign message to the effect that the party’s candidate should “wait to be voted in by residents of Kisumu” – in an apparent reference to President Kenyatta’s perceived favouritism to regions that voted against him.

According to Wabwire, the current voting patterns in Central Kenya have robbed the president of the political negotiation power. The voters’ slipperiness, he said, have complicated the president’s move to chart his next political destiny.

With his father – Kenya’s first President Jomo Kenyatta – having died in August 1978 in office, Uhuru has only two examples to learn from and emulate. During his final years in office, the late President Daniel arap Moi of then ruling party Kanu, opted to anoint a successor, who is none other than Uhuru himself. That ploy, however, flopped as Opposition’s Mwai Kibaki of the National Rainbow Alliance (Narc) swept the boards in 2002 to become the country’s third president.

With Uhuru having suffered the “political project” tag, Kibaki was more cautious in 2013. He kept off the campaign trail and seemed to let his own succession game proceed without public interference or endorsement of any candidate.

However, insiders have maintained Kibaki’s preferred candidate was Mudavadi – a plot that flopped after Uhuru publicly confessed he had been summoned by State House operatives, who prevailed upon him to support the former vice president’s presidential bid on a United Democratic Movement, a party associated with Kibaki’s political strategists. 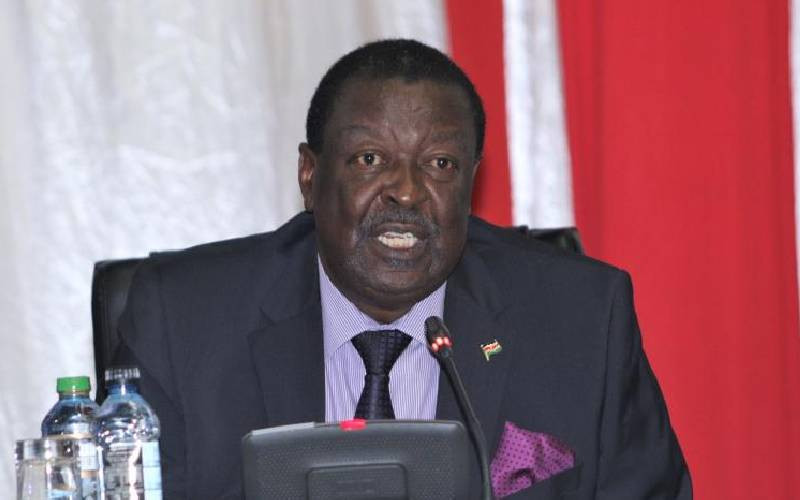 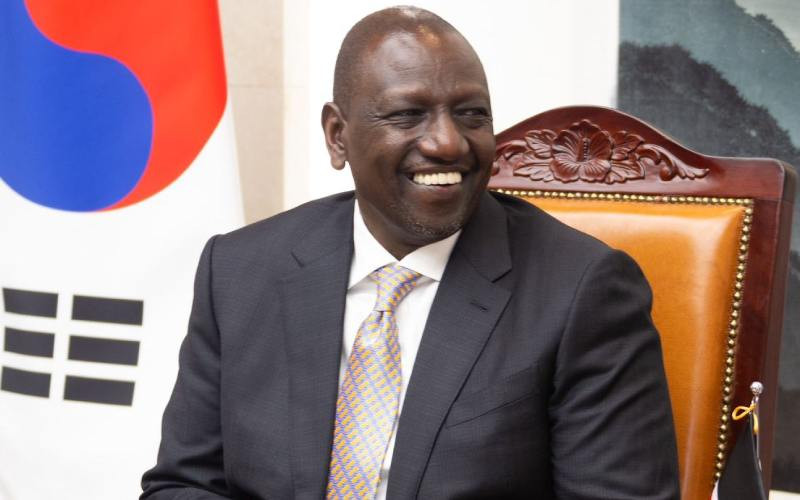 By Winfrey Owino 19 hours ago
National
Ruto: I had a great revelation in South Korea