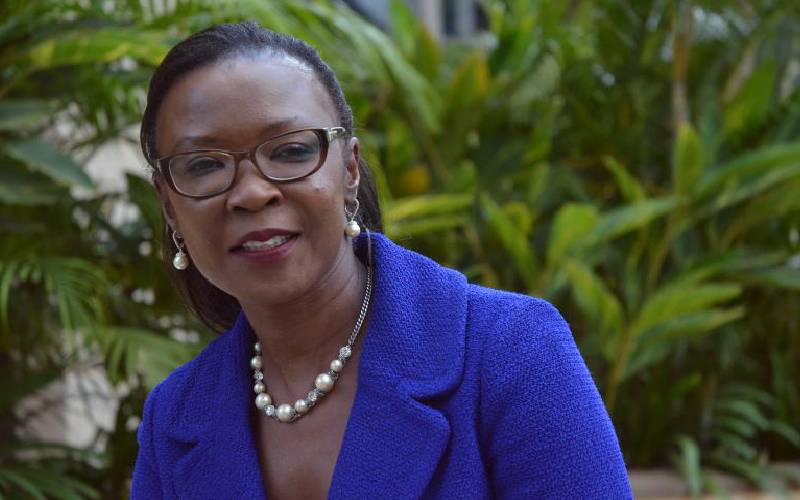 A Kenyan is among 18 speakers and panelists at the Middle East edition of the 2019 "Break the Ceiling, Touch The Sky" summit being held in Dubai today.

Susan Mboya (pictured) a corporate executive and humanitarian, is the only African who will speak at the forum.

Dr Mboya told The Standard she was honoured by the selection and that she would use the platform to further her initiatives of promoting leadership and gender equality.

The summit, organised by House of Professionals, a global public relations and marketing firm, is meant for nearly 300 women serving in middle and senior positions in the Middle East as well as men who support gender equality.

It will cover a diverse range of topics on leadership and gender equality, including success, diversity and inclusion.

"I think the programme is of tremendously impact not just as a way to showcase women leaders as role models but to enable women in senior level positions to network with their peers," she noted.

Mboya said she was selected due to her numerous contributions in gender equality, both as a leader and global executive.