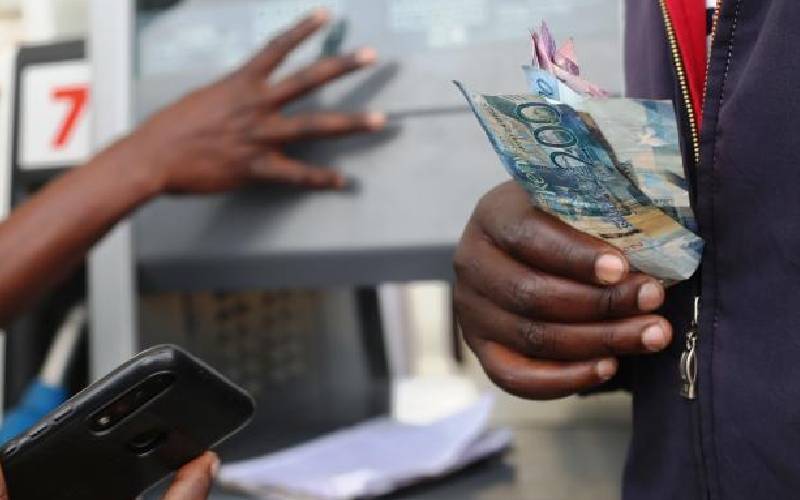 New official data shows that about 1.8 million bank accounts in Kenya had more than Sh100,000 by December 2021, a reflection of the country’s poor savings culture.

This is just 2.5 per cent of the 67.2 million accounts that were active in 53 financial institutions including commercial banks and microfinance banks, according to data from the Central Bank of Kenya (CBK).

The report showed that, overall, there was a drop in the number of accounts in the review period.

With total deposits of Sh4.44 trillion it means that, on average, an account in Kenya holds Sh66,071.

The increase might have been due to the recovery of the economy with a lot of people and businesses that had been negatively impacted by the Covid-19 pandemic returning to normalcy.

NCBA—which co-owns M-Shwari, a mobile saving and sending platform, with Safaricom—has the most bank accounts at 32,462,448.

The number of bank accounts have been increasing over the years, thanks to innovation in mobile banking which has seen customers save and borrow from their mobile phones.

Most of the money in banks, however, is concentrated among the nine major banks, which control almost three-quarters of the banking market.

Last year, gross domestic product (GDP)—or the value of all goods and services produced within Kenya—grew by 7.5 per cent compared to a negative growth of 0.3 per cent in 2020, according to the 2022 Economic Survey.

Since the country started to recover from the effects of Covid-19, banks have been reporting record profits as customers resume servicing of their loans.

Many Kenyans ply their trade in the informal sector, where wages are too low to cater for their basic needs such as food and housing.

Data from the Kenya National Bureau of Statistics (KNBS) shows that a total of 923,000 new jobs were created last year, most of them in the informal sector.

There were three million people in the formal sector last year, an increase from 2.74 million in 2020 when many Kenyans lost their jobs.

The informal sector had 15.3 million workers, or 84 per cent of total employment. This pushed up the total number of those in employment to 18.3 million compared to 17.4 million in 2020.

Another report from the KNBS also shows that most people with permanent employment do not take home more than Sh100,000.

Of those employed by the end of 2020, only 2.7 million were in occupations with contractual terms that guaranteed them a regular paycheck, or what is technically known as wage employment.

In the 2019 Census report, about 23.9 million people aged 15 years and above said they were trained and qualified in various vocations, but very few were in wage employment.

An explosion of the youth population, where nine million people aged between 18 and 35 years are expected to be added into the labour force between 2015 and 2025, will aggravate this unemployment crisis, according to a 2020 World Bank report.

The global lender estimates that Kenya needs to create an average of 900,000 jobs annually.

“However, job creation has failed to keep pace with new entrants, and in recent years, sufficient employment opportunities have not been added for the new workforce,” the report said.

Instead, Kenya has been creating an average of 800,000 jobs every year. Most of these jobs are in the informal sector, whose meagre incomes cannot shield workers against the high cost of living.

According to the World Bank, the figures on employment may underestimate the proportion of youth who work in low-productivity jobs.

“Youth are more likely to work in sectors and occupations that have lower productivity and command lower earnings,” said the global lender.

The World Bank noted that in major towns, for example, almost 80 per cent of employed people aged 15 to 24 have an informal job (unpaid, self-employed, wage worker without social security) against 70 per cent or less for the rest of the population.