Rusty and dilapidated buildings are what remains of the once vibrant train station at Kibos in Kisumu.

The shopping centre near the station that was a hive of activity on any day in the 1980s and 1990s has lost its lustre.

The buildings at the shopping centre and the railway station have been abandoned with reports that some residents have since turned them into drug and sex dens.

The now old buildings serve to show the economic blow the region suffered when the old Kisumu-Nakuru railway line collapsed in mid 90s.

Structures that were used as ticketing offices and storage rooms for travellers are now littered with used condoms and cigarette butts.

The collapse of the railway line led to the death of several towns, shopping centres and major markets that dotted it.

Those who spoke to The Standard painted a picture of the hit they received with the collapse of the railway line. They spoke about the booming business they enjoyed during the good old days of the railway line and the suffering they endured after things went south.

Once bustling with life, Kibos, Miwani, Kibigori, Koru and Muhoroni shopping centres in Kisumu County are now eerily desolate. Only a few residents who stayed back keep them alive.

Another such centre affected by the collapse of the railway is Fort Tenan in the neighbouring Kericho County, which also thrived back in the days.

For Miwani and Muhoroni towns, the death of sugar industries that complemented the railway line in improving local economy further compounded matters for residents.

And even today, these shopping centres and towns are still struggling with just a few businesses operating.

Vandalised buildings is what was left of the railway stations where trains stopped to pick passengers and luggage.

However, despite all the gloom, there is hope. The towns and shopping centres are set to regain their statuses thanks to the ongoing revival of the railway line by the national government.

Renovation of the railway line, set to cost Sh3.7 billion, has already started and officials from the Kenya Railways and the Kenya Defence Forces are working round the clock to complete the project.

Excited residents are hopeful the project will be a major boost, not just to Kisumu, but economies of neighbouring counties as well, with the expected revival of ghost towns and shopping centres along the railway line. 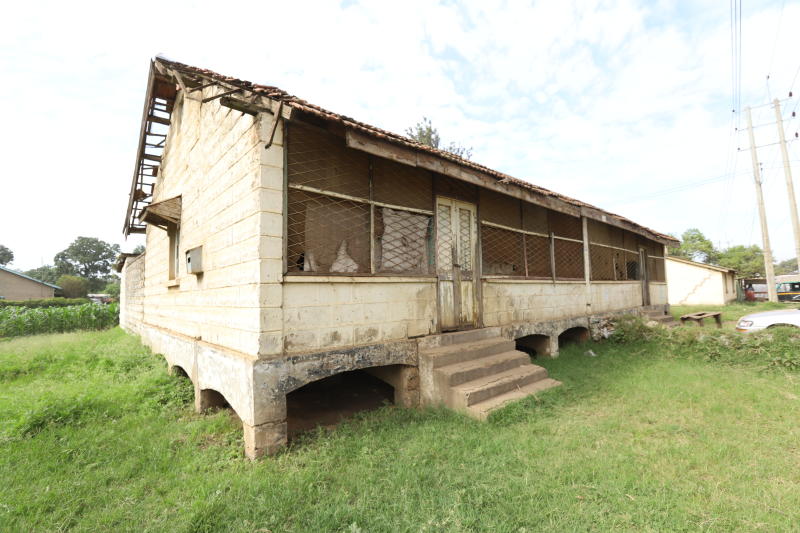 Residents of Kibos, Miwani and Koru are hopeful that revival of the railway line with change economic fortunes of the region and improve their lives through creation of jobs.

Philemon Owino, 65, said he ran a shop in Miwani which collapsed together with the railway line, and described the ongoing project a big blessing to the region and its residents.

“We never used buses to travel to Nairobi because the train was cheaper. To a large extent, it is the railway line that also sustained businesses in this area.

He added: “I relocated to Kisumu Town when the railway line collapsed, but it was never the same.”

Owino, who is now a sugarcane farmer, says he is looking forward to better days when trains begin to rumble again.

Those days, cotton and rice farmers in Nyando would drop their produce at Kibos and Chemelil railway stops from where they would be picked and transported.

Kajulu MCA Roy Samo lauded revival of the railway line, saying the shopping centres and towns that dot it, and which were the heart of Nyanza’s economy in the past, would be revived as well.

“Cotton and rice from Ahero Irrigation Scheme, which was the lifeline for many local farmers, was transported through Kibos. With the collapse of the railway line, even landlords who rented out their houses to railway workers lost their source of income,” said Samo.

“The Kenya Railways buildings are not safe anymore. We even fear passing near them because they have become hideouts for criminals. But with this project, we hope the government will renovate and make them useful again,” she said. 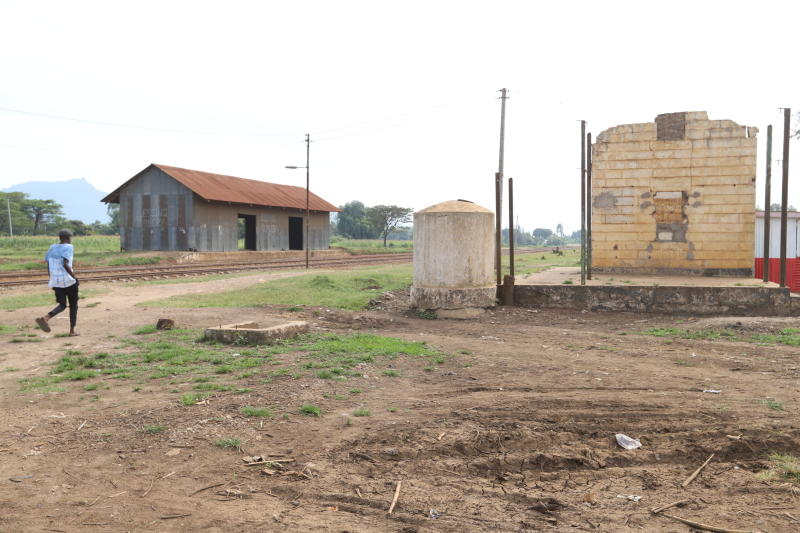 Richard Ogendo, a sugarcane farmer in Muhoroni, said the revival of the railway line is a blessing to the region.

“We are happy with the government decision. The project is a big gain, especially to local farmers as the railway line will provide them with an alternative means of transport for their goods, which will probably be cheaper,” he said.

For William Ooko who grows rice, the trains will enable them to ferry their produce to Nairobi and Mombasa easily and cheaply.

He said the railway line will also address the exploitation of farmers by traders who take advantage of their lack of means to transport their produce to markets.

“When the trains were working, farmers moved their produce easily because it was cheap and reliable. We are hoping this will be the case when the railway line becomes operational again,” said Ooko.

The plans got a boost last week when President Uhuru Kenyatta, who spoke in Kisumu last week, said he will be among the first passengers to board a train during its maiden trip from Nairobi to Nakuru to Eldoret, then back to Nakuru, and finally to Kisumu.

Although the president did not indicate the exact date when the project will be completed, it is one of those his administration has lined up to transform the region’s economy before he exits in 2022.

“The railway line will reduce the cost of travel for Kenyans and that is the type of development we want,” Uhuru said.

For sugarcane farmers, the revival of the railway network will be the icing on the cake as the national government also fast-tracks its plan to lease out three struggling State-owned millers -- Miwani, Chemelil and Muhoroni.

Muhoroni MP James Koyoo is optimistic the project will boost the region’s economy.

The revival of the railway will also boost the newly renovated Kisumu Port, providing cheap transport for cargo from the Port of Mombasa.

Already, a tanker has started ferrying oil from the Kenya Pipeline Authority depot to ships at the port, including MV Uhuru, which has already transported millions of litres of oil to Port Bell in Uganda.

At the weekend, Governor Anyang’ Nyong’o said the ship had ferried more than six million litres from the port.

Why there's more to the ceiling than just beauty