Canadian oil company Africa Oil now says it expects the proposed sale of its stake and that of its partners in the Turkana oil project to close in just over a fortnight.

The move could be a turning point for the country’s dreams of reaping petrodollars as it would finally pave way for commercialising the project.

A deal that would guarantee a deep-pocketed strategic partner would afford Africa Oil and its partner, British oil and gas exploration and production firm Tullow Oil as well as French giant Total Energies SE the much-needed cushion against risks for the multi-billion-shilling project.

This would pave the way for necessary approvals from the State and subsequently the planned development of a pipeline and oil processing facility in the basin that includes $3.4 billion (Sh408 billion) investment for upstream activities.

Africa Oil Chief Executive Keith Hill did not name the companies involved in the expected deal even as he insisted a deal would be forthcoming this month.

“I think it’s going to be done by the end of this month,” said Mr Hill at an investor briefing on September 13, but also added that there are “too many moving parts” that bring about uncertainties.

Two Indian  State-backed companies have been in talks to acquire a stake in the Turkana oil project held by Africa Oil and its partners Tullow in a deal earlier estimated to surpass Sh360 billion ($3 billion).

Mr Hill did not refer to the Indian firms but regretted the sale deal had been beset by unexpected delays despite efforts to get it over the line. “This thing has dragged on longer than any of us thought it could,” he said. “But I think we’re pretty close.”

Tullow Oil is the current operator of the project with a 50 per cent stake, while partners Africa Oil Corporation and French Total Energies SE hold 25 per cent each.

The looming closure of a potential deal gives hope for the revival of Kenya’s aspiration to export oil on a commercial scale since Tullow discovered crude in the country in 2012. At the earlier estimated value of over Sh360 billion, it will be one of the biggest deals in Kenya’s history.

Mr Hill said that once the deal has been completed, the companies could drill more exploration wells. He predicted this would double the size of assets from around 500 million barrels to one billion.

Tullow, which struck oil more than 10 years ago, has been under pressure from previous administrations to develop the Turkana oil wells that it expects to yield up to 120,000 barrels per day once production starts.

Kenya first announced the discovery of oil in Block 10BB and 13T in Turkana in March 2012, raising hopes of the petro-dollars needed to fuel economic growth. But the country is yet to fully commercialise crude oil production.

“The scheme makes sense and makes money,” said Mr Hill. “At today’s price, the economics are phenomenal. At $50, it’s a bit tough.”

In a separate update, when it released its half-year results on Thursday, Tullow said it is banking on the new President, William Ruto’s government to fast-track the commercialisation of the project.

“On the Kenya deal, we are confident. We are in a good place, with the elections behind us, so we can now move forward, and you will hear from us in due course,” said Tullow Chief Executive Rahul Dhir in a call with analysts after the company published the results.

He, however, declined to go into details about who the company is talking to at the moment with the possibility of bringing them on board as strategic partners.

The large fiscal windfall associated with new oil resource revenue could help Kenya and the new administration to boost development and improve the standards of living for citizens through access to key services and amenities such as roads, health, food security and education.

Tullow said “discussions with Kenya on the approval of FDP and securing government deliverables” are ongoing.

“The FDP is currently under review with the government of Kenya with the review period extended to November 6, 2022. In addition, the company continues to progress with the farm-down process with approvals being sought,” said Tullow.

The British oil firm expects to recover 585 million barrels of oil from the project over the full life of the field.

The commercially extractable volume climbed to 585 million barrels from the previous estimate of 433 million barrels, according to an audit by British petroleum consulting firm Gaffney Cline Associates (GCA).

Tullow estimated the cost of production from the wells at $22 (Sh2,660) a barrel.

Tullow owns a 50 per cent operated interest in blocks 10BB and 13T in the South Lokichar basin in Turkana County, where the company discovered about one billion barrels of crude in 2012. Africa Oil and Total, on the other hand, each own a 25 per cent stake.

Tullow and Africa Oil earlier planned to sell a significant chunk of their stakes in the blocks after hitting financial hurdles, while Total aimed to sell up to half of its 25 per cent stake.

From an earlier plan, the waxy crude oil will be shipped from the fields via a 20-inch, 825-kilometre heated pipeline to the port in Lamu.

The companies had initially planned to reach a final investment decision in 2019 and production of the first oil between this year and next year. 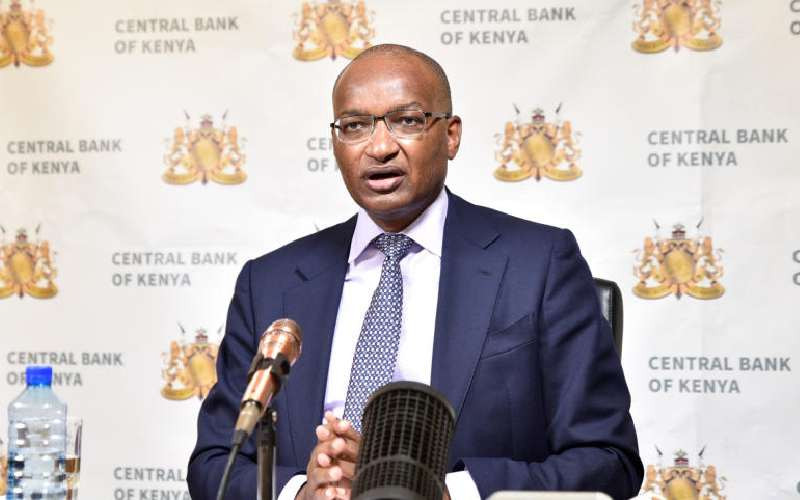 By Maina Mwangi Nov. 29, 2022
Financial Standard
Premium No, CRBs do not have the power to blacklist loan defaulters
.

By Macharia Kamau Dec. 06, 2022
Financial Standard
Premium How Hustler Fund stacks up against other kitties