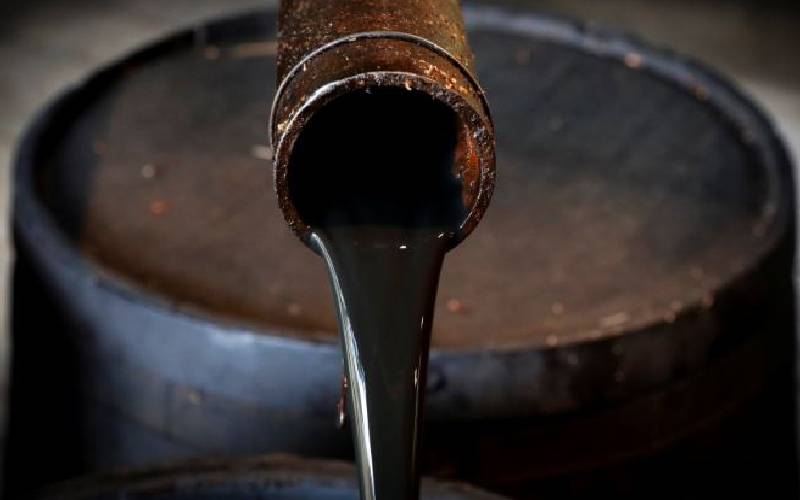 The Kenya Pipeline Company (KPC) is going all out to reclaim lost market share in the regional oil transportation from Tanzania.

KPC on May 1 introduced a new system that cuts the time oil marketers take to load fuel at its depots by a third.

The State firm expects the move will endear the Kenyan fuel transport route to the regional oil marketers besides easing the loading of petroleum products by local firms at its depots across the country.

“The loading process used to take three hours, but it now takes one hour and in some instances 45 minutes,” said Operations Manager Martin Wanyama.

“Previously, for every 100 orders lodged in a day, we would load between 67 and 70, so we would tell the other 30 trucks to come the following day. But now, we are clearing all the orders that are presented in a single day.”

But even before KPC could celebrate the new development, Uganda threw a curveball that could make wrestling back the regional oil market from Tanzania an uphill task.

Last week, Uganda Railways Corporation ran a pilot project on importing petroleum products through Tanzania, moving half a million litres of fuel that came in through the Port of Dar es Salaam to Mwanza by road then to Port Bell in Kampala over Lake Victoria.

While still a pilot project, it should be of concern to Kenya whose Port of Mombasa, as well as its share of the northern transport corridor and the pipeline network, heavily depend on trade with Uganda and the larger East African Community (EAC).

In an interview with Bloomberg, Uganda Railways said while the country was comfortable with Mombasa, it needed an alternative route for “strategic reasons.”

Fred Masiga, a Ugandan businessman, told Financial Standard that his country could be exploring alternative import routes, which could translate into a loss of business for Kenya. He noted that Uganda has in the past been hit by supply disruptions for overreliance on Kenya.

Such hiccups have been as a result of major snarl-ups on the roads, inefficiencies at the Mombasa port and political unrest as was seen during the 2007/08 post-election violence.

“The decision is informed by the desire to have an alternative route for Uganda-bound cargo. For now, it may not be necessarily cheaper, but history has shown that every time there is a problem in Kenya, Ugandan businesses bear the brunt in terms of cargo movement. So, the Dar-Mwanza-Port Bell route will help cushion Uganda in case of chaos in Kenya,” said Mr Masiga, who is the chief executive of Big Deal Holdings, an import and export company.

He added that Kenya should, at least for now, not be worried about losing out to Tanzania as an import route for landlocked Uganda.

“The Mombasa-Kisumu-Kampala corridor is still the most reliable at the moment even in terms of costs. It is difficult to compare with any since we have not explored the other routes exhaustively,” said Masiga.

“Kenya does not have to worry at all because of this decision by Uganda. This was experimental, and we are not even sure about its sustainability. The private sector in Uganda will take time to mentally shift to Dar es Salaam since most have invested in the Mombasa route. Secondly, I believe Mombasa will still handle the bulk of cargo destined to Uganda and beyond.”

While Masiga’s remarks are reassuring, a chunk of Ugandan oil marketers have over the years turned to Tanzania to import their petroleum products.

Even worse is that nearly all their counterparts in Rwanda use Tanzanian ports and the central corridor to bring fuel into the country.

The Kenyan route is the most developed and efficient for importing cargo into the region but is prone to supply hitches and is also characterised by numerous non-tariff barriers.

Detrimental to Kenya’s route are factors such as congestion at the port of Mombasa, heavy traffic on Kenyan roads, numerous roadblocks and even corruption.

Uganda is estimated to import 80 per cent of its products through Kenya. About 90 per cent of fuel goes to Rwanda through the central corridor, with the Kenyan route having about 10 per cent market share.

Kenya has in the past accounted for all of the imports by Uganda, well ahead of Tanzania and Rwanda.

The western depots in Nakuru, Eldoret and Kisumu are used to load oil products to Uganda, Rwanda and the Democratic Republic of Congo (DRC). But KPC is confident it can compete with the Tanzanian route on the increased efficiency.

“From the analyses of our customers in Uganda, it takes three days on average to load a truck. This is to say that if they are in Eldoret on Monday, the earliest they can leave is Wednesday,” said Wanyama.