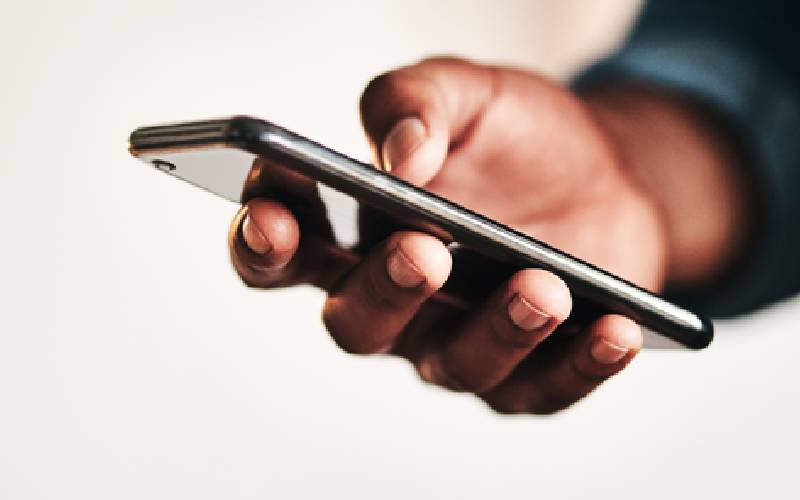 Your greatest advantage today can turn into your worst drawback tomorrow.

Such is the vagary of life that NCBA, the third-largest bank in the country, is grappling with after President Uhuru Kenyatta signed into law the Finance Bill, 2021.

With the ratification of the Bill, all the lenders with mobile lending and saving platforms have been forced to increase the cost of their loans, with all fees and commissions related to loans now attracting a 20 per cent excise duty.

But for NCBA - which co-owns mobile lending and saving platform M-Shwari with Safaricom - the increase in the cost of mobile loans is more pronounced.

For instance, let us say you take a loan of Sh5,000 from M-Shwari or KCB M-Pesa to be repaid in 30 days and an overdraft facility of the same amount from Fuliza, a micro-credit product that NCBA co-owns with Safaricom, which will be repaid in 10 days.

You will pay an additional Sh450 for the M-Shwari loan, an increase of 20 per cent compared to Sh375 that you would have paid before the new changes.

On the other hand, the same amount from KCB M-Pesa will cost you an additional Sh64.5 or an increase of 17.6 per cent.

This means you will now pay KCB Sh432 compared to Sh367.5 that you would have paid the country’s largest bank before the enactment of the Finance Act, 2021.

However, because this daily fee will now be charged an excise duty of 20 per cent, you will pay an additional Sh60.

The reason M-Shwari has been hit the hardest by the new taxes compared to other platforms is that what the lending entities charge for their mobile loans is not interest but a “facilitation fee.”

Robert Waruiru, a senior tax manager at KPMG East Africa, noted that with the amendments the idea was to collect excise duty on fees and commissions charged when advancing a loan.

“So if M-Shwari says that ‘we don’t charge interest which is exempt from excise duty,’ then the entire amount is deemed to be a fee or a commission for disbursing the loan,” explained Mr Waruiru.

It is an argument that worked well for NCBA five years ago. Back then, the shoe was on the other foot, with KCB and Equity the worst hit by the Banking Amendment Act, 2016.

In September 2016 when the Central Bank of Kenya (CBK) decided to cap interest rates that banks charge on loans, it was NCBA that stood to gain the most. KCB and Equity, on the other hand, were forced to charge lower interest rates for their mobile loans.

Back then, KCB and Equity Bank lowered the interest they charged on their respective phone-based loans, which saw the rates capped at 14.5 per cent per annum in compliance with the changes in the law.

NCBA, then Commercial Bank of Africa (CBA) as it had not merged with NIC,  in a court case in which it had been sued for not complying with the law by the Consumer Federation of Kenya (Cofek), insisted that the other two banks were charging interest and had to comply with the amendment to the Banking Act, 2016.

Indeed, the court found that the product that CBA forwarded to CBK for approval contained features that expressly said that no interest would be charged on the loan.

Instead, the bank proposed a one-off facilitation fee of 10 per cent, which was later reduced to 7.5 per cent.

The loan, which had no security, would be repaid in 30 days. Rolling over the loan would attract a roll-over fee of 10 per cent, later reduced to 7.5 per cent, on the outstanding amount.

For the entire period, M-Shwari borrowers continued to pay an annualised facilitation fee of 90 per cent, while KCB charged 2.5 per cent monthly.

The interest rate chargeable on Eazzy Pay, Equity said on its terms and conditions, was to be out in the Banking Act and would comprise the Central Bank Rate (CBR) plus a margin of four per cent.

Excise duty on other fees charged by financial institutions was 20 per cent of their excisable value.

However, in the first schedule of the Excise Duty Act of 2015, “other fees” did not include “interest on a loan or return on a loan or an insurance premium or premium-based or related commissions.”

It is an area that KRA fought very hard with banks both at the Tax Appeals Tribunal and High Court, but the taxman always lost.

On April 30, 2021, as the National Treasury presented the Finance Bill 2021 to the National Assembly, KRA lost a case against Barclays Bank of Kenya (now Absa Bank) in which it had demanded Sh257.9 million as excise duty on credit-related fees. The case was at the Tax Appeals Tribunal.

However, Treasury redefined “other fees” by deleting the word “fees or commissions” earned in respect of a loan.

But there was a time when it would have said it was NCBA’s “time to eat”.

The excise duty on fees and commissions on loans could earn the Kenya Revenue Authority Sh7.1 billion annually.

Last year, financial institutions made Sh35.87 billion from fees and commissions on loans, data from the Central Bank of Kenya shows.

The new excise duty will hurt mobile loans, which had started to recover from the adverse effects of the Covid-19 pandemic.

NCBA Managing Director John Gachora said in a past interview bad loans on M-Shwari surged more than four times at the height of the Covid-19 period as borrowers distressed by the pandemic struggled to service their loans.

Mr Gachora said that non-performing loans (NPLs) - those which have not been serviced as a percentage of total mobile loan disbursements in a month on M-Shwari - increased when the country reported its first case of Covid-19 last March.

“Historically, our NPL ratio has been around 1.8 per cent on M-Shwari. Now we have seen those numbers go up as far as eight per cent so,” said Gachora, adding that it has since been coming down.

On its part, KCB is reported to have lost Sh2.16 billion mobile banking revenue in 2020 on waiver of transaction fees charged to customers in the wake of Covid-19 infection as the regulator sought to cut cash handling.

The lender said that the mobile banking revenue dropped 22 per cent to Sh7.71 billion after CBK waived the fees of moving money between mobile wallets such as M-Pesa and bank accounts.

The reliefs on mobile phone transactions were in place between March 16 and the end of December to encourage cashless payments on mobile phones as part of efforts to contain the spread of Covid-19.