Junk assets: The State firms that are more debt than alive 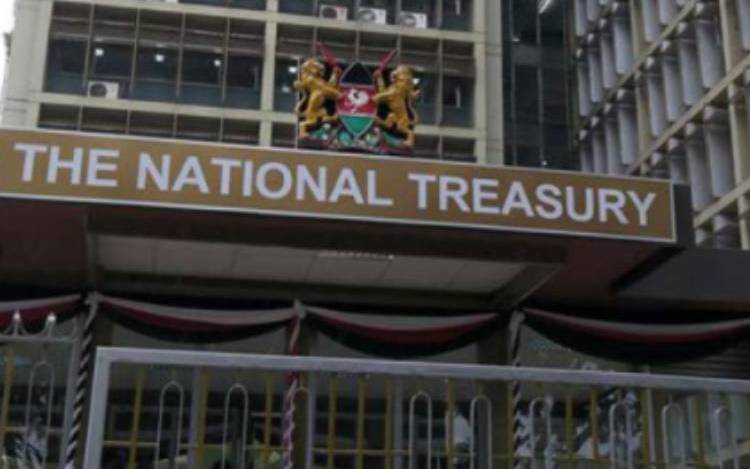 After helping Kenya Airways secure close to Sh80 billion in loans, the government received only Sh1 million in director fees from the cash-strapped airline in the last financial year.

But this lopsided relationship is not only with the national carrier, whose financial woes were aggravated by the Covid-19 pandemic.

But these State-owned enterprises did not pay the Exchequer back in loan repayments, dividends, surpluses or director fees, according to the Consolidated National Government Investment Report for the period.

The report was tabled in the National Assembly on November 15.

If anything, there are fears that things will get even worse, with most of these entities plunging into losses or deficits.

National broadcaster KBC might cost taxpayers an additional Sh43.3 billion, attributed to a claim that it breached a contract regarding the launch of another TV channel (Channel II) and the digital migration process.

A broke government stands to lose close to Sh174.6 billion, which is its total exposure in form of contingent liabilities – which means those that can occur depending on the outcome of an uncertain future event.

While an explicit liability such as KBC’s has to be paid off because it is established by law or a contract authorised by law, public expectations and political pressure have seen the government intervene in implicit contingent liabilities, such as the revival of Uchumi Supermarket, Mumias Sugar Company and Kenya Airways.

“Gone are the days when we’d allow State agencies to come here with a begging bowl or for a bailout,” said Yatani when he was presented with a Sh168 million cheque from Kenya-Re Insurance last month.

Out of 12 companies in which the government has less than 50 per cent shareholding, only three paid dividends, amounting to Sh28.4 billion in the 2019-20 financial year.

About 92 per cent of these dividends came from Safaricom, with the Treasury pocketing Sh26.2 billion from the telecommunications giant.

Three of the remaining nine companies are insolvent, with Mumias Sugar and Uchumi under administration. Kenya Airways might soon return to the government’s fold.

The financial position of Telkom, where the State has a 40 per cent stake, has not been impressive.

Further, 11 State-owned enterprises are insolvent, with what they owe exceeding what they own.

The liabilities for Agro-Chemical and Food Company, which manufactures molasses, on the other hand, exceed its assets by Sh6.3 billion.

The government has pumped close to Sh87 billion into these corporations to correct market failures. This includes ensuring the prices of essential goods or services do not become unaffordable.

It also expects to partake in the profits of these companies, using the money to provide critical public services.

Some critics insist on the involvement of the government in these corporations is the reason for their impropriety, as the State should not be in the business of profit-making. With Kenya Power, for instance, government officials have vetoed any decision to increase tariffs.

A new report by the country’s financial regulators noted that these corporations are now a threat to the economic and financial stability of Kenya.

“Financial viability of SOEs (State-owned enterprises) affects financial institutions, households, and private businesses through their interconnectedness and value chain since their borrowing and spending decisions affect balance sheets in the economy,” reads part of the Kenya Financial Stability Report 2020. By the end of last year, a good chunk of the Sh100 billion that SOEs have borrowed from local banks was at risk of turning into non-performing loans (NPLs), which are loans that have not been serviced for more than three months.

While a slowdown in the economy and competition from cheap imports were to blame, weak governance also contributed to these SOEs’ deteriorating financial health.

And unlike with private companies, long-term debts for parastatals grew faster than assets.

“The high level of long-term liabilities against slow growth in assets suggest that the long-term debt was not used to fund SOEs’ assets. This limits productivity, expansion capacity, and profitability of SOEs,” reads part of the report.

SOEs have also not been paying debts to suppliers on time. This has, in turn, been reflected in a jump in NPLs, as most of these suppliers have not been able to pay off their bank loans.

Now, Covid-19 is forcing a change in tide for these corporations.

Besides putting in place a manual to foster better corporate governance in SOEs, the government wants to restructure most of them to access a Sh250 billion loan from the International Monetary Fund (IMF). The IMF noted that it had agreed with Kenyan authorities on several conditions for the loan, including the need to increase revenue collection, but is yet to agree on the need for restructuring SOEs.

The Washington-based institution said the shock occasioned by Covid-19 has also crystallised debt-related vulnerabilities and exposed weaknesses in some SOEs.

Official data shows that more than half the 127 State entities registered either losses or deficits in the 12 months to June, including Kenya Power, the country’s sole power distributor.

“Remaining issues to firm up include the scope of SOEs’ weaknesses and plans to revise the budget for the financial year 2020/21 to address these and other pressure points as well as some elements of the medium-term strategy,” said IMF in a statement on November 20.

CS Yatani is on record saying there are plans to merge or dissolve some State corporations, a move that would put thousands of civil servants’ jobs at risk. Yatani said the government had reached the tough conclusion that many State enterprises needed to be restructured “because, at the moment, some of them are actually a burden on the Exchequer.”

He gave an example where some parastatals, despite serving about 10 people a month, continue to incur huge administrative costs, including paying leases and employees.

“To avoid this… some of the State corporations will be merged, some will be dissolved and some will partner,” said the CS.

He added: “We are going to work on structural reforms … heavily.”

Alluding to Kenya Power, Yatani noted that despite the strategic importance of some of the corporations, they are reeling from major governance challenges.

Gerrishon Ikiara, an economist and a former Permanent Secretary for Transport, said restructuring is a delicate balancing act.

“Restructuring is necessary, but it needs to be done very carefully,” said Ikiara, who has also been an economics lecturer at the University of Nairobi.

The latest restructuring might see some job cuts at a time when the economy is going through a tough time. The deal between Kenya and the IMF has the echoes of the 1990s-style structural adjustment programmes (SAPs) that saw civil servants sent home as a condition of Kenya receiving aid from the World Bank and IMF.

Ikiara noted that whereas a lot of people lost their jobs then, there was a silver lining in the painful process.

He said from the restructuring of the telecoms sector emerged Safaricom, which has benefitted the economy immensely.

“Look at its success today in terms of technological transformation, which has completely changed the economy,” said Ikiara, adding that Safaricom now employs more than a million people compared to the 70,000 people who might have lost jobs when the sector was restructured.

The current arrangement with IMF, Yatani said, would begin in February.

And while Ikiara agrees that the arrangement would help the government become more efficient, it might also restrict economic expansion as the global lender will also restrict the country from borrowing.

Yatani further noted that the report of the Presidential Task Force on Parastatal Reforms is complete and would be launched soon. The task force was headed by former Mandera Central MP Abdikadir Mohamed.

“On privatisation of sugar companies, a decision has been reached to proceed with the privatisation of these companies by way of a long-term lease model, which will transfer the rights of use of each factory to the lessor for development and operation,” added the CS.

There are, however, no guarantees that the restructuring will be a success, going by the results of a similar exercise in the early 1990s.

In a much-publicised nationalisation plan, Kenya Airways will return in the hands of the government after it was privatised in the first phase of parastatal reform championed by the World Bank. A lot of people lost their jobs in the process.

Mumias Sugar is no longer in operation and has already been put under administration by KCB.

After being leased to the Rift Valley Railways, operation of the metre gauge railway once again reverted to the government.

EAPCC, which is also in the process of reverting to the government, had been approved for the first phase of divestiture by the parastatal reform programme committee back in 1992.

Other companies that were offloaded to private operators are National Bank of Kenya, which has since been acquired by KCB, Housing Finance Corporation, Eveready Batteries and Uchumi Supermarkets, all of which have been struggling for a variety of reasons.

These include competition and weak governance.

Ikiara said the parastatals that took long to deal with perpetual problems, such as political appointments and overstaffing, never recovered.