It’s a popular idea that if you want to make big money, you have to quit your job and start your own business. Most investment gurus will tell you that you can’t grow rich on a salary alone.

But then many of the chief executives of listed companies in Kenya disprove this idea – they’re banking millions of shillings a month, with a chunk of this cash coming from bonuses.

They’re reaping the benefits of applying their specialised skillset to improving the performance of their companies – most of them in the financial and investment sector – in the midst of a tough economic environment.

Chief executives make the bulk of their money through bonuses, with their basic pay being just a fraction of the total cash they receive.

In 2018, the latest period for which full-year financial results are available, Co-operative Bank CEO Gideon Muriuki emerged the best-paid employee in the country, at least going by disclosures the listed lender made in its report to shareholders.

Centum CEO James Mworia, however, went without a bonus in the year to March 2019, which consequently saw his annual remuneration dip 75 per cent to Sh45 million.

The idea of paying chief executives well, with the bulk of their pay coming from performance-pegged bonuses is global practise.

Boeing Company’s ousted CEO Dennis Muilenburg, for instance, is leaving the company with Sh6.2 billion ($62 million) in compensation and pension benefits, but will receive no severance pay in the wake of the 737 Max crisis.

A look in to the pay of South Africa’s chief executives reveals a similar trend, where the best-performing companies gift their CEOs hefty bonuses and generous pay packages.

For instance Absa, one of the largest banks in South Africa, paid it CEO Sh297 million (29.7 million rand) – which comprised of Sh140 million in basic pay, and short-term incentives (that included cash and share awards) of Sh15.9 million.

Barclays Bank of Kenya (which is transitioning to the Absa brand), on the other hand, paid its CEO Jeremy Awori Sh101 million – which included Sh34 million in basic salary, and Sh29.7 million in benefits, including Sh3.4 million in pension payments. Absa’s unit in Kenya registered Sh7.4 billion in profit after tax.

The 11 CEOs in Kenya that we have featured here earned more than Sh1.3 billion cumulatively in 2018.

The Centum boss has in the past made news for being among the best-paid chief executives in the country on the back of the lucrative bonus policy his investment company offers.

He was among the top five highest-earning CEOs when the rules requiring listed firms to publish their executives’ pay came into effect. In 2017, for example, Mr Mworia made Sh211.48 million, which translated to Sh17.6 million a month – or Sh600,000 a day.

Mworia’s pay has, however, dropped substantially over the last three years, as his company’s performance dips, resulting in his missing out on bonuses that are pegged on meeting targets.

Mworia is among the largest individual shareholders of the company, with a stake of about 0.8 per cent, or about 5.67 million shares as at March last year.

During this period, the company paid a dividend of Sh1.20 per share, which would have earned Mworia Sh6.8 million as a shareholder.

Centum’s shares on Friday traded at Sh28.65, which would put the value of Mworia’s stake at Sh160 million.

The company, which is 28.9 per cent owned by businessman Chris Kirubi, has in the past seen its high-paying bonus policy earn its employees up to Sh11.1 million per person on average in bonuses.

The other major shareholder in Centum is the State-owned development finance institution Industrial and Commercial Development Corporation (ICDC), which holds a 22.97 per cent stake.

In 2018, the Co-op Bank chief executive earned an average of Sh1 million a day.

His annual pay of Sh376.4 million, according to the bank’s latest full-year financial reports, was split into a bonus of Sh271 million and a salary of Sh105.4 million.

This was an increase from Sh370 million that he was paid in salary and bonuses in 2017 – an amount equal to the Ombudsman’s annual budget.

Mr Muriuki has been at the helm of the bank since 2001, and is credited with turning it around from a loss-making entity to becoming the third-largest bank in the country by asset size.

He has a 1.79 per cent stake at the bank, making him the largest individual investor in the institution that is largely owned by the co-operative movement under the Co-op Holdings Co-operative Society Ltd, which owns 64.56 per cent.

The bank paid shareholders a dividend of Sh1 per share, which would mean Muriuki earned Sh105 million for his stake in the bank.

The lender’s shares are currently trading at Sh15.25, which makes the CEO’s shareholding worth about Sh1.6 billion.

The Britam boss earned Sh81.6 million in the year to December 2018 in salaries and allowances as the firm did not pay him a bonus.

Though the 2017 pay was lower, Mr Wairegi had received a bonus of Sh5.5 million after meeting his key performance indicators.

In addition to the millions of shillings he earned in salary and allowances, Wairegi is also a major shareholder at Britam and earns a handsome dividend at the end of every year.

He has a four per cent stake in the firm, or 100.98 million shares. He was the second-largest individual shareholder after Jimnah Mbaru who had a 7.72 per cent stake.

While the firm did not pay a dividend in the year to December 2018, the insurer paid 35 cents per share a year earlier, which translated to a Sh35 million dividend for Wairegi.

Britam shares traded at Sh8.76 on Friday at the NSE, putting the value of his stake at Sh884.5 million.

“In addition to a monthly salary, Wairegi is entitled to a performance bonus which is based on meeting specific key performance indicators, which are agreed upon between the board and Wairegi at the beginning of every year,” said Britam in a breakdown of what its chief executive earns.

The British American Tobacco (BAT) Kenya MD earned Sh60 million in salary, allowances and other benefits in the year to December 2018.

Her annual salary was Sh19.2 million, which would mean that on average, Beverley Spencer-Obatoyinbo, who was appointed BAT Kenya managing director in May 2017, earned Sh1.6 million per month.

This was slightly higher than the Sh1.4 million earned by Keith Gretton, her predecessor, who left on May 2, 2017.

“In the year 2018, as part of their compensation as key management, the executive directors were awarded shares in the parent company, BAT Group (UK). Beverley Spencer-Obatoyinbo was awarded 5,859 shares (compared to 2,925 shares in 2017),” said BAT in its annual report for 2018.

As of December 2018, Spencer-Obatoyinbo had not acquired shares in the Kenyan unit. 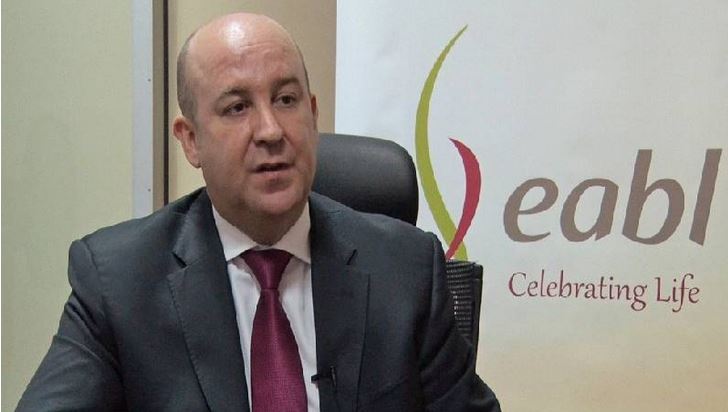 This included Sh35.8 million in basic salary, translating to a monthly salary of about Sh2.98 million. It also entailed Sh25.6 million in bonuses and Sh55.3 million in allowances and benefits.

“The benefits constitute a housing benefit together with the underlying taxes, car benefit and telephony benefit. The increase in benefits for the year ended June 30, 2019 is largely driven by the increase in salary and bonuses, which forms a base for the taxation on housing benefit,” said EABL in is annual report. 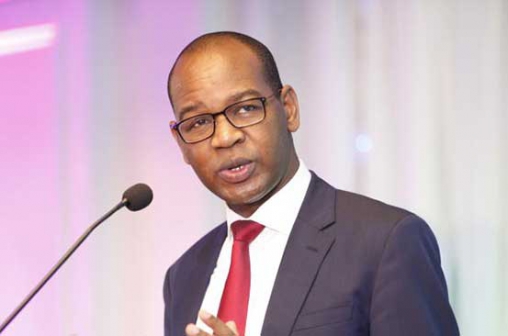 The KCB Group chief executive was reappointed to the helm in 2018 for another four-year term. He earned a salary of Sh68 million and a bonus of Sh180 million for the year ended December 31, 2018.

In addition, the bank paid him Sh10 million in allowances, Sh14 million in gratuity and a non-cash benefit of Sh1 million that includes a medical insurance cover, club membership and professional indemnity cover.

This brings his gross pay for 2018 to Sh273 million, making him by far the highest-paid executive at KCB Group, with board chairman Lawrence Kimathi a distant second earning Sh82 million over the same period.

Mr Oigara’s pay for 2018 was almost Sh20 million higher than the Sh256 million in salary, bonuses and allowances he took home in 2017, and reflected the improved performance of the bank.

The late Safaricom CEO Bob Collymore ranked among the highest-paid chief executives before his death on July 1 last year from acute myeloid lymphoma.

According to the company’s financial reports, Collymore earned Sh200 million for the year ended March 2019. This entailed a basic salary of Sh96 million, Sh32 million in bonuses and Sh41 million in non-cash benefits.

He was also paid Sh29 million under the firm’s employee performance share award plan, a modest increase from the Sh196 million he earned during a similar period the previous year.

The Barclays Bank of Kenya chief executive made Sh34 million in basic salary in 2018, and an additional Sh29.7 million in benefits, including Sh3.4 million in pension payments.

This brought his entire remuneration to Sh101 million, a 10 per cent increase from the Sh89 million he earned in 2017. 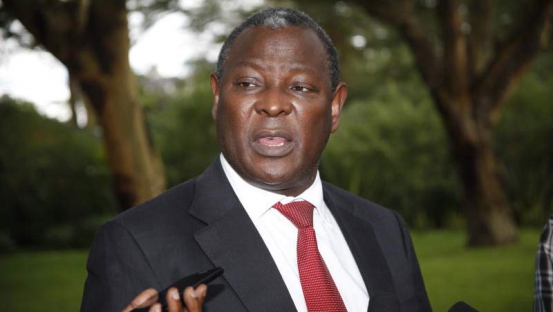 Equity Group CEO James Mwangi’s basic pay has remained constant at Sh56 million for both 2017 and 2018.

Mr Mwangi stepped down from the helm of Equity Bank Kenya in 2018 and handed over the reins of the local unit to former Nairobi deputy governor Polycarp Igathe, who has since left the lender.

In the two years, Mwangi has not earned a bonus payout, even as the company explains in its financial report that its remuneration scheme does not entail sitting allowances for executive directors.

“Executive directors are eligible to participate in the Group’s bonus scheme, which is anchored on the achievement of key business performance indicators, but are not entitled to earn fees or sitting allowances,” explains the firm in its financial report in part.

Mwangi owns 127.8 million shares in Equity Group, giving him a 3.3 per cent stake in the company.

With the firm paying out Sh2 in ordinary dividends in 2018, Mwangi’s shares earned him an additional Sh254 million.