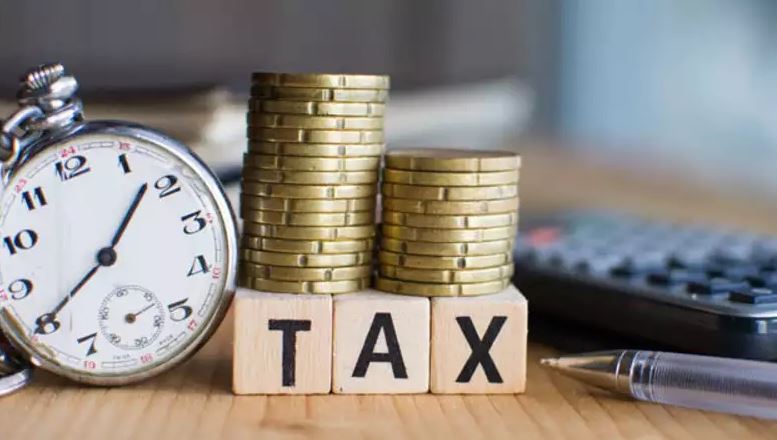 The year is 2015. A new, disruptive online tax filing system, iTax, is just a year old.

A contractor, let’s call him Smith, is one of the taxpayers. Mr Smith has benefited hugely from the flurry of construction activity initiated by President Uhuru Kenyatta’s government.

And today, he has won a Sh20 billion-tender to construct a road. Unfortunately, he had to part with a tidy sum of Sh5 billion to some fat cats in Government to secure the deal.

He needs to claim this Sh5 billion as a cost. Otherwise, his tax liability, specifically corporation tax on profit made, will be high as his margins will appear big.

In the analogue era, Mr Smith could have recovered some of this inflated cost through some simple tax-evasion trickery. But iTax came and spoilt the party.

And as part of his inputs, Mr Smith buys quarry stones, sand, ballast, and boulders worth billions of shillings from unregistered traders.

With a manual tax system, all he needed to do was to generate fake invoices showing that he bought these inputs worth Sh5 billion (for the cash he paid in kickbacks). This would result in a reduced Value-added tax (VAT), sales tax, as well as corporation tax.

With the new online system, however, even the informal traders from whom Mr Smith purchases building materials have to be registered as taxpayers on iTax for him to claim cost. They need to have electronic tax register (ETR) machines, which essentially enable the Kenya Revenue Authority (KRA) to automatically detect all their sales real-time.

It is nearly impossible for him to beat the digital system. To succeed, he would need to register those traders supplying him with the construction materials as companies.

Because the owners of the companies listed at the Registrar of Companies are different from those on iTax, the tax will not link the activities in the online system to Mr Smith.

These phantom traders on iTax can now generate purchases in the system matching his sales of Sh20 billion to the Government, enabling him to declare lower taxes. But how can he hack this?

Then, Voila, an individual pops up with some good news. He informs Smith that they have exactly such a scheme. And, for the first time under the new system, he will be able to dupe the taxman.

The events leading up to Mr Smith defrauding the taxpayers through a scheme in which traders on iTax pretend to have supplied goods are not hypothetical. They have happened here in Kenya. Not once, but several times. They involve multiple companies, including multinational corporations that have been hauling major Government deals.

Investigators at KRA have taken Financial Standard through a labyrinthine of a tax evasion syndicates that have seen the country lose Sh30 billion in unremitted taxes, money that could have afforded the country another Thika Super Highway.

Known as the "Missing Trader Scheme" within the tax circles, KRA investigators estimate that about Sh65 billion worth of fake invoices have been issued since 2015, with the peak being in 2016 when Sh32 billion worth of fake supplies were done. About 66 individuals have since 2015 helped several companies - from construction, electronics, textile to iron and steel - to evade the taxman’s dragnet by registering fictitious firms that have been able to mimic a genuine trading process by trying to meet all the legal requirement of a “supply” for tax purposes.

A total of 2,700 companies have claimed 16 per cent VAT and 30 per cent relief on corporation tax - the missing trader scheme. Total VAT foregone is Sh10 billion.

And, assuming that all the invoices were fake, corporation tax foregone is estimated at Sh19.7 billion. Ninety-six of the 2,700 companies had made fake transactions of about Sh46 billion with a VAT element of Sh7.4 billion.

This at the time when KRA has continued to fall short in its tax collection efforts, a situation that has seen the country’s debt surge to unbelievably high levels. This is even as President Kenyatta’s government goes on a borrowing spree to finance an ambitious Sh3 trillion annual budget.

The KRA Commissioner in charge of Investigations and Enforcement, David Yego, said the traders are described as "missing" because they are using identity theft to register companies.

He gave an example of a university student whose details had been used to register 25 trucks. “Missing trader scheme has been done before in many other countries that digitised their tax systems,” said Yego.

Besides kick-backs and corruption, another incentive for purchasing fake invoices is under-declaration of imports, leading to a loss in import and excise duty. Let us assume that a trader imports ceramic tiles.  He buys the goods worth Sh100 million but says they were worth Sh60 million. Unfortunately, the cost of sales of these items will be captured on iTax and will certainly edge up closer to the actual cost of Sh100 million.

He needs to find a way of bridging the difference. Just as Mr Smith, they will secure fake invoices showing that they were supplied with some inputs that went into the final output.

The fake invoices have also been purchased by those keen on suppressing their profits as well as those dealing with non-registered taxpayers to supply goods and services.

The Missing Trader Scheme has its tentacles spread into banks and forex bureaus and has involved the theft of identities of students, house-helps, drivers, shamba boys, and dead people to facilitate one of the biggest tax-heists in Kenya.

“The level of involvement was so well planned to go round our system and even those of banks,” said KRA Acting Commissioner for Intelligence and Strategy Operations Dr Terra Saidimu.

Normally, the money, like Smith’s Sh5 billion, would be sent to an account operated by the missing trader. The transfer is basically to create a notion that they paid for some goods - sand, ballast, stones, and boulders that Mr Smith allegedly bought.

The "missing traders" have been assigned bank accounts. The names listed on these bank accounts are different from those in the KRA system. And for the tax cheats to operate the accounts, they have the power of attorney that allows them to carry out transactions unnoticed.

They open several bank accounts to dupe the Banking Fraud Unit officers who are on the lookout for huge cash transactions. “You will see money coming in and immediately leaving,” said Mr Yego, noting that the transfers are massive.

But because the missing trader manager only needs, for example, 10 per cent of the loot, they will withdraw 90 per cent and leave their cut in the account.

They might also withdraw the entire amount and give their accomplice their share. “Beneficiaries will use it as cash transactions. Some of it they take it to forex bureaus where it is either converted into dollars or the beneficiary instructs the bureau to wire it into the offshore account from where they use the money to buy imports,” said Yego.

The cash in dollars could also be transferred to the beneficiary’s bank account outside the country which they could then use to pay for the imports in a foreign market.

Although missing trader entities are managed like a typical company, they did not have a physical location. Most of those arrested were working from expensive homes in Parklands and Westlands in Nairobi.

A missing trader scheme has a financier, one who bankrolls the entire scheme.

There is a manufacturer of invoices, the marketers and distributors of those invoices such as the hypothetical individual that approached Mr Smith.

Dr Saidimu said they stumbled on the scheme in 2017 while dealing with undervaluation of custom duty.

They had targeted importers of tiles who had always beaten the system by providing all the documents. However, when they went to trade statistics and compared their profit margin with those of their peers, they realised their gross margin never went above one per cent.

They also realised that some companies that dealt in items that were wholly imported were also being supplied by some local firms for value addition.

Soon, they unearthed a network of 20 local suppliers. These companies were not dealing with ceramics alone but also supplied to construction and other sectors. Another tip-off to KRA sleuths was a curious case in which creditors in the balance sheet of one of the companies were building up every year.

In other words, the company was not making any payment to its suppliers. “Our question then was: How can you buy from somebody and you don’t pay? Where is this person getting the goods he is selling to you?” wondered Yego.

They then decided to zero in on the company. In the process, they identified six business names which, interestingly, were registered by two individuals.

Alarmed by this finding, they went to the Registrar of Companies to find out who the real owners of these firms were.

At the registrar's, they realised that the firms were registered by different people from those in iTax. These missing traders pretended to have sold goods when in the real sense, they had just exchanged invoices.

“There work is to manufacture invoices,” said Mr Yego. To date, four of the six manufacturers of invoices have been charged in court. Two sneaked out of the country, and KRA is working with foreign agencies to have them extradited.

Part of those arrested included one whose documents were used to issue invoices worth Sh11.6 billion. Another one who was arrested in Western Kenya had registered 12 business names and issued invoices valued at Sh15.3 billion.

Another trader, who is said to have issued invoices worth Sh22.5 billion, is at large and is suspected to have sneaked out of the country.  There 16 cases under the tax tribunal involving the revenue value of Sh1.2 billion.

As far as the beneficiaries are concerned, 63 of them have been arraigned in court. About 200 other cases are still under investigation.

Fuel prices will go up in the proposed pricing guide that will see retail margins go up to Sh8.19 per litre next month from the current Sh3.89.

By Frankline Sunday in Kinshasa | 21 hours ago

By Dominic Omondi and Patrick Alushula | 21 hours ago