Why State affordable housing plan is built on shaky ground 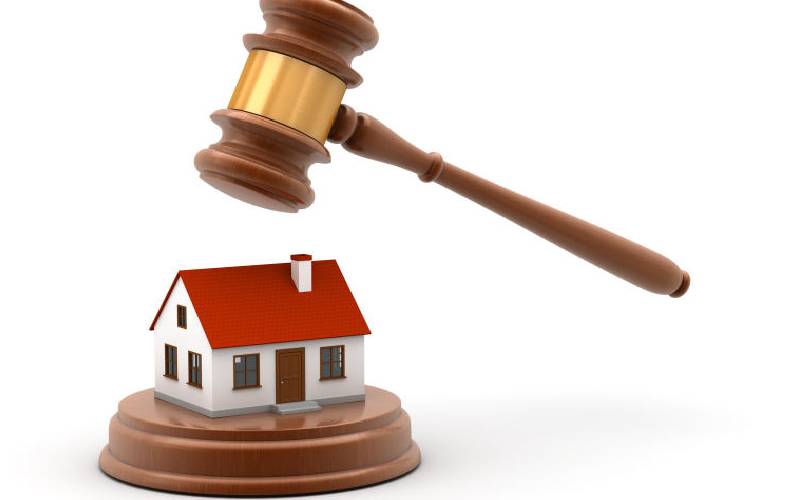 Smarting from failing to secure the all-important Sh368 billion Standard Gauge Railway loan from China, President Uhuru Kenyatta appears to have shifted his focus to his other pet project, the affordable housing plan.

Making his first official public appearance last Wednesday after a lengthy hiatus, the president delved into the subject of affordable housing with renewed gusto.

“Kenya has Sh223 billion outstanding mortgage, which is just 2.7 per cent of GDP, meaning the industry is still small as compared to 31 per cent of GDP in South Africa,” said President Kenyatta, throwing out a dart of data to justify his increasing priority towards housing.

The new 1.5 per cent levy to be met by the employee plus an equivalent amount by the employer towards the National Housing Development Fund has generated heated debate in the country and has been challenged in court, stalling its implementation.

The contributions are meant to raise money to fund the Government’s housing plan, being one of the pillars of the Jubilee administration’s Big Four agenda.

President Kenyatta has set out to put up 500,000 affordable housing units by 2022 under the plan as one of his legacy projects.

His plan has, however, been stalled by numerous legal hurdles and last week suffered a fresh blow after the Employment and Labour Relations Court suspended the implementation of the 1.5 per cent housing levy until May 27, when the case will be heard.

Justice Maureen Onyango extended the orders stopping the Government from implementing the tax to enable consolidation of cases filed against it.

This as critics of the housing project poured cold water on the plan being carried out in conjunction with the World Bank and the Sh2.2 trillion private business investment mobilised to make it a success.

Institute of Economic Affairs boss Kwame Owino speaking a day earlier, sought to debunk the echo chamber full of investors who had been invited by the Commercial Bank of Africa (CBA) to crack open the whole affordable housing package.

“My first question is, does Kenya have a housing project?” posed Mr Owino. State documents base the need for housing on a World Bank study titled the Kenya Economic Update: Housing—Unavailable and Unaffordable, which puts the housing deficit in the country at over two million units, with nearly 61 per cent of urban households living in slums.

The report indicated that Kenya needs to build 200,000 housing units annually for all income levels.

However, the production of housing units is currently at less than 50,000 units annually, which has led to the deficit. But Mr Owino was not buying it. According to the economist, this is what is considered as the ideal, what Kenyans would want and not necessarily what they would buy into if the houses are indeed built.

“For example, it is possible that all 12 million households in Kenya would express a desire to live in condominiums or penthouses, but that doesn’t mean that the quantity demanded condominiums in Kenya today is 12 million,” he explained.

The Government, he said, would have to rely on more than the World Bank-backed data to justify its plan to give away land to private firms for its pet project.

It would have to address a myriad of other issues affecting the sector, including the red tape around approval processes as well as electricity and water access to areas designated for the project. Principal Secretary Housing Charles Hinga, however, dismissed Kwame’s contention.

“Just look at the informal settlement around; the high walls we are building around our homes will not be tall enough to protect us. The people in informal settlements are easy to radicalise because they do not feel part of the country. They have nothing to lose,” he said.

He also said the country needs a housing plan that guarantees all Kenyans the right to decent housing, and that the affordable housing push is the only way of achieving this.

However, according to Mr Kwame, the Government is treating the symptoms and not the disease.

Slums, he argued, are as a result of poverty and not as a result of lack of houses. “The existence of unplanned settlements or slums in urban neighbourhoods is not evidence of a housing problem. Rather, it is evidence of an income and employment problem,” said Mr Owino.

The economist recommended that the government allow an optional fund where employees can choose whether to save the 1.5 per cent with the State or the private sector.

This, he argued, would give competition to the State-run fund and serve the same purpose. He is not the only one who has tried to question how the State hopes to implement a programme to build half a million houses, with a majority of Kenyans already having invested in alternative home ownership plans.

Questions also linger over the viability of delivering half a million houses over the next three years, the structure of financing that forces workers to contribute even when they do not qualify to benefit as well as the cost of how the Government will deliver the cost of Sh30,000 per square metre.

This considering that calculations show that even without the land factor, it would cost Sh50,000 per square meter. But PS Hinga reckons there are more serious concerns that could determine the success or failure of the project.

“Our biggest headache is the trust deficit. This is why we have decided to build a couple of houses in the next few months so that by September, we hand over the keys. Park Road is 60 to 70 per cent done; we have contractors there running three shifts,” PS Hinga said.

He said 220,000 people have already registered on the new bomayangu.go.ke platform that the Government hopes will enable it to plan for the project based on needs and data submitted via the portal.

Of these, the PS said, the first 228 new homes at Park Road will be distributed to them and a further 10,000 units in Lukenya.

Despite the pessimism among a majority of Kenyans, however, one structural engineer said the Government may pull off the project since the high-rise houses share roofs and floors and have no land factor and get basic finishing.

“If the Government keeps its commitment to construct the support infrastructure such as roads, water mains, waste water lines... the delivery of units at approximately Sh32,000 per square metre is reasonable,” said Eng Mongeri Omwoyo.