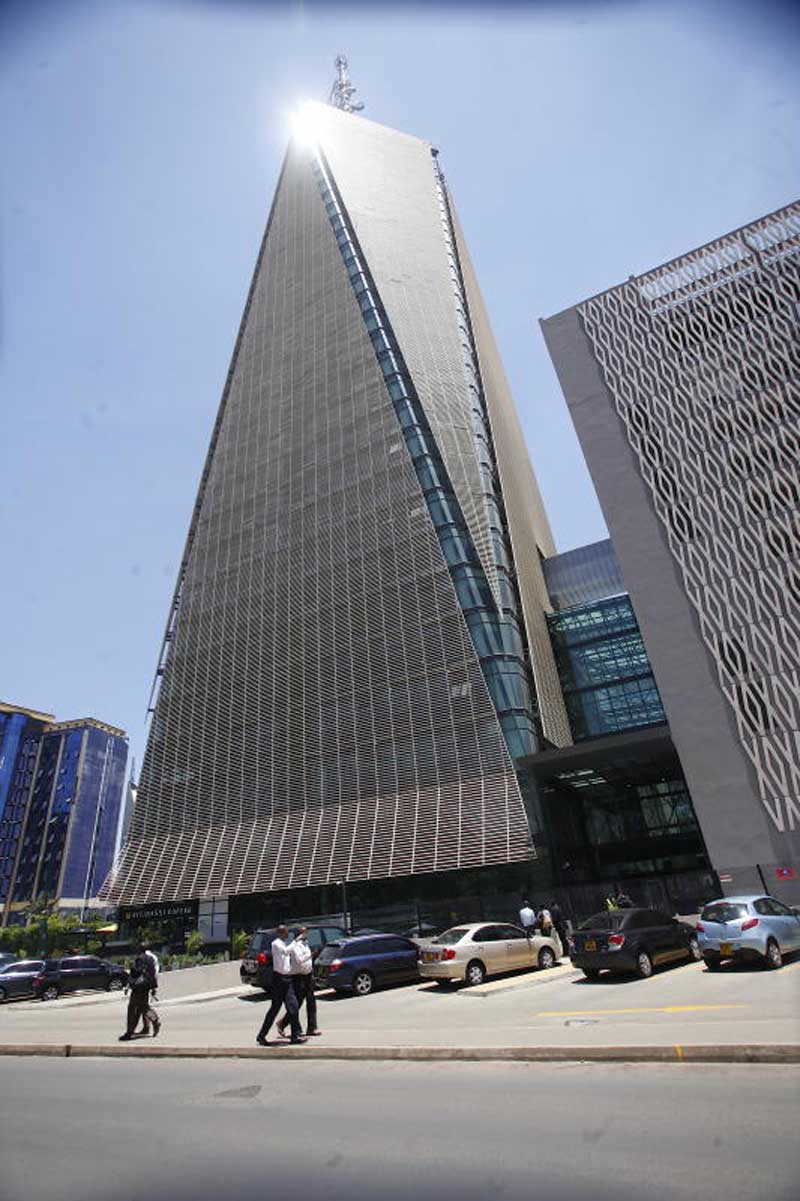 The recognition is meant to deliver a view of important buildings, space, and technologies while advocating for improvements in their performance, especially those that have the greatest effect on the people who use them each day.

This means that the buildings highlighted are often not the tallest in a given year, but represent the best qualities and innovations in the typology. Britam’s Group Managing Director Benson Wairegi said the multi-tenanted office building embodied the qualities of strength and stability.

“The building had to make sound commercial sense to the investor and tenants alike and add value to the precinct in which it is situated,” he said.

The panel of experts said “Britam Tower’s strategic balance of rainwater harvesting, ventilation, and passive heat mitigation strategies saved 39 per cent on energy and 50 per cent on water use compared to a typical building.

In February, Britam Tower also received the Emporis Skyscraper Award, becoming the only skyscraper in Africa to feature among the top ten buildings in the world.

The Emporis Skyscraper Award is the world’s most renowned prize for high-rise architecture.