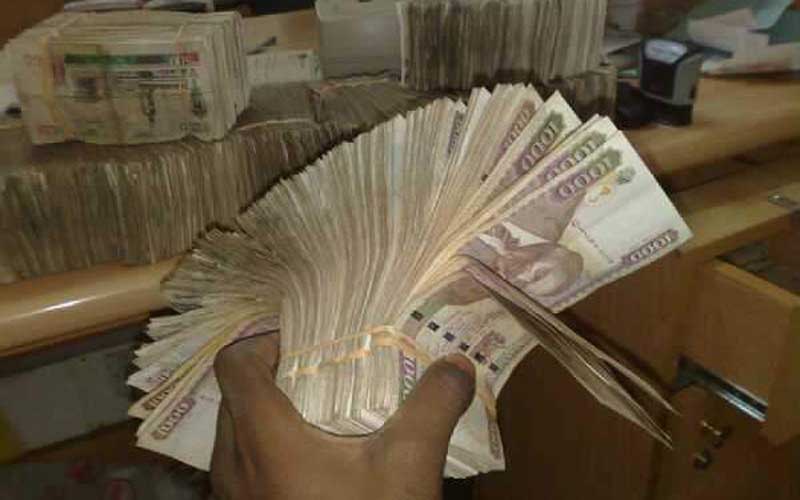 Nairobi is still Kenya’s powerhouse, having produced goods and services worth Sh1.8 trillion in 2017.

So significant is Nairobi’s role as a commercial hub that it leads in almost all the sectors of the economy except in agriculture, education, electricity supply, mining and water supply, according to the inaugural 2019 Gross County Product (GCP) released last week.

While other counties produce flowers, coffee, tea, fruits, vegetables, maize, rice, wheat, among others, it is in the so-called city in the sun with its vast manufacturing and service industries that some of the produce is value-added into manufactured products and then distributed across the country.

Almost 60 per cent of the country’s manufacturing is done in Nairobi, making it the apple of investors’ eyes in the next four years.

This is if President Uhuru Kenyatta moves to actualise one of his Big Four agenda of creating jobs by revamping the manufacturing sector.

Kiambu, the home of shoe manufacturer Bata, is a distant second, contributing only eight per cent of the total manufacturing.

However, according to the report, there remain untapped opportunities for industry sector development in counties, including Lamu, Samburu, Isiolo, Tana River, Elgeyo Marakwet, and Baringo.

And while there is a lot of cash going around in Nairobi, other counties such as Nakuru are catching up quite fast.

And unlike Kiambu and Machakos, for example, which are feeding off their proximity to Nairobi, Nakuru is experiencing organic growth driven by optimal agricultural production and electricity generation.

Enough supply of electricity in the county means that investors will in future find it easier to power their industries when they set them up in the South Rift county.

Nakuru’s superiority in agriculture also puts it in a pole position to benefit from the other of Big Four agenda - food security and nutrition.

Besides the generation of electricity, mainly from geothermal, Nakuru County is also the leading in the agriculture - the mainstay of Kenya’s economy.

Nakuru and Nyandarua are big on horticulture, one of the country’s key foreign exchange earners.

Other foreign exchange earners such as tea and coffee also fired Kiambu, Meru, Bomet and Bungoma ahead of Kenya’s bread-baskets such as Uasin Gishu and Trans Nzoia which are known to be major producers of maize.

The inaugural 2019 Gross County Product Survey released last week by the Kenya National Bureau of Statistics, showed that the country’s capital leads in nearly all fronts.

According to the study, real estate is another sector to watch with President Kenyatta’s government casting its eyes on the construction of at least 500,000 affordable houses by 2022.

Nairobi is still the county to watch on this front, with Kiambu second and Mombasa third.

Kakamega is a surprise leader in education, followed by Bungoma, Nakuru and then Nairobi.

Mining, for which the Government is setting up a fund, was led by Machakos which is a major producer of sand used for building, followed by another sand-harvesting zone of Migori - albeit the latter also has oil deposits that might have shored up its performance.

The dearth of professional and technical services in the 46 counties other than Nairobi is also daunting.

The sum of all the professional services such as legal or accountancy offered in Nairobi is eight more than those offered by the rest of the counties combined.

But it has not been all smooth sailing for the capital, which some analysts had estimated its economic size to be more than half that of the country.

“Counties that are largely dominated by urban centres, notably Nairobi and Mombasa, have had their shares of GCP consistently decline over the period mostly due to growth in agriculture’s contribution to the gross domestic product.

On the other hand, counties with a strong presence of agricultural activities, particularly horticulture, have consistently improved their share of GCP over the period,” Kenya National Bureau of Statistics Director General Zachary Mwangi said.

Nairobi is among the laggards in agricultural production and its share of GCP has been eaten into by counties such as Nakuru.

However, studies such as Ease of Doing Business among the counties have shown that a greater GCP does not necessarily amount to an attractive investment environment.

The Ease of Doing Business 2018 found that it is far easier to start a business in Eldoret than in Nairobi while construction is easier in Kisumu.

The only thing that Nairobi led other counties as it leads them in wealth creation is in the ease of registering property. Busia leads in the enforcement of contracts.

Although Kenya remains an agricultural economy, there are fears that it has not fully exploited its potential, especially as most of the farming is rain-fed.

Kenya has become a country whose agricultural research and application of new farming technologies have been left decades back while the country imports virtually all primary goods including maize, sugar and rice.

Kenya produces 36 million bags of maize per year against a demand of 42 million - importing the difference.

The cost of production for the two crops is far higher than in many places, hence the attractiveness of cheaper maize imports from Uganda and Tanzania which are sold at a markup on the local market which has incentivised an importation cartel while stifling local production.

The KNBS data shows that agriculture, a devolved function, is the surest way for the county to become rich - boosting of a Sh2.8 trillion portion of the Sh7.5 trillion economy and the only sector above a trillion shilling.

Agriculture bolstered Nyandarua and Elgeyo Marakwet to place them at the pole position as the most productive counties in Kenya per individual, trouncing the country’s capital in GCP per capita.

Nonetheless, Nairobi’s GCP was the largest contributing 21.7 per cent to the country’s GDP ((the sum of all goods and services produced) in the country, lower than the previously hyped 60 per cent.

Nakuru came second, surging ahead of Mombasa and Kisumu that enjoy city status. Nakuru, a traditionally agricultural county, contributed about 6.1 per cent to GDP in 2017.

The KNBS data has also helped counties identify their comparative advantage where they could channel their resources to grow faster and compete.

“The data provides information on investment opportunities for the private sector to carry out value addition, especially for countries which are agriculture-based,” the KNBS Director General Zachary Mwangi said.

For instance, in agriculture, Nakuru fired from all cylinders with a Sh301.3 billion sector returns while those in pursuit of the earth’s resources would be better off in Machakos that boast of a Sh9.6 billion mining and quarrying sector.

In accommodation and food services, Mombasa made a claim to the throne at Sh12.7 billion but was not enough to trounce the country’s capital city.

Kiambu also pulled itself up in matters health at Sh8 billion but was half Nairobi’s Sh17.8 billion.

The data also indicated a need to get professionals outside the city whose sector constituted Sh122 billion while the worst sector score was posted by Tana River’s professional industry that is worth only Sh1 million.

Do money apps make us better or worse at managing our finances?

As personal debt levels continue to rise around the world, it seems money apps can cut both ways.