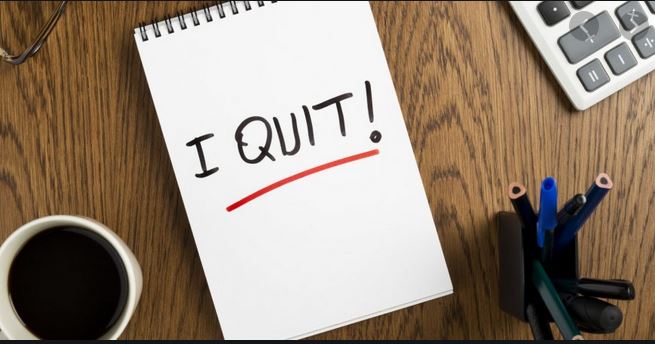 We go to school, graduate, get our dream job ... and then we quit? No, that doesn’t sound right, but it is what many visionary entrepreneurs and trendsetters have done to change the world and reach their fullest potential. It isn’t always a success story. Yet life without risk can be stagnant and unfulfilling.

Today, we look at two people who dared to leave their well-paying jobs to follow their passion and calling.
Meshack Muhoho.

Not everyone gets to earn a seven-digit salary, especially before they’re even 30, but when a man chooses to walk away from that money to pursue his own dream, that can be deemed as either brave or foolish.

Meshack Muhoho, 33, is definitely not foolish, but was his decision to leave a lucrative job at multinational tech company IBM to start a real estate business a brave one?

Women leaders pioneering the use of artificial intelligence

“You can either chase money or you can chase vision. I always choose vision,” Meshack says.

It was this attitude that propelled him to rise through the ranks after he graduated from the University of Nairobi.

Meshack worked for six months at a call centre before he got his desired position at a telecommunications company as an IT programmer. In three years, he had risen to senior management and was attracting a six-digit income.

“I believe in learning; I believe no duty is too small or too demeaning to be done. So when I got my first job as a call centre attendant, I took it seriously. I learned how to handle people, how to fight on the side of the customer, and the side of the management. It’s a crucial balancing act,” he says.

Meshack used this lesson well when he got employed at IBM as the country service manager. He oversaw projects in at least 17 countries across Africa. This time, he was earning a seven-figure salary.

Yet, unlike many people who would consider this the top of the mountain, he refused to settle – he knew his ultimate mission was something else. Meshack had determined when he graduated from campus that he would be out of employment by the time he was 35.

The decisions in his working career had been calculated and geared towards reaching this target. Therefore, his timetable for exiting full-time employment panned out in a deliberate fashion, not by accident.

Six months before Meshack stepped down from his role at IBM, he registered his company, Enkavilla Properties.

Six months before Meshack stepped down from his role at IBM, he registered his company, Enkavilla Properties.

His reason: “I have always had a passion for real estate. I think people should live well and I don’t think that should be reserved only for those who earn seven-digit figures.”

His vision: ‘‘Enka’ is a Maasai word for ‘homestead’. Enkavilla’s vision is to build well-rounded, gated homesteads on serviced plots with all infrastructure in place. This means it sells plots connected to water and electricity, and with perimeter fences and internal roads.

Meshack’s ultimate goal is for Enkavilla to be the go-to company for all issues related to real estate, including investment trends, research on growth projections, competitive financing options, and eventually, to expand to the lower-income bracket.

His mantra: “There is no such thing as limited opportunities. Chances are many, you just have to be brave enough to step out and find them.”

Florence Mbithe
In Africa, it is often said that a child belongs not to the home, but to the village. Florence Mbithe, 42, took this statement and belief system literally when in 2013 she decided to quit her job as a marketer and run a feeding programme for orphaned and abandoned children in Athi River.

What she ended up doing was opening a full-time children’s rescue centre. Many people are happy to give clothes, food, money and even volunteer time to those in need - but how many would give up their employment?
“I didn’t plan for this to become my life. All I knew was that these children needed help and no one else seemed to be providing it,” says Mbithe.

She had reservations when she quit her job. She was brought up in comfort, though not affluence and her father always told her that education was her sure bet to success.

“I went to school to please my father. Sometimes I didn’t understand what was going on. There were these children who would come to school hungry, barefoot, cold. I didn’t get why it was so important to teach them mathematics instead of first feeding and clothing them.”

Mbithe was always conscious of the fact that while her father could provide for their family, many of the children who went to the public schools in Athi River did not have the same privilege.

Later, she graduated from Daystar University where she studied marketing. But even here, she had classmates who ended up in the slums, eking out a living however they could. It was her former classmates’ children that Mbithe ended up feeding in Bondeni Slum when she started a feeding programme with some other women in her church.
But the programme did not last long because of the gravity of the need. They pulled out.

Two weeks after they stopped feeding the project, some of the boys that Mbithe had met in the slums came looking for her at the church. She was so touched that she re-started the programme, but this time she was alone. As the demand and the numbers grew, Mbithe knew she would need more time and space to cater to the needs in Athi River.
It was a few months after her father passed away that she decided to quit her job to start what is now Bondeni Children’s Rescue Centre.

Her reason: “I never lacked as a child, but I grew up around poverty. I could never wrap my head around that. The children in Bondeni who were starving and homeless were the children to people I shared a classroom with. I couldn’t pretend that wasn’t my reality. So I answered the call.”

Her vision: “Bondeni Children’s Rescue Centre is different from a children’s home. A rescue centre is the first point of call when a child is found abandoned, caught in a custody case or when the authorities rescue children from unwanted conditions, such as trafficking. The rescue centre, the only one in Machakos County, has never sent a child away, so we are almost always strapped for space and finances. My vision is to buy our land, build our school, and eventually start self-sustaining businesses.

Her mantra: “There is only so much you can plan. So after you’ve done the best you can, you leap and allow God to work His miracles.”

By Annie Awuor | 4 days ago