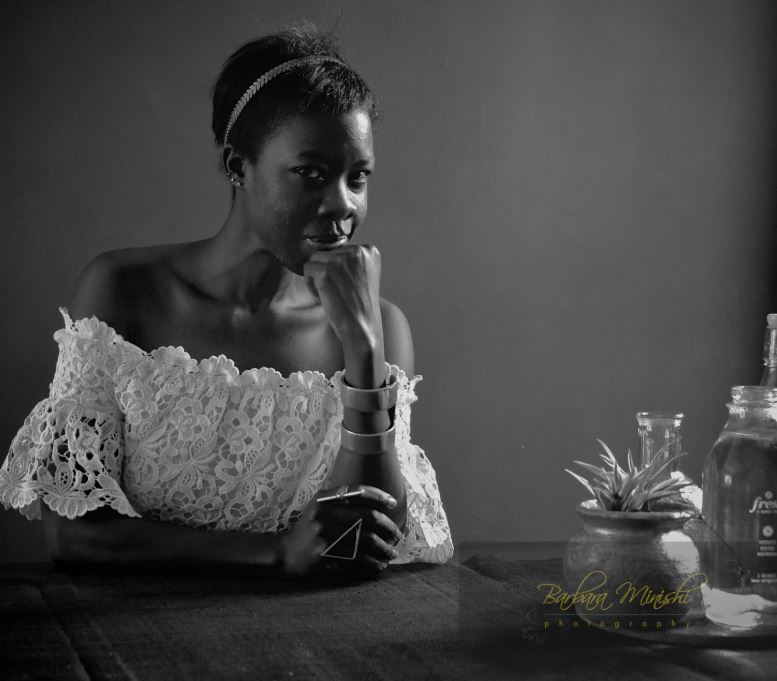 “You have to be aware of the narrative that runs your life and sometimes, be willing to go back to zero to rewrite it,” says photographer Barbara Minishi.

“In 2016, I was forced to do just that, when it struck me that I couldn’t sustain the life I was living anymore. More importantly, I didn’t have to. I had nothing to prove to anyone.”

Barbara, 39, came into photography in the early 2000s when she discovered she felt alive behind the lens. Following her passion led her to work on magazine covers, fashion shoots, films and celebrity portraits with public figures like Martha Karua, Fareed Khimani, Pinky Ghelani and Misiko Andere.

She was featured in Al Jazeera’s docu-series, New African Photography, following her iconic project, The Red Dress Project, celebrating the diversity and commonality of women.

Despite all these accolades, like many talents in Kenya and indeed the African continent, translating the arts into a meaningful livelihood has been a challenging path for the photographer.

In a candid conversation with Hustle, she describes balancing passion, art and life.

What was your path into photography?

It all started when I was holding my camera one day and it just hit me, you know the way you’ve been friends with someone for a while and then one day you look at them and realise how much you love them? Like that, it hit me, this is what I’m meant to do, tell stories through my pictures.

So I became curious, knocked on a lot of doors. In a random conversation, I was asked by Carol Wahome, a stylist, to help her with styling on a True Love shoot. It turned out that the photographer’s assistant hadn’t showed up to work. Since I had some free time, I offered to help him. I didn’t know much in terms of professional photography, but I guess my passion shown through, because he invited me to do other jobs with him.

Before I knew it, I was working on fashion spreads, magazine covers and portraits.

What makes a good photographer?

Slowing down. You have to slow down. In photography the impulse is to frame and shoot, but if you really want to capture a moment, you have to first understand what you’re looking at and see it, not just through your eyes, but through the eyes of your subject.

Let’s talk about money; it seems to be a universal challenge for artists in Kenya. Why is that?

Speaking from my own experience, when it came to projects, my challenge with money resulted from me not asking for help or bringing on others with expertise in investments and sponsorships.

I had a similar experience with another great project, the Red Dress Project, where I got to work with Martha Karua, but even that didn’t reach the heights I had envisioned. The project was covered in a documentary by Al Jazeera, but I had to stop it mid-stream because funds run out.

Weren’t the projects bringing in money?

By 2016 I was struggling. I moved out of my four-bedroom house and sold everything.

In 2017, I almost sold my camera equipment. It was bad at that time, I remember selling off my shoes to buy food.

What do you now know that you didn’t?

That I can’t do it all alone. Collaborations are integral. When working on something that could benefit from investors and sponsorships, I should seek them out. I went it alone and run out of money.

Also, one should not be trying to keep up with the Joneses. Don’t live for others or the image of who they think you should be. And when the hard times hit as an entrepreneur, adjust living and operating standards accordingly, without worrying what others will think or say of you. Or your status.

During the good times, when an artist/ entrepreneur is enjoying success, what should they do?

The good times are about owning your craft and accolades. I used to stay in the shadow behind my camera because I thought it was the modest thing to do. But then I missed out on making some great connections and networks, yet I had access to all these people. So step up and don’t shy away. If you are great at what you do, you are great. Own it.

What keeps one going in those dark moments?

You know, I believe its during the dark nights of the soul that you get the fertiliser you need to project you into your new cycle, but you have to allow yourself to connect with your truth. If you do that, everything eventually comes together.

For me, that’s my current project, The 13th Path.

I believe everyone has a life path that’s unique to them, because we all see the world slightly differently. The 13th Path is an autobiography, it’s therapy, healing and connection.

That’s what The 13th Path is about; a multi-media project, using pictures, film and words to portray the human journey and the cycles of life.

What do you want to do with the project once it’s complete?

Ultimately, I’d like an exhibition and a book. But I’m also open to whatever shows up because I’ve learned not to fight the flow, but to trust it is getting you to exactly where you need to be, and you’re going to be okay.

Yes. I feel such an overwhelming sense of joy, contentment and satisfaction. Not because everything is perfect, but because I am in my element.

I get to engage with the world, connect with people, embody my talents and use them. I am in my truth, and I am blessed to be in this space.