No other administration has had to contend with as many crippling court cases as President Uhuru Kenyatta’s government. And with just two years to the end of his term, nearly all the president’s legacy projects are at risk.

The president’s quest to deliver affordable housing, which alongside manufacturing, universal healthcare and food security constitute his Big Four Agenda, suffered a blow after the courts halted a mandatory levy the government was banking on to fundraise for the 500,000 houses plan.

Further, the Sh6 billion Huduma Namba project, a biometric platform designed to integrate all the data the government has on an individual under an overarching unique number, has yet to materialise, a year since launch.

The quest for the National Integrated Identity Management System (NIIMS) has been mired in court cases since inception. And with a fresh onslaught on the appointment of a data commissioner, it appears it will remain a mirage.

The government is fighting on two fronts to eliminate hurdles to the project.

First, it is battling lawyer Adrian Kamotho before the Employment and Labour Relations Court, which last week halted the appointment process. Second, it has to fight an appeal filed by the Nubian community alongside the Kenya Human Rights Commission (KHRC) against a High Court ruling that gave the Huduma project the green light.

The fight over the project demonstrates the vicious wars between the government, individuals, activists and NGOs that put President Kenyatta’s legacy at stake.

An analysis of cases shows that almost all the major projects the president has championed have battles in court, some have stalled, others intend to be stopped and others have had their implementation halted.

From brick-and-mortar projects to service delivery and government appointments, the Jubilee government is facing myriad accusations in court, including a lack of transparency, flouting of the law, community scepticism and dissent.

As of last year, it was estimated that courts were hearing cases touching on government projects worth Sh300 billion.

However, the Jubilee administration has often found itself in court for overlooking the fine print in various legal undertakings.

Uhuru has often accused the Judiciary of frustrating his projects, with the relationship between himself and Chief Justice David Maraga deteriorating after the Head of State refused to appoint 41 new judges. The CJ has publicly stated he is unable to secure an appointment with State House to discuss the matter with the president.

And in just one year, at least 131 cases had been filed challenging government projects, and of these, it is claimed that a majority were filed by one person.

On this claim, the president asked: “I am here to ask you to ask yourself serious questions when you give injunctions. Surely if we are working for the same interests, why it is 99 per cent are filed by one person and you, mnampatia same day?”

But some cases go beyond one individual. For instance, the plan to construct at least 500,000 housing units across the country by 2022 raised public uproar after it was announced that the funds for the project would come from salaries.

The government wanted to impose a 1.5 per cent levy on wages that would go to the National Housing and Development Fund. Employees were to pay a high of Sh2,500 and a minimum Sh200 in a bid to raise Sh48 billion annually to finance the construction of low-cost houses.

But the courts slammed the brakes on the plan. The government then reversed its earlier directive that the contribution was mandatory. It had to seek alternative financing to prevent the project from stalling.

“There are several issues surrounding these projects. Some may be environmental and they (courts) resolve the issue of the harm they are likely to cause. On most of these issues, a judge should focus to the facts of the case to know whether to injunct or not,” Mungai said.

He added that there are instances when a judge can order for compensation.

“In such instance, I wonder whether a road should be stopped as you have already sent a contractor. There may be a bigger loss in terms of public finance. Environment and compensation issues are major issues, but there are political issues. In instances where there are critical reasons, then the court can intervene.”

The $1.26 billion (Sh136 billion) Ethiopia-Kenya power transmission line has also been the subject of duels between the government and landowners. The 500kV transmission line under Ketraco ought to inject 2,000MW into the national grid. It is about 1,045km, of which 445km is within Ethiopia’s territory and the rest in Kenya. Started last year, it ought to have been completed within a year.

Documents obtained from the AG’s office indicate that the dispute involves Sh120 million compensation, and the courts have barred Ketraco four times. The latest development on the project was in March this year where the court declined to lift its orders in a case filed by Michael Mwai.

Torn between appealing to lift the orders and the cost of delay, the AG’s office in its correspondence opted to have the main suits determined or in the alternative, Ketraco negotiate with the aggrieved parties to settle the cases out of court.

Ketraco’s problems with the project started with a Spanish firm it had contracted for engineering and design services. The firm, Instalaciones inabesna SA, obtained orders barring Ketraco from engaging any other contractor or accessing the site pending an arbitration case it had filed.

Ketraco in its letter to the AG on September 2 asked for an opinion on whether it should proceed to appeal a Sh400 million award by the tribunal to inabesna, saying it was a double loss.

Solicitor General Kennedy Ogeto, in his reply to Ketraco, indicated that since the tribunal had made a determination, the temporary orders were then moot.

“Consequently and noting the adverse effects of the injunctive orders on the project which has resulted to non-completion of the transmission line, we are of the view that the interim orders in place are now overtaken by events and accordingly advice that Ketraco should access the site and procure a new contractor,” Ogeto’s reply dated October 15, 2019 reads in part.

Another mega infrastructure project in the corridors of justice is the express highway that would link Jomo Kenyatta International Airport and Westlands at a cost of Sh61 billion.

Through lawyers Soyinka Lempaa and Dudley Ochiel, the NGOs complained that Kenha and the contractor should have immediately left the site to await the determination of the environment dispute as the High Court in 2018 had suspended amendments to the law requiring parties to apply for an injunction.

Katiba Institute boss Yash Pal Ghai, in his affidavit in support of an appeal filed before the environment tribunal, said they had asked the tribunal to halt the project thrice, on June 4, June 11 and June 18 this year, but there was no intervention.

On the coal power plant and Lapsset projects, the government was taken back to the drawing board for flouting the law on environmental conservation. In the Lapsset case, it was ordered to pay Malindi fishermen at least Sh1.7 billion for interfering with the flora and fauna within their fishing area.

The SGR project’s contract was found faulty by the Appeals court and is headed to the Supreme Court. 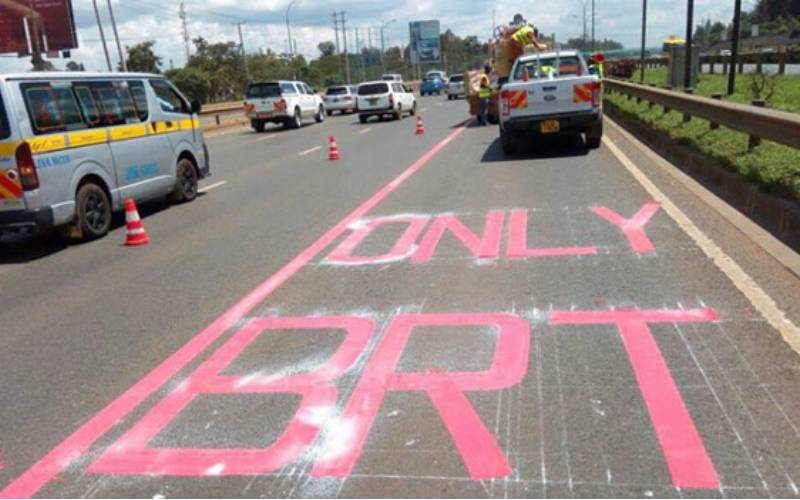 By Moses Nyamori | 17 minutes ago

By Correspondent | 1 day ago