Why you are likely not to inherit your kin’s billions in bank account, insurance and chamas 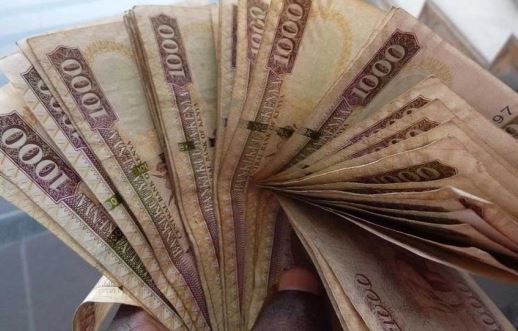 Before Caroline Achieng' Wagah died in 2004, she had the foresight to take out a life insurance cover of Sh700,000.

Her husband, who was the administrator of her estate, expected to receive the money. But to his shock, the Insurance Company of East Africa declined because he was not on Ms Wagah's list of nominated beneficiaries.

Wagah had instead listed their two children as the sole beneficiaries.

Her husband went to court to challenge the decision but Justice William Musyoka upheld the insurance firm's decision that only the nominees would get a share of the money.

Waga's husband is among many Kenyans who belatedly discover that their loved ones opted to leave their money to other people.

In an interview with The Standard, Family Court Deputy Registrar Wilson Rading said the Companies Act, the Banking Act and insurance industry laws allowed a person to nominate beneficiaries in case they died. In some instances, this could mean the deceased's closest kin do not benefit from their wealth.

This law also applies to provident or pension money.

Mr Rading noted that there are instances where people have nominated their lovers as beneficiaries and left their heirs with nothing. Or others who prefer to have their parents as nominees, leaving out their spouses and children.

"Nomination of beneficiaries is a different concept and the assets or money or benefits under that are not considered to be a part of the estate. The statutes that relate to nomination override prevailing succession laws,” said Rading.

Section 39(1) of the Co-operative Societies Act provides that upon the death of a member, a co-operative society may transfer the shares or interest of the deceased member to either a person nominated in accordance with the Act or the rules made under it.

If no one has been nominated, the beneficiary ought to be the personal representative of the deceased member.

In 2016, the total deposit-taking sacco membership stood at 3.6 million. At the same time, the total savings and deposits stood at Sh273 billion.

Pension schemes accounted for Sh912 billion in assets last year. Those in the informal sector can also save for their retirement through the Mbao Pension Plan scheme where they contribute Sh20 daily.

In the insurance sector, as at this month, the Unclaimed Financial Assets Authority was holding at least Sh600 million left by Kenyans who died without informing their beneficiaries that they had a life insurance cover.

In Wagah's case, Justice Musyoka ruled that the court could not distribute the Sh700,000 because it had no powers to do so.

“It is the law that funds that are the subject of a nomination do not form part of the nominator’s estate. Therefore such funds cannot pass under the will of the deceased or vest in his personal representative.”

“Such funds are not subject to the succession process and should be dealt with in accordance with the law governing the nomination. Nominations are statutory, in the sense of them being specifically provided for by a particular statute,” the judge ruled.

In a separate case, Benson Mutuma was told he could not receive his late father’s money that was held by the Kenya Police Sacco because he was not a beneficiary.

Justice Francis Gikonyo told Mr Mutuma that laws governing saccos regulated the relationship between the members and their representatives, which the court could not meddle in.

Mutuma had asserted that his father had divorced the beneficiary, Sarah Kagwira, hence she could not gain from his savings. He had also argued, erroneously, that the benefits formed part of the deceased’s free estate hence could be shared by his heirs.

Rading also said that last year, out of more than 2,500 succession cases filed, only between 300 and 400 had a written will.

“The wealthy write wills but others are likely not to have one. This has to be about taboos to do with death where people feel that if they write their last wishes, they are taunting death."

You have to earn your keep, pension fund trustees told

Gor Mahia not worried about Tuyisenge threat ahead of APR clash