The government has started the distribution of subsidised fertiliser as the short rains season sets in.

The Agriculture Ministry Tuesday said Sh3.55 billion has been set aside to subsidise over 1.4 million 50kg bags.

This is expected to offer some relief to farmers, but the hope for good harvest might be hampered by the expected late onset and depressed rainfall.

“To actualise the presidential directive, the subsidised fertiliser programme will start with counties undertaking planting during the short rains season of 2022."

The commodity is being distributed at the National Cereals and Produce Board (NCPB) depots and sub-depots countrywide.

“Individual farmers will be entitled to a maximum of 100 bags of 50kg of fertiliser,” said the PS.

During his inauguration last Tuesday, President William Ruto pledged to make available cheaper fertiliser as one of the new administration's efforts to lower the cost of living.

“Our strategy to bring down the cost of living is predicated on empowering producers,” he said, adding that the decline in production of maize has been due to high cost of inputs such as fertiliser and seeds.

The ministry noted that the cost of fertiliser had gone up due to the Covid-19 pandemic and the Russian-Ukraine crisis.

“In the past 12 months, the fertiliser prices have risen to levels that have affected both large and small scale farmers, the main contributors of achieving 100 per cent food and nutrition security.

“It is against this background that government has commenced interventions to cushion farmers against the high cost of fertiliser to enhance agricultural production and guarantee food security for the population.”

President Ruto also said the government has made arrangements with the Kenya Tea Development Agency to supply tea farmers with fertiliser at Sh3,500 from Sh5,600.

However, the Ruto administration has insisted that consumption subsidies, such as those that the previous administration had put to lower cost on maize flour and petroleum products, would have to go.

Instead, the new government says it will would address the cause of the high cost of living, which Ruto identified as high cost of production.

Farmers, however, face the challenge of reduced rains over the October to December season, according to predictions by the Kenya Meteorological Department.

Previous article
Why paying for toilets should not surprise us 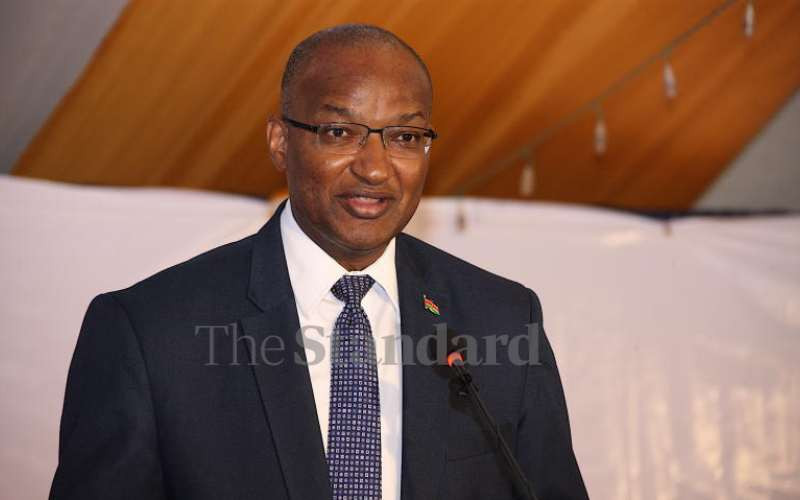