Welcome to Kenya, a nation of hardworking but broke workers

You would think there is a “no-idling-in-Nairobi” warning that confronts every Nairobian like the chilling glare of the Big Brother in George Orwell’s book “1984.”

And why should you sleep hungry in Nairobi when you can make money as a “fake passenger” who is paid between Sh10 and Sh20 to just sit in a matatu to hoodwink potential commuters into believing that the bus is nearly full?

Known as watu wa set, these individuals make between Sh200 and Sh400 daily after acting as “virtual” passengers for several matatus, an amount that is too little to help them escape the poverty trap.

Yet, after years of being chided for being choosy, hordes of young job seekers, including college graduates, have found themselves accepting such odd jobs.

Millions have been thrust into the ubiquitous informal sector by the kazi ni kazi (work is work) mantra that has been trumpeted by government officials sitting in airy offices and driving luxurious cars.

Understandably, there is a serious shortage of decent blue or white-collar jobs. Unlike before, when people left the farms in the countryside for the factories in towns, today they find themselves in the streets hawking.

An explosion of the youth population where an additional nine million people aged between 18 and 35 years is expected to be added into the labour force between 2015 and 2025 will aggravate this unemployment crisis, according to a 2020 World Bank report.

The global lender estimates that Kenya needs to create an average of 900,000 jobs annually.

“However, job creation has failed to keep pace with new entrants, and in recent years, sufficient employment opportunities have not been added for the new workforce.”

Instead, Kenya has been creating an average of 800,000 jobs every year.

Most of these jobs are in the informal sector, whose meagre incomes can’t shield workers against the high cost of living in major towns.

According to the World Bank, the figures on employment may underestimate the proportion of youth who work in low-productivity jobs.

“Youth are more likely to work in sectors and occupations that have lower productivity and command lower earnings,” said the global lender.

In major towns, for example, the World Bank noted that almost 80 per cent of employed people aged 15 to 24 have an informal job (unpaid, self-employed, wage worker without social security) versus 70 per cent or less for the rest of the population.

Sadly, an increasing number of those in the informal sector are college graduates who, despite being available for work they had been trained for, have found themselves eking a living in areas their skills and experiences are not fully utilised.

This has culminated into what is known as underemployment. There are two strands of underemployment. In the first, a person has very good skills, but they are not fully utilising them due to few opportunities, according to Gerrishon Ikiara, an economist.

The second, according to Mr Ikiara, occurs when there is just not enough work, although one is willing to work.

“So you come and work in the morning for two hours. Your eight-hour work day is not fully covered,” he said.

The former lecturer at the University of Nairobi, has no problem with underemployment.

“It (underemployment) counts for a lot. You are able to eat something and don’t have to go to the street to beg,” he said.

The little salary, however, can’t afford a lot of Kenyans access to quality goods and services, such as decent housing in Nairobi.

Official data shows that close to three million people, or 60 per cent of Nairobi’s population, live in slums, where conditions are pathetic.

In the first three months of 2020, just before the first case of Covid-19 was recorded, Kenya’s unemployment rate (those who are 15 years and above without work but are actively looking for a job), stood at a record low of 5.2 per cent.

This unemployment rate was lower than that of France, the seventh-largest economy in the world, where only one in 10 of the population is poor. The poverty rate in Kenya stands at 36 per cent.

However, he low unemployment rate is a fallacy that has been sold to Kenyans by technocrats.

Officially, there were only 2.62 million Kenyans that were not employed by 2019, according to the census data.

This figure does not include some 18.9 million Kenyans counted as being economically inactive but who might have given up looking for a job or those who went back to school having failed to get employment.

Reasons for being economically inactive - not looking for work - include being sick, old or in school.

Of those employed by the end of 2020, only 2.7 million were in occupations with contractual terms that guaranteed them some regular paycheck, or what is technically known as wage employment. In the census report, about 23.9 million people aged 15 years and above said they were trained and qualified in various vocations. But very few were in wage employment.

But there are caveats. One is that some of the respondents might have lied about their qualifications during the census.

Second, some of them would have preferred self-employment instead of a salaried job.

Nonetheless, there was a huge variance between the number of skilled Kenyans in the census report and those in wage employment in other official data.

This begs the question, where were the remaining 4.3 million? The simple answer is: in the informal sector.

By the end of 2019, most Kenyans (15.1 million) earned their keep in the informal sector, where “labour relations are based mostly on casual employment, kinship or personal and social relations rather than contractual arrangements with formal guarantees,” according to KNBS.

This number declined to 14.5 million by the end of 2020, official data shows.

Thanks to a lack of contractual terms, incomes tend to be low and erratic in the informal sector. Also, working hours are long and conditions are pathetic.

A staggering 740,605 people indicated that they had been trained as teachers, according to the census data.

However, other official data showed that only 597,759 people in education were in wage employment. Holding other factors constant, it means that there were at least 142,846 trained tutors who did not have contractual jobs.

Maureen Andisi, a Bachelor of Education graduate from Kenyatta University, is one of those in the informal sector.

Meanwhile, she has decided to put her teaching skills into good use to pay her bills as a private tutor but through a go-between.

Currently, she only has one student whom she tutors twice a week.

However, should she land a job with the government, she would be among the 25 per cent that takes home over Sh50,000 monthly, according to official data.

Moreover, she would be entitled to annual leave, a medical cover and should she have a baby, another four-month fully paid maternity leave.

Male teachers are entitled to a paternity leave of 21 days, up from 10 days under new terms in partial fulfillment of a collective bargaining agreement (CBAs) that teachers signed with their employer.

Such CBAs are another sweetener for being in formal employment, with employees entitled to join a trade union of their choice.

The role of the union is to fight for better terms for its members, including pushing for salary hikes. But there are also times when homeschooling can be a gold mine, so much so that some graduates stop chasing after a TSC job.

“Most clients pay at least between Sh40,000 and 50,000 a month for one kid,” said Ann Njeri (not her real name), another graduate from Kenyatta University. Top clients, she noted, pay between Sh60,000 and Sh75,000 for tutoring two or three children.

“Sometimes, cumulatively, they make a lot of money than somebody who is getting a monthly salary,” said Ikiara.

But this is the exception rather than the norm in the informal sector. Close to half of the Kenyan population went up to Primary school. Another three million have never stepped into a classroom.

But opportunities abound for those bold enough to explore outside their areas of specialisation.

With a post-graduate degree in paediatrics, Dr Edna Kerubo now works at Jubilee Insurance guiding the company on wellness and management of chronic disease in what is aimed at helping the insurer to manage medical claims.

Somehow what Kerubo does now is closely related to what she studied. But ideally, she should be working in a hospital. “I would be in the wards, in an accident and emergency section or treating children,” she said.

But she is contented with her current job and the financial rewards that come with it. However, not every Kenyan has the privilege of choice as Dr Kerubo. Education, to a lot of Kenyans, is first a vehicle for social mobility — the main guarantee to financial stability.

The reality is even harsher for watu was set who oftentimes do not have any skills. Yet, their chances at survival are increasingly being dimmed by automation, with machines and computers taking up most of the repetitive work done by hand.

Liz Kiptoo, a human resource practitioner, said there is a need for a shift in mindset by owners of micro, small and medium enterprises, which employ a majority of Kenyans so that they can scale up.

“They (owners of MSMEs) don’t want to surround themselves with smart people,” noted Kiptoo, arguing that this had made it difficult for these enterprises to grow and employ more people. 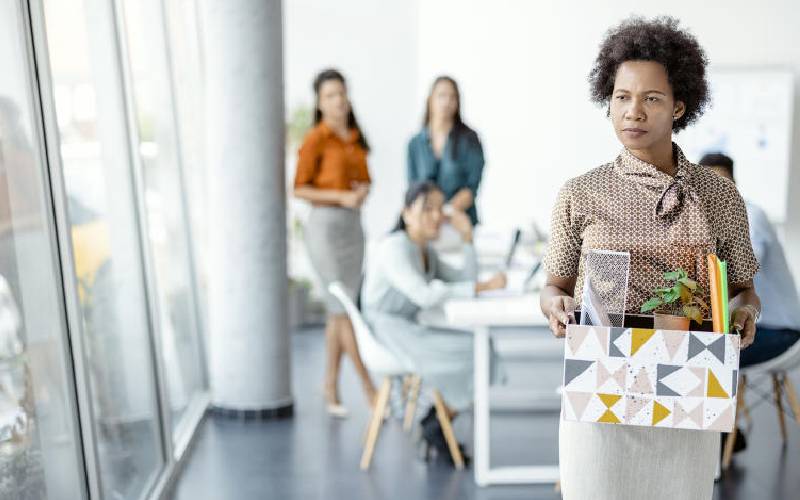 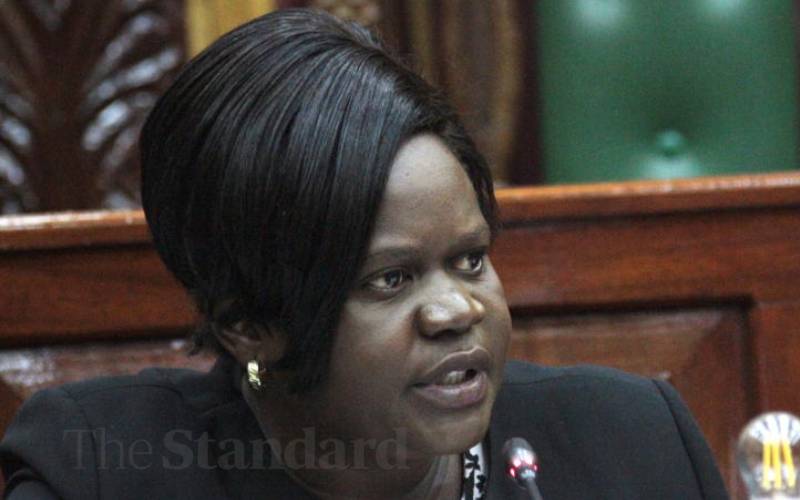