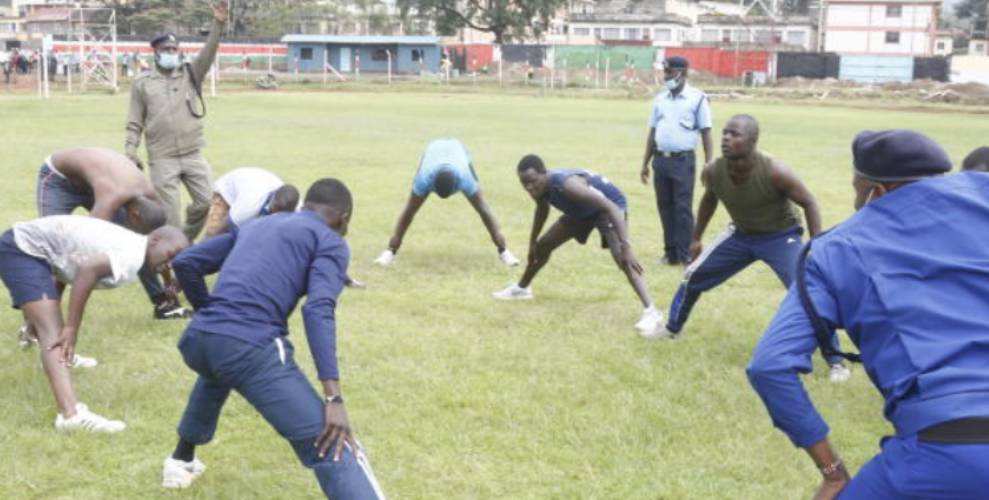 Centre for Restoration of Human Rights and Democracy Director Kefa Were said the exercise was marred by corruption claims, which has locked out deserving candidates.

“We want the exercise to be done afresh since we have evidence of massive corruption in the selection alongside tribalism which majorly disadvantaged other deserving candidates,” said Were.

He called on the inspector general of police, the Ethics and anti-corruption commission and the independent police oversight authority to get to the bottom of the matter to ensure officers who comprised its integrity are punished.

The county’s Critical Infrastructure Protection Unit (CIPU) commandant John Otieno denied the allegations saying the Monday selection was done based on merit with a zero-tolerance to bribery.

“We did not receive bribes during the exercise. We also did not favour candidates basing on their tribe as alleged since we focused on the requirements that are set in place by the police service,” said Mr. Otieno.

He further challenged youths in the region to embrace physical fitness.

Those edged out of the exercise took issue saying some reasons given were not sufficient.
Trans-Nzoia County had six recruitment centres and 63 people were picked out of the number 12 were female

"I wish the DP had good advisors and would still be supporting all of President Uhuru’s projects,” said Atwoli.

The revised code also allows the tech companies a longer period to cut media deals before the state intervenes.

By Wainaina Ndung’u and Kamore Maina | 16 hours ago