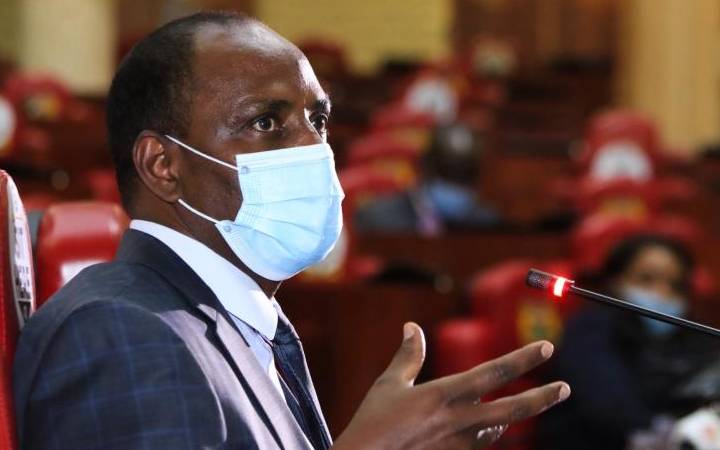 National Treasury Cabinet Secretary Ukur Yatani (pictured above) expects the three corporations whose operations were recently merged with an asset base worth Sh1.2 trillion to outgrow dependency on his office.

He told senior officials including Head of Public Service Joseph Kinyua that the huge assets must be “sweated more to give the required financial and economic return” as most of the investments are funded through debt.

Yatani who was effectively granted sweeping powers to manage the three parastatals - Kenya Railways Corporation, Kenya Pipeline Company and the Kenya Ports Authority- promised to weed out the mismanagement in the respective agencies.

KRA and KPA were previously under the Ministry of Transport, Infrastructure, Public Works, Housing and Urban Development headed by CS James Macharia before being moved to the National Treasury.

KPC which has had its share of mega scandals fell under the Ministry of Petroleum, before the Presidential directive to have it under the Industrial Commercial Development Corporation (ICDC).

KRC has been largely dependent on the taxpayers for survival, sucking up to Sh1 billion a month, in funds directed at operations of the Sh500 billion-worth Standard Gauge Railway project.

In the last three financial years, the corporations had a cumulative turnover of Sh600 billion, according to the CS, an amount that should be sufficient to more than cover their operating costs and return a profit.

A decision by the main project financier, China, to suspend extending additional loans to complete the Naivasha-Malaba line has complicated the prospects of the SGR which lay in the buy-in from Uganda, Rwanda and South Sudan.

Yatani anticipates that the synergies of the three corporations under the ICDC should be sufficient to more than cover the operational costs of the railway project – which has been widely described as the costliest mistake of the Jubilee administration.

“The National Treasury will support ICDC to ensure that systems are overhauled and internal controls reviewed to eradicate conflict of interest, an opportunity for fraud, and mismanagement,” the CS added.

It is not clear just yet if the anticipated success could involve the overhaul of the respective management teams and directors, with Yatani indicating that the respective leadership teams must be “accountable within a clear framework of performance management”.

President Uhuru Kenyatta had through an executive order issued earlier in the month sanctioned the changes which had been proposed by an earlier task-force which gave the recommendations in 2014.

Additionally, he appointed career government technocrat and previous chairman of the KPC John Ngumi to head the ICDC whose mandate had suddenly been expanded.

ICDC would, in turn, oversee the rail, pipeline and port operations, under the Kenya Transport and Logistics Network (KTLN).

KPA registered revenues of Sh43.6 billion and posted a net profit of Sh6.88 billion in the year to June 2018.

KRC is the richest of the three, especially with the construction of the SGR and the ongoing revitalization of the metre-gauge railway line to Nanyuki and Kisumu towns, besides the massive land bank across the country.