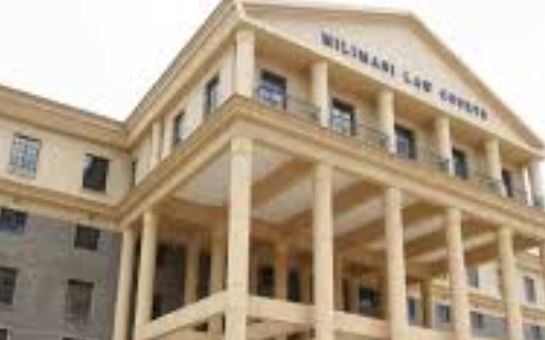 A Nairobi based law firm has written to the National Irrigation Board over a court order suspending the appointment of Chief Executive Officer for another three-year term.

In a letter to the Chairman of NIB, David Riungu a managing partner at the Riungu Muthuri and Co. Advocates wants the NIB Board chairman to note that there is a court order issued on August 11 by Justice Wasilwa which suspended Mugambi's reappointment for a three-year term.

In his letter dated August 17, he said the court issued orders on August 11 granting leave to the applicant Okiya Omutata to have the chamber summons application to be heard during the High Court vacation, marked the applications as urgent, and granted prayer two of the notice of motion in an application.

“The Court issued Orders on 11th August 2020 granting leave to the applicant Omtatah, to have his Chamber Summons application to be heard during the High Court Vacation, marked the application as urgent and granted prayer two of the Notice of motion n Application”, the letter reads in part.

The letter says prayer two of the Notice of Motion sought to suspend the letter appointing Mugambi as the Chief Executive Officer of the National Irrigation Authority for a further term of three years effective as of August 1, 2020.

Mugambi’s appointment had been recommended by the board of the National Irrigation Authority and the Cabinet Secretary, Ministry of Water, Sanitation and Irrigation.

“As a consequence thereof, the appointment of Mugambi as the Chief Executive officer stands suspended”, Riungu states in the letter.

Last week, the Employment and Labour Relations Court judge Hellen Wasilwa suspended the reappointment of
Mugambi as CEO of the National Irrigation Authority.

Judge Wasilwa, sitting in Nairobi, halted the reappointment pending the hearing of a case filed by activist Okiya Omtatah against Water Cabinet Secretary Sicily Kariuki and the National Irrigation Board.

“The applicant has proved there is an arguable case and therefore directs it be heard interpartes hearing on August 25, 2020,” the Judge ruled.

Omtatah claimed CS Kariuki through a letter dated June 23 purported to act on the Board’s recommendation to reappoint Mugambi.

The activist asked the court to declare the action as null and void since there is no valid board in office since the terms of members appointed under the repealed Act by the President expired in 2018.

By Lynette Otwori 12 hours ago
Accessories
Premium No tight pants, acres of cleavage: How attire can shape appeal

By Billow Kerrow 14 hours ago
Opinion
Premium CBK assurances aside, could we end up going the Sri Lanka way?