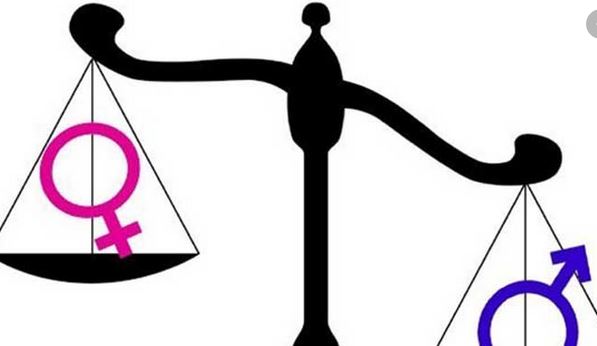 The Corona virus has devastated many economic and health care systems around the world. Kenya like many other developing countries has a fragile and underdeveloped health care system. The government has prioritised “flattening the curve” for COVID-19 infections through non pharmaceutical measures. Flattening the curve implies the implementation of non-pharmaceutical measures like social distancing and lockdowns to stagger the number of those infected by the virus at any particular time to levels that are manageable within the constraints of the health system.  Non pharmaceutical measures as management strategy for the pandemic may work for heath, but have negative impacts on the economy.  In particular, social distancing impacts negatively on productivity, consumption and incomes. All of which is detrimental to the economy.

Given the role of women and men in the economy the impacts of the pandemic may differ by gender. But why should we care? We should care because there is a whole lot of sound economic arguments why gender should be an issue in policy formulation and implementation. For example, studies have shown that there are different outcomes in household expenditures depending on whose hands incomes accrue. Incomes accruing to women will have bigger impacts on household health, nutrition and education; all of which are key to human capital development. Gender must therefore be a factor in policy formulation and implementation, otherwise outcomes on the ground may be altered or undermined in contexts that are not gender neutral. Neutrality of gender in an economic context implies equal access by men and women to all factors of human capital development and livelihood assets. The economic context in Kenya is not gender neutral. Access to various resources by men and women differ by gender. Responsibilities in the household and the community are also determined by gender. For best economic policy outcomes, there is need for gender mainstreaming in policy formulation and implementation. Kenya’s Economic Response to COVID-19

The government of Kenya has announced a raft of economic measures both fiscal and monetary to cushion businesses and the economy at large. For example, the Central Bank of Kenya lowered the base lending rate while enterprises and individual will benefit from lower taxes. Most recently on May 23rd 2020, the government announced a Sh53.7 billion comprehensive economic stimulus package touching on most of the critical sectors of the economy including education, health, agriculture, among other sectors. The government is also implementing social protection targeting the most vulnerable.  For all practical purposes the government seems to assume that these policies will have same effects on men and women, and hence gender considerations are not factored at all. Really? Will the policies indeed have the same impacts on men and women in Kenya? Studies have shown that women dominate the small scale micro and informal businesses. Given gender gaps in employment and incomes there are chances that benefits from pay roll tax reliefs may not be equal between men and women because women are marginalised in formal employment. Women dominate informal micro enterprises that government has so far assumed that they will benefit through increased consumption of goods and services on the ground. But will they?  At best there is no empirical evidence, more so in cases of a pandemic.  Women are also marginalised in the small formal enterprise sector which is a priority of the economic stimulus. However, unless there are deliberate efforts to mainstream gender in access, women owned enterprises are likely to be marginalised owing to their low bargaining power.  Demand for non-essential goods like crafts, clothing among other commodities dominating the informal sector is currently low and it’s expected to be even lower as households prefer to spend only on essential services like food and health. Small food kiosks that are significantly run by women have been driven out of business due to recommended social distancing rules. Schools have closed, child care facilities in both formal and informal settlements have also been closed, jobs have not only been lost but child care burden has shifted to households and more specifically to women. The extra care work and deteriorated incomes indicate that the pandemic has severe implications on women and thus the need for gender sensitive policies.  Gender mainstreaming in economic policy pays dividends to the economy There is overwhelming evidence that women are not only the biggest contributors in subsistence farming, but also bear the biggest responsibility in food preparation and serving.

There is plenty of literature on the impacts of women’s incomes on the overall household wellbeing. Incomes accruing to women have larger impacts on nutrition, education and heath compared to incomes accruing to men.  Studies also provide evidence that women economic empowerment increases women’s ability to contribute to major household decisions and hence increases gender equality and improves the bargaining power for women. Gender equality, reduces overall economic inequalities, leading to more stable and resilient economies. We have a great opportunity to ensure that the various economic responses including the most recent economic stimulus package have more efficient outcomes in terms of protecting/cushioning all citizens (Men, women, children and youth) while enhancing economic resilience and growth. A good way to achieve the twin goals is to ensure that gender mainstreaming is key in the implementation framework. The need for gender mainstreaming in social protection and other economic policies is even greater now during Covid-19 pandemic to ensure that the emerging inequalities are addressed while protecting the people (men, women, youth and children) and the economy at large. Gender programming in social protection and other economic policies would be a good strategy to ensure more efficient outcomes for the people of Kenya and a more resilient economy with more chances of a “quick bounce-back” after the pandemic. Dr. Joy M. Kiiru is a Senior Lecturer, School of Economics, University of Nairobi. Email:  [email protected]

Tobacco regulation has to be pro-consumer