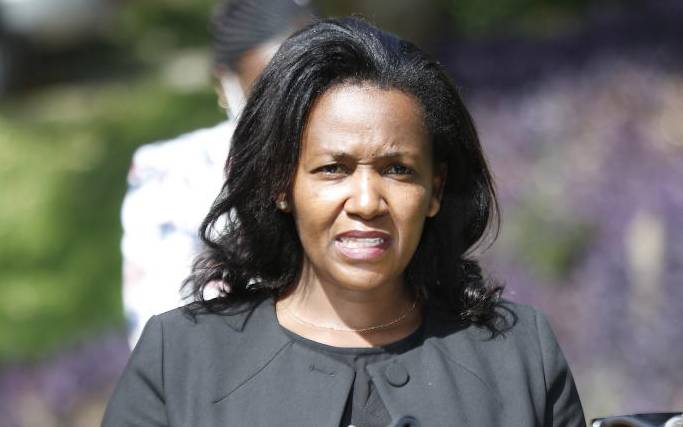 The government has started the distribution of free cotton seeds to farmers, including a genetically modified variety, in the latest push to revive the cotton industry in the country

According to the Ministry of Agriculture, 16 metric tonnes of hybrid seeds and one metric tonne of BT cotton seeds will be distributed across 24 counties.

The consignment is worth Sh64 million and is expected to produce over 2,000kg of cotton per hectare against the current average yield of 572kg per hectare.

The Cabinet approved commercial farming of the genetically improved cotton on December 19 last year in a plan to revitalise the country’s cotton, textile, and apparel sector.

Though the approval did not specifically address Kenya’s 2012 ban on GM crops, it was seen as having opened the door to other GM crops.

Bt cotton has been improved with the ability to resist the African bollworm, the single most destructive cotton pest, causing up to 100 per cent loss.

With the cotton variety, Kenyan farmers will enjoy a four-fold reduction in production costs.

Speaking during the flagging off of the consignment in Nairobi yesterday, Agriculture Chief Administrative Secretary Anne Nyaga (above) noted that cotton production in the country had declined from a peak of 70,000 bales in 1986 to 20,000 bales in 1990.

“Currently, the sub-sector is producing a mere 10,000 bales of lint annually against the domestic demand of 110,000 bales,” said Nyaga.

While the potential land that can be put under the crop is 400,000 hectares, presently under 30,000 hectares are being utilised.

There are currently about 30,000 cotton farmers, while the industry can support over 200,000 farmers.

Nyaga noted that the industry has the potential to employ 1.5 million people under the cotton, textile and clothing value chain.

“Income earnings to growers will contribute to poverty reduction, especially in arid and semi-arid lands,” she said.

However, she said, cotton production in the country has been constrained by various challenges, key among them inadequate extension services, insufficient integration of the value chain, high cost of production, lack of certified seeds and lack of affordable credit.

“To address these challenges, the government commenced the process of supplying certified hybrid seeds which can produce over 2,000 kilos of seed cotton per hectare,” Nyaga said.

The seeds were produced by Mahyco Seed Company. Among the counties to benefit from the free seed distribution are Busia, Bungoma, Siaya, Kisumu, Homabay, Baringo, Elgeyo Marakwet, Kilifi, Kwale, Tana River and Lamu.

"In the Eastern region, we shall do the distribution during the October November rains," said Nyaga.

During the long rains season, the ministry will establish 720 demonstration sites of Bt cotton in the counties where the none-BT seeds will be grown.

“These demonstration sites will be used for teaching farmers and extension service providers from all over the country. Full commercialisation will be done during the short rains in October-November,” said Nyaga.

The government plans to strengthen policies, research and development of cotton production and value addition in collaboration with local and international seed companies, research institutions, the textile and apparel sector as well as other development partners.

This is to ensure the establishment of vibrant certified seed production for both Bt and conventional varieties locally and give our farmers the choice of the seeds they wish to plant and for which end products they prefer.

Agriculture Cabinet Secretary Peter Munya said in Busia County last month the country targets to have over 200,000 acres under commercial Bt cotton, creating over 25,000 jobs along the value chain.

By Ken Gichinga | 9 hours ago

By Nathan Ochunge | 23 hours ago