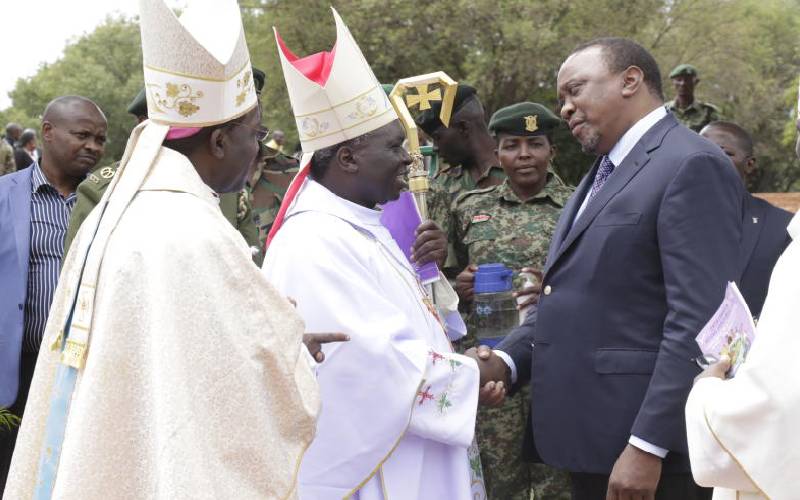 Away from the coronavirus threat that has engulfed the world, our government’s fight against corruption has not receded. Corruption must be tamed or else our big dreams for a better governance, improved health service, quality education and a happier social society will remain a mirage. I attended a Sunday worship in which Christians recited a powerful prayer against corruption. Listen to this: … “We are deeply sorrowful for the wrong use of these your gifts (natural and human resources) and blessings through the act of corruption, as a result of which many of our people are hungry, sick, homeless and displaced, ignorant and defenceless. For any citizen who has acquired anything through corrupt means, Lord, give him or her, the spirit of courage to make a restitution and come back to you”. To take the war against corruption into worship places is probably the most daring way to push through the campaign against a vice that has robbed many people of their future. Most – if not all – religious preachers often condemn corruption from the pulpit and that is usually it. But this prayer recital goes a notch higher. The prayer condemns all forms of corruption. It almost explicitly curses any believer who practices corruption. This is a step in the right direction and should be supported.

SEE ALSO: Matiangi: Report on reopening of churches ready, to be handed to Uhuru

The prayer made me wonder about the relationship between political fundraisers and the needy churches. So, how will the Church grow if politicians, starting from MCAs all the way to the presidency do not fund-raise for churches? Ever since I was young, I have seen and learnt that politicians and rich people fundraise for churches. But, what has changed that corruption found its way into places of worship, especially through fundraising? Surely, there must be other morally acceptable means of raising funds for church needs. Let me first and foremost put a disclaimer that the political fundraising that we should be concerned with is not a recent phenomenon. I have in mind the whole culture of fundraising for the church that has existed not only in Kenya, but in many other parts of the world. So, this reflection is on the culture of soliciting funds from politicians and what that does to the fight against corruption. What has changed in the political-church alliance to fund-raise is that both parties have slowly begun to corrupt each other. For avoidance of doubt, not all politicians have dirty money and not all churches are corrupt. But the trend among churches’ dalliance with questionable funds is out there. In a study by Jesuit Hakimani Centre four years ago, we asked politicians what they think voters consider as the main role of an elected leader. The answer across board was that many voters look at an elected leader as an ATM machine. Of what use is an ATM machine that does not dispense money? In their self-preservation efforts, elected leaders have devised unorthodox ways of fundraising so that when asked to fund-raise, they can promptly contribute. This means, the church expects a ‘good leader’ to contribute to the church generously. This way of looking at leaders consciously or unconsciously forces elected leaders to wear a mask that they probably would rather not; the mask of ‘being a good leader’.

Behind this, though, based on the research findings, the ‘good elected leaders’ are quite cynical about the church contributions since they feel they have no option but to contribute. What they said in the study is that they would be very happy to go to church and find some solace, not a chain of requests to fund-raise for this or that, which is exactly what they go through in their offices. However, since they want to remain ‘good leaders’ they just have to fund-raise for the church no matter how many times. Is this something wrong to do? Absolutely not. But, the motivation has to be genuine. Elected leaders should not feel obliged to use corrupt means to generate money for the church. That is unacceptable because it is in the first place unethical. In return for the ‘generous contributions’ the worship places have also become trading centres. The implied contract seems to be simple: Give me money I give you the people, the votes. Well, this then is no longer a place of worship. It is a social centre where people come to bond and carry out social activities. It is for this reason that reciting the prayer against corruption makes a lot of sense. If the millions of Catholics reciting this prayer every Sunday internalise the meaning and respond to the call therein, the fight against corruption will be won. Dr Mokua is a lecturer, media and communication studies

AIC lists measures that will be introduced when worship resumes

Why partnerships in technology are key in fighting pandemic

Why partnerships in technology are key in fighting pandemic