Sci & Tech
The county chief added that the rates have not been raised. 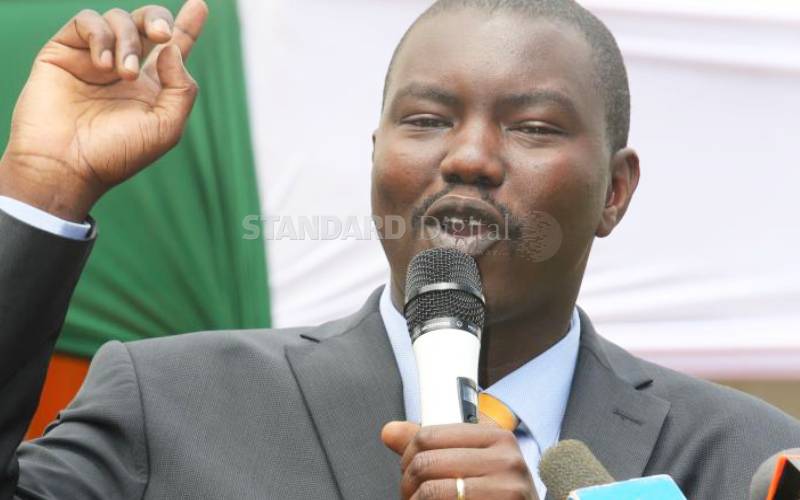 Uasin Gishu Governor Jackson Mandago (pictured) has ruled out waiving rates for defaulting land owners. Speaking during the launch of digital registration of land rates, Governor Mandago said every property owner must clear all dues by March 27. “There is no need to create unnecessary conflict with my administration. I have ruled out any waivers because we want all land owners to pay any outstanding rates,” he said.

The county chief added that the rates have not been raised. “People should pay up. You cannot convince me to give waivers to defaulters without telling us how we will reward loyal citizens who have been consistently paying levies for more than 20 years. We will attach the property of those who fail to comply,” he said. He stated the county will stick to the Commission for Revenue Allocation (CRA) fiscal responsibility formula that takes into account the amount of own source-revenues when allocating devolved funds. “The CRA and National Treasury are pushing counties to collect own-source revenue which determines disbursement of devolved funds. We will not allow unpaid rates to make us lose our national share of revenues,” he said. The digital data will help property owners know the exact amount they are supposed to pay and how to pay.

SEE ALSO: Hope for farmers as new KPCU gets down to business

Mandago banned paying the land rates in cash.  Instead, landowners can pay outstanding rates on Mpesa through paybill number 646464. “Payment of rates will enhance service delivery. Our county is doing well in public health institutions, water, road upgrades, street lighting  and veterinary services,” said the governor. “Service delivery is not a favour but a right to our residents. All county workers should be able to provide information to residents on demand,” he said. The governor was accompanied by Lands and housing county executive Nelson Maritim, Julius Rutto (Finance) and Emily Kogos (ICT). Eng Maritim said the county was collecting data to account for every inch of land to curb double taxation and improve revenue collection.

The county is hoping to collect Sh800 million after digitising. Rutto said land remained a major source of revenue for the county.