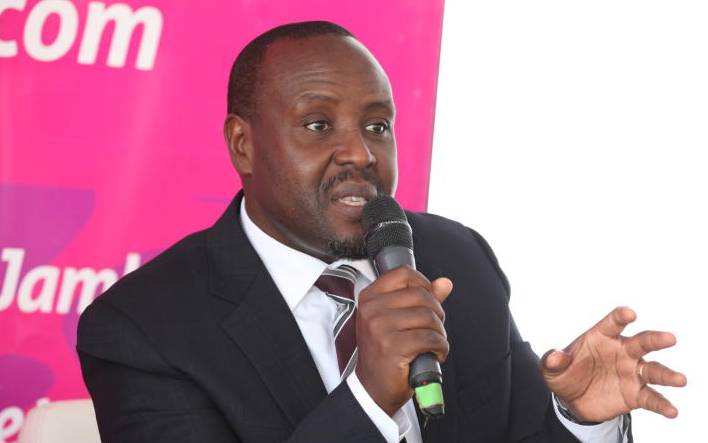 Kenya Airways has confirmed the current head of its subsidiary Jambojet Allan Kilavuka as the Group Managing Director and Chief Executive Officer.

His appointment will take effect on April 1, 2020.

Mr Kilavuka (above) who has been acting as the Group CEO was praised by the KQ Board Chairman Michael Joseph for multitasking and maintaining higher productivity for the airline.

“It is particularly gratifying for me that the Board agreed to support the appointment Allan to the full role of substantive CEO. During his short time as acting CEO of KQ, Allan has thrown all his energy on this role, whilst still maintaining his position as the CEO of Jambojet,” he said in a statement.

Kilavuka, who has been in corporate management for 23 years will still join the Boards of KQ subsidiary companies and remain in the Board of Jambojet up to March 31, 2020. After this, he will serve as the Kenya Airways representative.

He took up the position on an acting capacity on December 16, 2019, after Polish expatriate, Sebastian Mikosz left the position citing personal concerns.

By James Wanzala 22 hours ago
Business
Private sector seeks to raise inclusivity for PWDs at work
.

By Moses Omusolo 4 hours ago
Business
Kenya, Africa lag behind in fertiliser use

By XN Iraki 15 hours ago
Business
Premium Will the golden era of our education finally return?