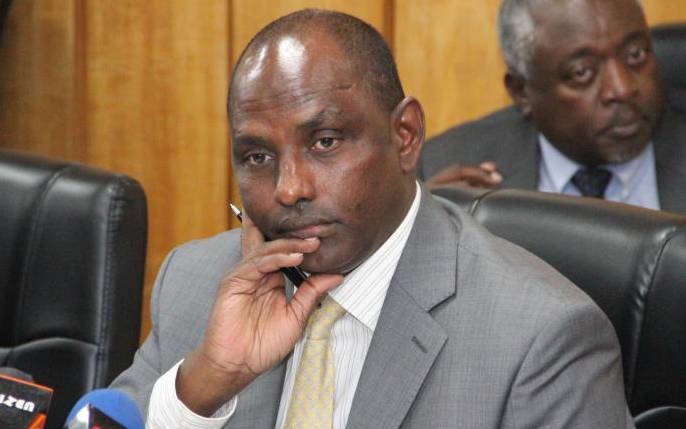 The Government’s quest to borrow more money based on a new debt ceiling of Sh9 trillion has hit a snag. Last week, the National Assembly voted to adopt the new ceiling, which would give President Uhuru Kenyatta’s Government the leeway to borrow an additional Sh3 trillion. However, it has emerged that the approval is not legally adequate.

Burden country Attorney-General Kihara Kariuki has advised that the Senate must also consider the Public Finance Management (National Government) (Amendment) regulations, 2019. This may spell trouble for the Government as Senators have spoken out against any attempt to burden the country with more loans. Senators have also questioned the substantive shift from the internationally recognised formula of basing the ceiling on Gross Domestic Product (GDP). Currently, the country’s debt should be capped at 50 per cent of GDP, but the Government has overshot this ceiling, which may explain the push to expand the limit to an absolute figure.

The matter is now before the Senate. “The AG in a letter dated October 1st advised the ministry that amendments of the regulations require public participation, consultation with the Intergovernmental Budget and Economic Council (IBEC) and approval of both Houses,” reads Treasury Principal Secretary Julius Muia’s letter to Senate clerk Jeremiah Nyegenye. “The purpose of the letter is to formally request the Senate to consider and approve the amendments to the regulations.” The letter is copied to Majority Leader Kipchumba Murkomen (Elgeyo Marakwet), Head of Public Service Joseph Kinyua and the AG. Long process The Treasury has, however, defended its bid for a Sh9 trillion ceiling, with Acting Cabinet Secretary Ukur Yatani (pictured) ruling out any immediate plans to borrow.

“A government cannot just wake up one day and borrow from institutions like the World Bank; it is a long process of engagement. There are no plans or intention to borrow for the time being. If this is the story being peddled then it is unfortunate and the AG can confirm the same,” he said. “We shall advance our reasons for increasing the ceiling when we appear before the Senate next week. Sh9 trillion is a distant ceiling, but not permission to borrow. Whatever we intend to borrow will be presented annually to the National Assembly through the Budget, and it is up to the MPs to approve or reject.” There were claims that the Government had opened negotiations for a new loan, but officials have denied these reports. Mr Yatani, who is currently in the US leading a delegation from the Treasury in Washington DC, said he was not on a borrowing mission. “We are here for the usual World Bank /International Monitory Fund annual conference. All world finance insurers are here. There is nothing specific to Kenya,” he said. “We are alive to the fact that we need to deal with the Senate, too, before we put proposals of any sort.” Yesterday, the Senate’s Finance committee and the delegated legislation committee met to schedule sittings over the regulations. Senate Deputy Speaker Kithure Kindiki (Tharaka Nithi) asked the joint committee to engage exhaustively with the public and experts before tabling a report for debate in the House within two weeks. The country’s debt currently stands at Sh5.8 trillion, three times more than the Sh1.89 trillion Uhuru inherited from the Kibaki administration in 2013.