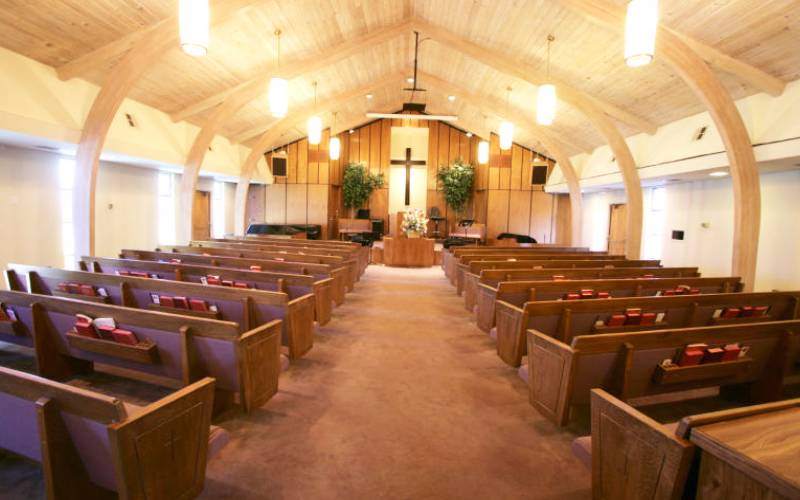 Why do you turn my Father’s House into a marketplace? This is a question Jesus raises in John 2:15-16 as he drives out people who had come to trade in the temple.

Strange how human beings have the capacity to go to the extremes. From being ardent believers in Yahweh, practicing strict observance of the law, offering sacrifices and being charitable to the poor, the Jews, as told in this incident, brought merchandise and doves to sell in the temple – a holy place of worship.

Moreover, the temple became a bureau de change where people would change money.

In the recent past, the SDA, NCCK and the Catholic Church have experienced some troubling incidents. Security agents had to camp at Maxwell Church to ensure the place of worship does not become a battlefield.

NCCK has been battling acceptance of a new Secretary General. A Catholic church in Murang’a turned into a political arena where opposing political camps forgot that they were standing on holy ground and teared into each other, disrupting the worship.

We know that man is wicked and can do wicked things. But, as the Holy Book says, even dogs know their masters. The church is a place for worship. Period. Let us draw some lessons from the incident in the temple.

For people to have had the audacity to bring merchandise to the temple manned by the high priests, there must have been consent between the priests and the sellers.

Whatever the agreement, whatever the concessions between the two parties, something was horribly overlooked.

The temple was meant for prayers and the exalting the Lord. What kind of gains blinded the high priests from seeing that the holy house was being violated?

Let’s turn to the sellers. Good heavens, the guys must have been very courageous. Of all places, how did they figure out that the best place to sell there wares was inside a temple?

Who negotiated for the church space with the high priests? Didn’t they have second thought as they spread out mats, tents or whatever they used to sell their doves and merchandise?

It would be interesting to know the kind of contracts signed allowing the temple to be used as a marketplace. Was paying tax part of the deal? May be the high priests allowed in the businesspeople so that the temple could earn some income.

Reading this in the light of the recent incidents in our churches, one wonders if a country that places God above all else is actually “buying and selling in the house of God.”

A place of worship has some basic characteristics. It is a place of silence. One only encounters God in silence. Even those who sing and dance wildly create moments of silence during the worshipping hour to listen to themselves and to the voice of God. It is completely unacceptable to disrupt the quiet found in places of worship.

The “temple” of our time is a place where focus is on strengthening the relationship between God and His people. Buying and selling are not part of this relationship.

Accumulating property or investments that have nothing to do with directly supporting the life of the Church so that it is able to exist for the sole purpose of bringing people closer to God is nothing but fraud.

The whole incident (John 2:15–16) is in fact about the anger of Jesus at what he saw happening. He drove out the buyers and sellers with a whip. He was angry because the place of worship had been turned into a marketplace.

The Church leaders must stand on guard and “drive out” all those who want to turn places of worship into places where some deals are made. Here it is not just politicians that are the problem.

Permitting holy ground to be used by individuals to make money whether in form of investments or selling ideology that disrupts people from listening to the voice of God is outright defiance of the law of God.

Jesus warned that the Church must read the signs of the time. The temptation to use the Word of God as a commodity to make money is sacrilegious. The people who walk into churches with the motive of gaining popularity or mileage of any kind must be driven out with a whip.

Donations to the church must only be used in growing the faith. No one should  give to the Church hoping to secure gains in return.