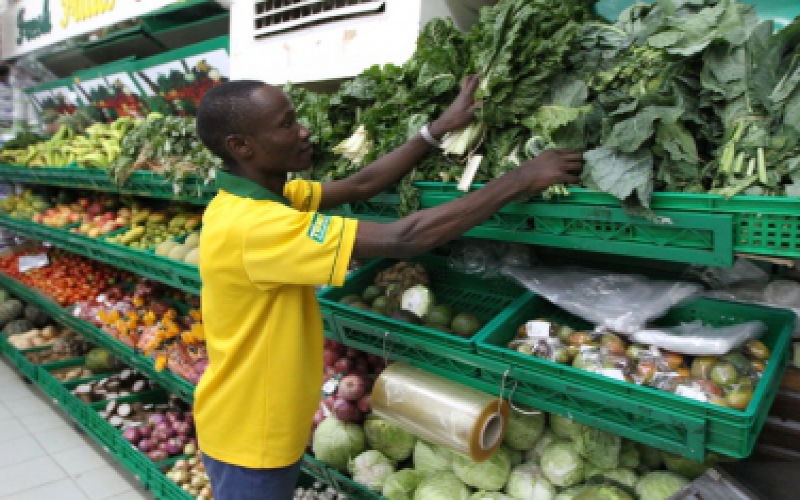 The August inflation has fallen to 5.0 per cent from 6.27 per cent in July; Kenya National Bureau of Statistics (KNBS) links the drop to a decrease in food and petrol prices. In August 2019, food and non-alcoholic drinks’ index decreased by 1.89 per cent following a decline of 1.04 per cent that was recorded in July 2019. The decline was mainly attributed to favourable weather conditions and follows a trend that has been observed over the last five months. The prices of significant food items including sukuma wiki (kales), potatoes, cabbages, carrots, tomatoes and maize grain decreased by 8.01, 7.81, 6.78, 6.01, 4.89 and 2.80 per cent, respectively.

“Decrease in prices of these commodities outweighed the observed increase in the cost of other foodstuffs, thereby causing a decrease in the food index,” says KNBS in a statement.   During the same period, housing, water, electricity, gas and other fuels’ Index, decreased by 0.10 per cent. The cost of a 13 kg cylinder of Liquefied Petroleum Gas (LPG) for instance, decreased by 0.98 per cent from Sh2,171.47 in July 2019 to Sh 2,150.27 in August 2019. The Transport Index decreased by 0.03 per cent mainly due to the reduction in pump prices of diesel and petrol by 3.14 and 2.45 per cent respectively.

Why Kenyan families have become smaller