Business
At the same time, total operating expenses went down from Sh7.9 billion to Sh7.5 billion in the period under review. 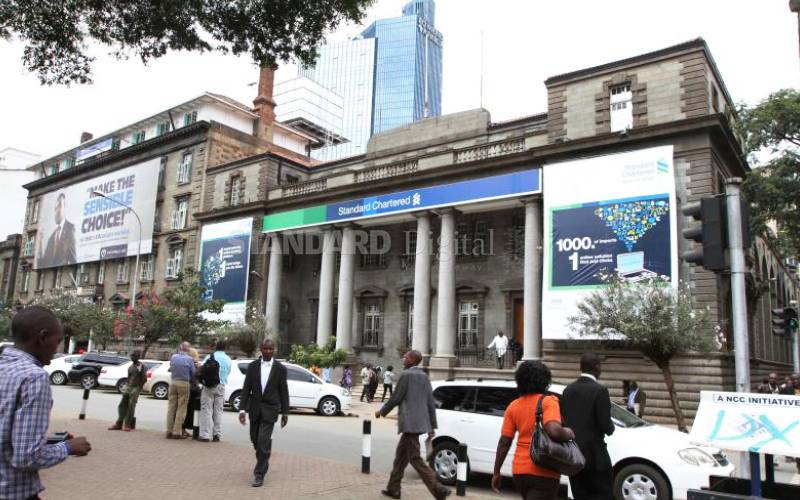 Standard Chartered Bank (StanChart) Kenya has posted a five per cent increase in profit after tax for the first half of 2019 on the back of reduced operating expenses. This was as more consumers adopted digital platforms for their daily transactions. According to the bank’s financial results for the six months ending June 2019, profit after tax stood at Sh4.3 billion, up from Sh4.1 billion recorded in a similar period last year. Standard Chartered Kenya Chief Executive Kariuki Ngari attributed the growth in profit to falling operating costs as majority of the bank's operations now flow through its digital channels.

“We have positioned ourselves to disrupt with digital, reinforce market leadership in wealth management and increase our cross-border network business as we support and grow with our clients,” said Ngari in Nairobi. The bank recorded a marginal drop in revenues with total operating income going down from Sh14 billion in the six months to June last year to Sh13.95 billion recorded this year. At the same time, total operating expenses went down from Sh7.9 billion to Sh7.5 billion in the period under review. “We have been prudent in managing our balance sheet focusing on sustainable growth, underpinned by strong capital and liquidity ratios,” explained Ngari. Interest income also declined seven per cent to Sh12.7 billion with the bank citing lower average investment in government securities in the current period coupled with declining yields.

The lender cut its portfolio in government securities from Sh6.3 billion last year to Sh5.3 billion this year. “Interest income from customer loans and advances remained flat due to lower comparative rates while interest expense decreased by 26 per cent to Sh2.9 billion from proactive management of the balance sheet,” explained the bank. Loans and advances to customers increased by one per cent to Sh120 billion compared to Sh119 billion in December 2018 with customer deposits up 2 per cent to Sh229 billion. The bank also reported a nine per cent decrease in gross non-performing loans to record Sh19.8 billion this year, up from Sh18.5 billion recorded as at June 30, 2019.