How new LPG laws could end up creating gas cartels 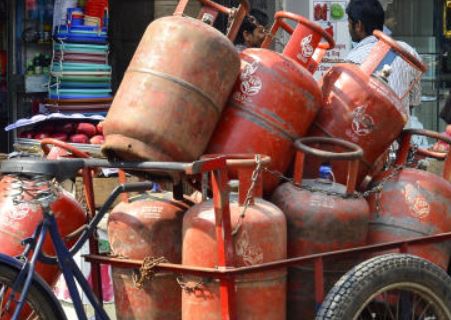 The new cooking gas regulations could create powerful cartels that may lock out small players.

It is hoped that by disbanding the Liquefied Petroleum Gas (LPG) cylinder exchange pool that allowed consumers easy access to gas, the industry would effectively deal with illegal refilling.

The regulator assures consumers of safety away from the incidents of exploding gas cylinders that have been on the rise in the last decade and blamed on illicit gas re-fillers.

While the new regulations ban the LPG exchange pool that made up of about 50 LPG marketers, the new subsidiary laws allow for creation of mutual exchange pools.

This means that a few oil marketing companies can get together and form “a mutual LPG exchange agreement to enhance their access to the LPG cylinder market”.

And there in lurks the danger, where a few marketers, especially those that command substantial market share, could come together to form a mutual exchange pool so powerful that it may lock out existing players from accessing the market and even become a barrier to new firms entering the market.

Energy and Petroleum Regulatory Authority (EPRA) Director General Pavel Oimeke said the laws had envisioned such instances and require marketers to get a nod from the Competition Authority of Kenya (CAK) before forming the mutual exchanges.

“We had thought about that (possible abuse) and we do not want anti-competitive behaviour where a few companies can come together and lock out others. The regulation provides that before an application to form a mutual exchange is made to EPRA for approval, you must get clearance from the Competition Authority.

“This is important because they (CAK) are the ones that monitor competition. After that, every time a new member joins the exchange, there is a provision that the pool will need to get clearance,” Oimeke said.

“We have not approved any mutual exchange so far but there are groupings that have been looking at forming exchanges once they formalise those exchanges.”

He said the new rules will finally crack the illegal refilling rackets that took advantage of the old exchange pool, which gave them access to cylinders owned by major marketers. They would then refill these and bring them to the market, capitalising on the big brands to hoodwink customers.

“It will now be difficult to do illegal refilling. The prevalence should be going towards zero because the moment we catch you handling other cylinders, you will have a court case. If you are a refilling plant licensed by us, we will suspend you if we find that you have cylinders of brands that are not within your licensed mutual exchange. I expect that (illegal refilling) will fizzle out,” said Oimeke.

The regulations, however, have the semblance of an enabler of anti-competitive behaviour, at least from the perspective of the Consumers Federation of Kenya (Cofek).

Cofek Secretary General Stephen Mutoro noted that the regulations, that came into effect on June 25, appear to be helping the major oil marketing companies – all of them having strong LPG brands – protect their market.

He said this would block new entrants that might be eyeing the industry as well as frustrating the small players that have in the last decade been able to get into the market and chip away some market share from the oil majors.

“The new regulations bring about a lot of issues that are of concern to the consumer. I think the idea was to ring-fence some businesses because some polices such as this one could have been pushed by the big players. It is a form of protectionism that we are seeing,” he said.

Mutoro said the laws will enhance opportunities for big monopolies and remove smaller entrants that had made the market competitive. “Consumers are facing a bleak future because of these regulations,” Mutoro said, adding that on paper it looks well-meaning but when looked at closely, there are so many discretions and gaps that can be exploited by unscrupulous businesses to hurt consumers.

“The oil marketing companies cannot be trusted with that discretion that is given by the regulations which make abuse almost imminent. A good law would minimise discretions. The cartels are angling to make a kill from the whole thing.”

He added that Cofek would be pushing for public participation whenever the LPG marketers want to form the mutual exchange platforms, as well as involvement of Parliament throughout the implementation of the regulations.

This would ensure that there are adequate measures to guard against formation of strong exchanges that might lock out other players or increase barriers of entry.

“Although they are talking about safeguards when setting up the exchanges and overseen by the regulators, we have seen numerous instances where the authorities approve everything and when the players are found to be at fault, the penalties are just a slap on the wrist,” he said.

The oil marketing firms have over time pushed for the abolition of the cylinder exchange pool that they argued resulted in a surge in illegal businesses, with the illicit players using their cylinders and posing a real threat of pushing the legitimate players out of business.

The Petroleum Institute of East Africa, formed by major oil marketing firms, have recently claimed that 90 per cent of the cylinders in the market prior to the introduction of the exchange pool in 2009 were in the hands of illegal refillers.

This, according to PIEA, has resulted in reduced investment in gas cylinders, at least among the major players.

“Our troubles in this regard date back to the introduction of domestic LPG cylinder inter-change. It is the law in Kenya that all LPG cylinders can be interchanged at the point of purchase regardless of the brand,” said PIEA Chairman Olagoke Aluko in June at a meeting to publicise the new regulations that were just about to be gazetted.

“The rationale for introducing mandatory interchangeability and a common valve on every cylinder was an excellent one – it allows any citizen to conveniently buy LPG of any brand at the closest point of sale. But this was one of those matters that looks simple on the front end, but which was much more problematic ‘behind the scenes’, causing three very distinct problems.”

He said among the challenges was that despite the creation of an LPG Cylinder Exchange Pool that manages the interchangeability process, the vast majority of branded cylinders were never being returned to their original branded owners.

The cylinder, he said, would instead, move into a ‘parallel’ market, be illegally refilled and returned back to retailers for sale again. “Of all the cylinders bought by majority of the licenced LPG marketers, 90 per cent were never returning, staying ‘out there’ through endless rounds of illegal refills and resales,” he said.

He said this set up a severe safety problem, as the branded cylinder owners are obliged to check cylinders with every refill and to periodically test their valves and overall safety. With cylinders moving around without ever returning to their brand owners, many were going for years on end without being safety-checked, some for over a decade.

The Ministry of Petroleum notes that the current market for LPG in Kenya is severely underdeveloped, with just about seven per cent of households relying on LPG as a primary cooking fuel. Majority of those that use cooking gas in Kenya are found in Nairobi and Mombasa, with homes in other parts of the country, including major towns relying on other fuels such as kerosene and wood fuel.