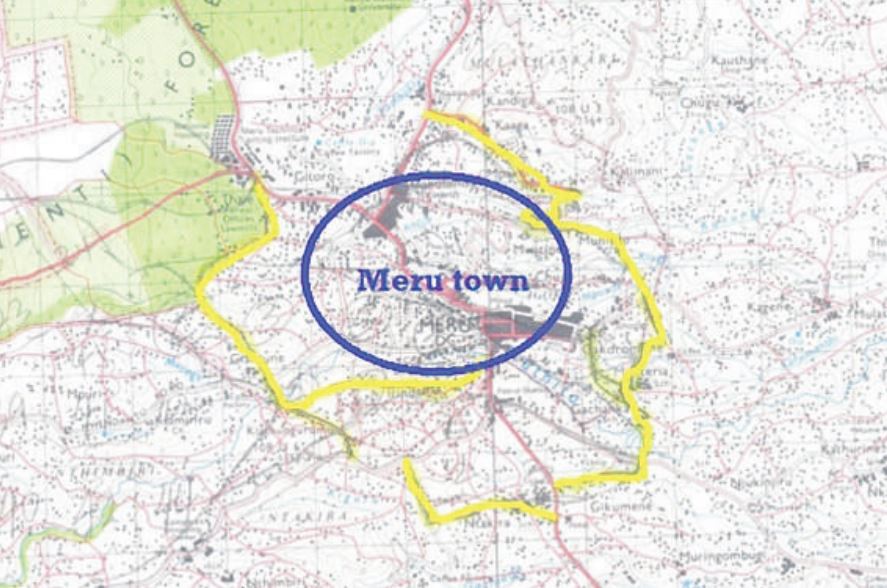 Kenya Urban Roads Authority (KURA) has assured Meru residents that the multibillion bypass roads project within Meru Town will be completed by December 2019 as scheduled. KURA Director General Eng. Abdul Rashid allayed fears that the project had stalled urging Meru residents to be patience since the construction works were still in top gear. Speaking after an inspection tour of the Sh2.9billion project on Wednesday, Eng. Rashid stated that the project was already 86 percent complete with little delays being prompted by the construction of bridges that required more time. “The eastern and Western bypasses are almost 95 percent and 76 percent complete respectively. The whole project is about 86 percent complete with the total amount of Sh2.3 billion having been spent to date for both construction and compensation,” said the DG. He clarified that once the bridges on Eastern bypass were completed the remaining parts especially the road starting from Gitimbine through Irinda to Giantune that seem to be causing worries among residents, will be fully done. Eng. Rashid cited compensation for residents whose pieces of land paved way for the bypasses and the presence of infrastructural facilities such as water pipes and electric poles as one of the challenges experienced in the project. “About 80 percent of the road was done where no road existed before hence calling for heavy compensation,” said the DG. He lauded the project which is financed by the Government of Kenya and the World Bank saying its benefits were already being experienced with many residents having established estates for income generation. The bypasses according to residents will help ease the incessant heavy traffic jams experienced within Meru Town. The two bypasses, one on the Western side and the other on Eastern side of Meru town, have a total length of approximately 20km. They will traverse Ntakira, Mpuuri and Ntima locations in Western bypass, Igoki and municipality location on the Eastern bypass in Imenti North district. According to KURA, the primary aim of the project road is to decongest Meru town by diverting traffic destined to Nanyuki, Isiolo Maua, Ruiri and other suburbs of Meru town into the town bypasses and reduce traffic loads on the road going through the town centre. Currently, Meru town is experiencing severe traffic congestion problems along B6 road because it’s the major link to all other towns and centres within the town. Western Bypass The Western Bypass begins on the Embu – Meru road at Gitembene, it gradually ascends on a gentle incline for some 300m on a westerly route surrounded by permanent buildings until Irinda primary School. It continues on a south-westerly route for about a kilometre to Calvary Church which is located on a ridge. The road then descends rapidly on a North-westerly route towards a bridge crossing over R. Kathita before rounding a ridge and ascending on a N. Westerly route to Giantune Primary School after crossing the Meru- Kithirune C482 road. The route then descends towards River Gatobora and thereafter runs next to Kenya Forest Service Electric Fence for Imenti Forest. There is no existing road towards the end of the project. Part of this section descends rapidly towards a swampy area connecting Meru-Nanyuki Road (B6) opposite the Meru Technical Institute at Gitoro. Eastern Bypass The road begins on at Gikumene on a relatively blind corner. It proceeds on an easterly direction for some 600m passing four junctions before intercepting the Meru Ena road. The route then descends rapidly to the Kathita River in a northwesterly Direction crossing the Meru-Mikinduri Road. It joins the old Meru Maua road and follows this route going first westerly in a descent to a swampy area characterised by hard rock, before ascending North-North West to Kaaga boys school to the junction of the Meru –Maua road. 2