As Boeing targets October, US says no timeline for 737 MAX 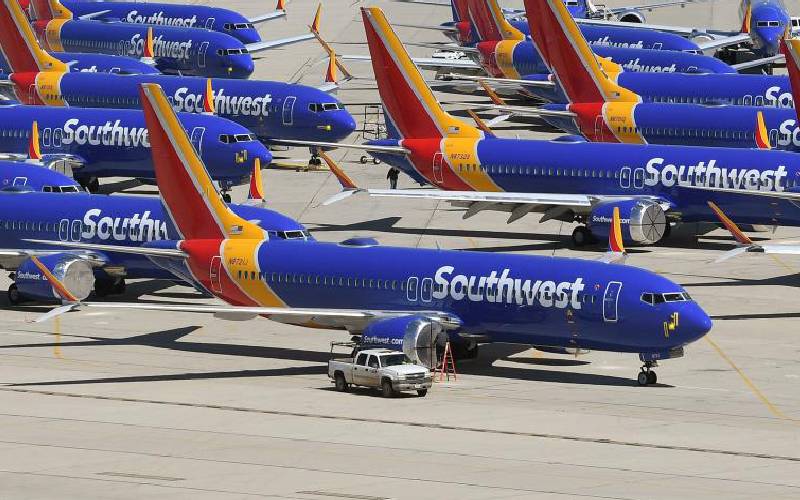 The US Federal Aviation Administration distanced itself on Thursday from suggestions by Boeing that its grounded 737 MAX could resume flying passengers in October, saying regulators do not have a timeline for vetting safety upgrades. Boeing Chief Executive Dennis Muilenburg told analysts last week he was confident the MAX would be back in service as early as October after a certification flight with regulators in September. But the FAA’s top official declined to be pinned down on Boeing’s target of October or any other timeline for clearing the plane, which was grounded in March after two fatal crashes. “We don’t have a timeline. Don’t have October. Don’t have August. Don’t have 2021,” Acting Administrator Dan Elwell told reporters at the EAA AirVenture air show in Oshkosh, Wisconsin. “We have one criterion. When the 737 MAX has been - when the complications to it have been satisfactorily assessed, and the MAX is safe to return to service, that’s the only criteria,” Elwell said. Boeing has stressed that the decision to let the MAX fly again commercially would be made by regulators. The MAX’s return has been delayed as Chicago-based Boeing works to win approval for reprogrammed stall-prevention software and related training materials required in the wake of the crashes in Ethiopia and Indonesia that together killed 346 people in the span of five months. US airlines are cancelling thousands of monthly flights due to the grounding and have warned of an increasing financial toll in the second half of the year. Southwest Airlines Company , a top customer, said on Thursday it was scheduling without the MAX until early January and ending operations at Newark Liberty International airport due to a scarcity of planes. In late June, the FAA said it had identified a new risk as an agency pilot was running a flight simulator test seeking to intentionally activate the so-called MCAS stall-prevention system. During one activation, it took an extended period to recover the stabiliser trim system that is used to control the aircraft. Boeing has said it is working on a fix to address the problem. The European Aviation Safety Agency has handed the FAA and Boeing a list of its own concerns that it wants addressed before the MAX re-enters service, people familiar with the matter said. It includes the behaviour of the autopilot - which EASA believes may take the aircraft too close to a stall before automatically cutting out - as well as the physical force needed by pilots to move a backup wheel that is part of the trim system and extra training to help crew cope with simultaneous alarms. Muilenburg said all submissions by foreign regulators had been incorporated into Boeing’s assessment that the aircraft could re-enter service as early as October. He warned however that Boeing could have to further cut or even halt 737 production - still running at 80 per cent of previous output rates to avoid disruption to parts production - if its forecasts prove to be too optimistic. That warning and a record quarterly loss weighed on Boeing shares on Wednesday lasy week and at mid-session on Thursday they were down another 3.4 per cent to Sh34,900.