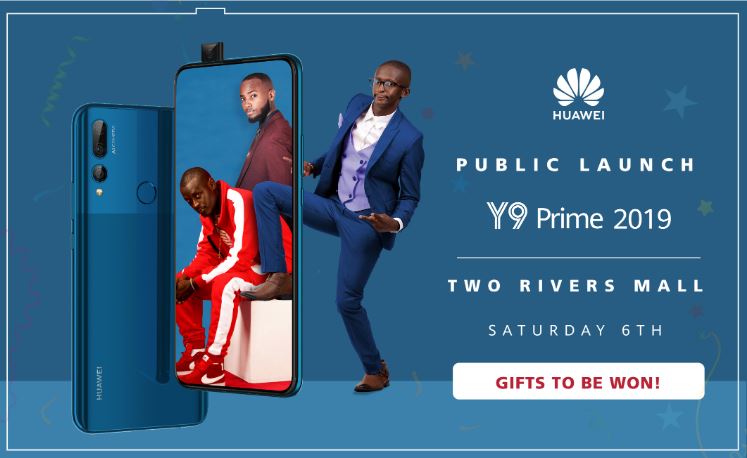 The recently launched Huawei Y9 Prime 2019 will officially be available in all retail stores across the country from today (July 6, 2019). This follows a successful one-week pre-order period that saw over 1000 devices ordered through various partners including Jumia Online and Lipa Later. There will be a public launch at Two Rivers Mall on Saturday July 6,2019 followed with a number of mall activations across the country including The Hub Karen, TRM, Sarit Centre Mall and The Junction Mall.  Among those attending the Two Rivers public launch are King Kaka, Nick Mutuma, Jaymo yule Msee and Njugush. Speaking of the successful pre-order period, Huawei Mobile Country President, Steven Li said, “We would like to appreciate all our partners who ensured, we meet the target during the pre-order period. We are also glad that consumers are still confident in our products as based on the number of pre-orders made across the country. We would like to encourage consumers to turn up in numbers at Two Rivers where we will officially launch the devices and begin sales across the country. We will also have a winner walk away with a Huawei Y9 Prime 2019 after participation in the on ground activities that includes gaming and spin the wheel.”

Firm eases deliveries with use of e-vouchers

Firm eases deliveries with use of e-vouchers