How most of Sh3tr budget will line pockets of the rich 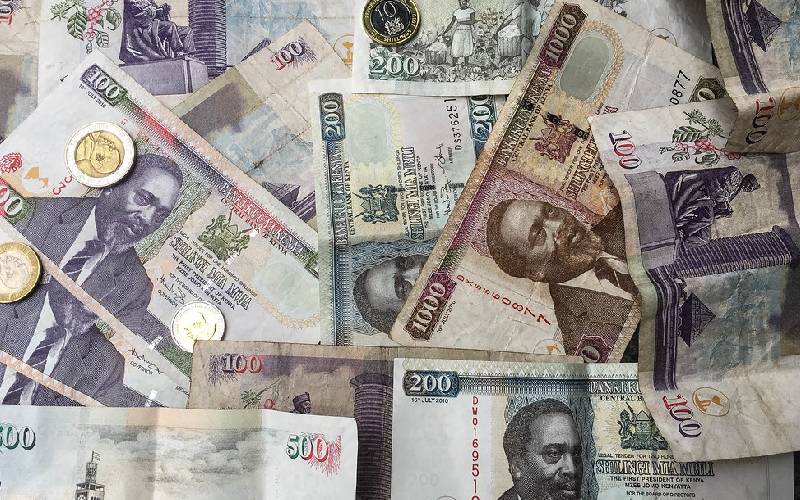 The Government is the biggest spender in any economy and for every shilling it spends, a supplier gets paid, a farmer gets a return and a construction worker secures employment.

This is the multiplier effect theory, where “one person’s spending is another’s income.” That’s why when the economy was hurt during 2007/2008 post-election violence, President Mwai Kibaki’s administration introduced a stimulus package - economic measures put together to stimulate a struggling economy.

When the US was hit by the 2008/9 recession, President Obama’s government spent billions of dollars to stimulate the economy, including bailing out of companies.

It is estimated to have cost more than Sh80 trillion ($800 billion). Economist John Maynard Keynes showed that the Government can stimulate an economy out of recession by buying goods and services or even better, by creating demand.

This is the essence of the fiscal policy and when it works, everyone enjoys. But in Kenya, it seems only a section of the economy enjoys massive spending, while the poor live from hand to mouth.

National Treasury Cabinet Secretary Henry Rotich plans to spend Sh3 trillion in the next 12 months - a colossal amount meant to boost the economy.  Somehow, however, you may not feel his shillings in your pocket because his big-ticket spending will mostly go to the elite who have captured the State.

It will go to a few billionaires who have won massive tax incentives in the budget. Some of them are the owners of paper mills, sugar barons, and cartels that control the agricultural sector.

However, the biggest dilemma of the new spending plan is that it hits ordinary consumers the hardest through increases in taxes that will largely fuel rise in essential goods and services, while lending support to the rich to get richer.

The skewed taxation measures that favour the rich come months after a damming report by Oxfam International, which shows that the gap between the richest and the poorest has reached extreme levels in Kenya.

In the Budget, Rotich gifted the narrow elite businesses in steel and paper manufacturing tax incentives while taxing the poorest to the bone.

In order to protect the metal and allied industry, he retained the ad valorem rate of import duty at 25 per cent. To paper and paper board makers, Rotich maintained a charge of import duty to discourage competition from bringing in the paper.

“To protect manufacturers of these products from unfair external competition, I have proposed that the import duty rate which was increased last year to 25 per cent for a one-year period be maintained for another one-year period,” CS Rotich said.

However, even though they have been protected through increased import duty on steel and paper coming into the country, local buyers are yet to benefit. People are still importing, which means the duty has not worked as local producers are inefficient.

Analysts say another reason Rotich’s budget does not get to mwananchi is that the Government takes the resources of 40 million people only to pay 600,000 public servants.

Kenya’s recurrent budget stands at about half (Sh1.5 trillion) of the national budget and more than half (Sh790 billion) of that amount goes to payment of salaries and wages.

Development budget is only allocated about Sh625 billion while loan repayments take Sh832  billion. “The recurrent expenditure has continually crowded out development spending in past budget years, which is the case in the budget for the next fiscal year.

The detrimental effect of this is that the budget does not spur growth to the most productive sectors,” said Genghis Capital Analyst Churchill Ogutu. Hence, the budget is eaten up by recurrent spending, with little going into development spending to spur the economy.

Also, a worrying trend is that development expenditure is only a fifth of total spending, meaning the Government is borrowing to finance recurrent expenditure, which is majorly salaries and debt servicing.

The other problem is that even the little that is budgeted for development is not spent and only about half of the development budget gets executed. As of the end of April this year, the Exchequer issues for recurrent and development were Sh739.3 billion and Sh215.7 billion respectively.

This represented 79.4 per cent and 56.4 per cent respectively of total Treasury disbursements in 2018/19. Another issue, which is common with foreign-funded projects is tied financing, where financiers insist that the projects are done by companies from their home country. Under the partly concessionary terms, these companies do not pay taxes, import most of the inputs and build projects whose biggest impact is the employment of masons.

This is most common with Chinese-funded projects.  “The development projects that have been prioritised in the budget have longer gestation periods before they fully yield fruits and stalled capital projects in the past offer a cautionary tale,” Ogutu said.

Deepak Dave of Riverside Capital said a lot of money is being spent on mega-infrastructure projects that have little organic presence in the operating economy. This means the projects never catalyse other local players to economic activity, instead, they see overseas firms and well-connected individuals benefitting.

Analysts say we don’t see GDP growth trickling down to Mwananchi because we concentrate more on output. GDP measures the output of a country in a particular year. The output does not necessarily mean that the incomes of the factors of production have actually increased.

“Inclusive growth will happen only when the factors of production start increasing. Our current fiscal policy and obsession with the figure GDP make us miss the element that if we don’t get the real incomes increasing then we are not going to get these GDP figures translating to better living standards to the general public,” said Reginald Kadzutu, the Chief Investment Officer at Amana Capital.

“If you want to know that GDP growth is just a figure is when your GDP per capita is not improving to the level where we say the general standard of living is improving.”

He said our obsession with output without it translating to real income is why we will always have high GDP figure growth but everyone else is suffering. “The reason why the income in your pockets doesn’t increase is that, as the government tries to stimulate the economy by spending, it is at the same time taxing the economy more,” said Kadzutu.

When you tax a population, he explains, what you are trying to do is forced saving. “You are removing the disposable income from their pockets. It is like stepping on the accelerator and the brakes at the same time. The car won’t move,” he said.

“If we want the spending to trickle down to the individuals, then our fiscal policy has to make sense. One way is to increase spending but leave taxes where they are or don’t increase government spending but give people tax breaks and incentives to increase their disposable incomes. Then you will start seeing genuine economic growth and not government induced growth.”

Some analysts have pointed out that some of the State resources are actually stolen, especially due to a conspiracy between suppliers and officials to facilitate payments.

“There are allegations that a significant proportion of the money never actually goes anywhere and is immediately diverted to a few individuals. Assuming this is true, that already reduces the size of the Government’s true spending. Another chunk goes towards the invisible financing costs of things like pending bills - for example, money owed to suppliers must surely come with financing charges they build in knowing the Government has a reputation for paying slowly,” Dave said.

When the Government actually spends in the economy, it delays payment so much that most enterprises that do business with the State fall into debt and run out of business.

“The delays in supplier payments and poor circulation of money back into the economy from taxpayers slows down the velocity of money in the economy cramping money supply, increasing non-performing assets at banks against which capital must be provided and so on. Thus, altering CBKs room to manoeuvre,” Deepak said.

The pending bill is a big problem. Small contractors that took loans to do government jobs are yet to be paid.

Both the national and county governments are yet to settle pending bills estimated at between Sh200 billion and Sh400 billion, some dating back as far as 2014. Recently, The World Bank in its Economic Update on Kenya: Unbundling the Slack in Private Sector Investment warned that the problem of pending bills was getting out of hand.

“Public payment delays affect the economy mostly through a liquidity channel. Increased delays in public payments affect private sector liquidity and profitability and ultimately weaken aggregate demand and economic growth,” noted the World Bank adding that there is evidence of a buildup in pending bills in Kenya, especially at the county level of government.

“A decisive policy action to clear pending bills, perhaps in a phased-out approach in line with funding requirements, could restore liquidity, stimulate private sector activity and create jobs.” Last week, Rotich said the State will pay small contractors with less than Sh10 million in claims while those with higher bills will face an audit.

Rotich confirmed that only Sh10.9 billion of the verified pending bills will be paid out.  Economists argue that the Government tax system also takes away the purchasing powers of Kenyans.

The Government has been good at taxing but worse at offering relief needed to stimulate consumption that actually drives the economy since one man’s expenditure is another man’s income.

Tax relief has come up twice under the Jubilee administration which raised the minimum taxable income from Sh11,135 to Sh13,486.  Monthly personal relief which is extended to every salaried worker regardless of the level of pay was increased by a tenth from Sh1,280 to Sh1,408.

The progressive tax threshold of R75,000 (Sh535,000) means that anyone earning less than this amount pays no income tax hence has higher purchasing power than a Kenyan earning Sh50,000.

“The, minuscule tax band expansion and additional statutory deductions like Housing levy threaten to wipe out purchasing power. What should a more coordinated State policy look like?” Mr Dave posed.

“Alleviating poverty through straightforward cash transfers also makes more sense than the current system of a small taxpayer base, overburdened with a high cost of living, paying for mega-infrastructure projects and a huge State-funded salaried class. Those projects and salaried-class are then expected to generate economic growth,” he said.

The easiest way of getting money to Wanjiku is spending on agriculture which accounts for a third of Kenya’s GDP and 75 per cent of the labour force and over 50 per cent of total revenue from exports.

According to Route to Food, a lobby in agriculture, State spending in the sector is inadequate, poorly targeted falling short of Maputo declaration to spend 10 per cent of total budgets on agriculture.

In agriculture, Rotich poured money into buying grain and bailout sugar farmers as well as cherry revolving funds which will offer loans at three per cent rate.

Mr Rotich kept the biggest chunk of spending on large infrastructure including Sh7.9 billion on the controversial irrigation projects while smallholders got Sh700 million.

Layla Libetrau, project lead Route to Food, says Kenya’s fiscal policies do not respond to the needs of small-scale farmers hence undermine food nutrition. Middlemen and cartels have made sure that small-scale farmers don’t benefit from their sweat.

In maize, well-connected people made billions of shillings by selling cheap imported maize to the State, condemning farmers to misery. In the coffee sector, a few companies and cartels control the value chain.

That explains why many farmers have abandoned the crop for real estate.

By Joshua Irungu 14 hours ago
Opinion
Lessons from three generations of devolution
.