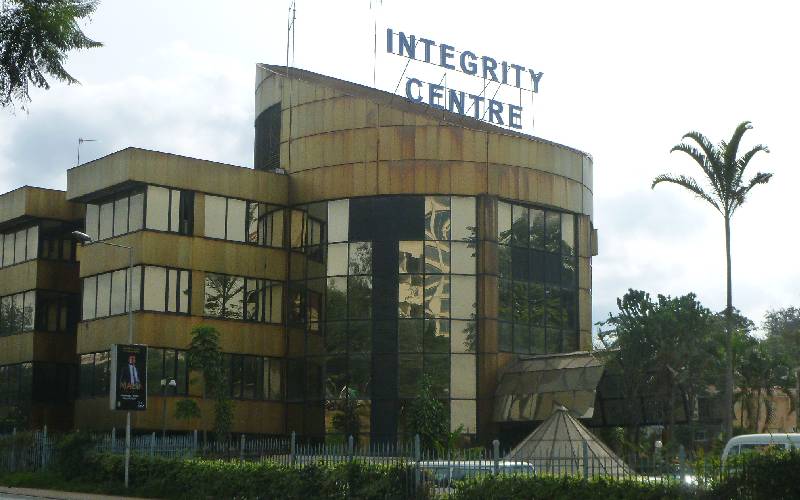 The High Court has frozen the accounts of a businessman who allegedly received nearly Sh80 million but failed to meet the tender conditions.

Justice Francis Gikonyo stopped Dennis Njau Kimani from accessing his accounts following an application by the Ethics and Anti-Corruption Commission (EACC) claiming that he colluded with Isiolo County Government officials to defraud taxpayers.

“A restraining order is hereby issued prohibiting Kimani from withdrawing, transferring or disposing the amount of money held in his personal account and that of his company for a period of six months,” ruled Justice Gikonyo.

The case against the businessman unveiled massive fraud in the county government that was reminiscent of the National Youth Service scandal, in which millions of shillings were paid to companies and individuals for supplying nothing.

EACC forensic investigator Leonard Mungai, in his affidavit, said they received information that Kimani had been irregularly awarded a Sh79.8 million tender to construct two oxygen production plants in 2017, yet no such facility existed in the county.

Mr Mungai swore that the businessman got the tender through his company, Hitmax Limited, and ended up being paid without meeting stipulated conditions.

“The contract was for building oxygen plants but the businessman only imported two medical oxygen machines from Turkey, valued at Sh12 million. This is not the reason he was awarded the contract, which makes us believe it was a calculated scheme to defraud public funds,” said Mungai.

According to the investigator, Hitmax Ltd presented forged bank account statements during the bidding process and won the tender it did not qualify for through collusion with officials from the county government.

After being awarded the tender, the company allegedly opened a new bank account, through which the money was channeled.

Mungai swore that there were fraudulent procurement processes leading to the payments, in which the county officials signed an inspection report saying the equipment was in good working condition even before it was imported.

“The oxygen machines were to arrive in the country on June 27, 2018, but by June 14, the officers had signed a compliant certificate, which facilitated the full payment to Kimani. It was not possible to inspect the equipment and clear them before arriving in the country,” said Mungai.

As soon as the money hit Kimani’s company account, the investigator swore, Kimani immediately started transferring the funds to other accounts to conceal the fraud.

On July 12, last year, Mungai stated that the businessman transferred Sh15.2 million from the Hitmax Ltd account to his personal bank account and another Sh13 million on July 16.

On July 18, Kimani is said to have transferred another Sh10.5 million from Hitmax Ltd and a further Sh2.5 million to Fusha Trade Credit Ltd, in which he is a director.

“Evidence obtained so far points to the fact that the funds hurriedly transferred to those accounts are proceeds of crime. Kimani is engaged in money laundering and the court needs to stop him from further transferring the money to help us trace the rest of the Sh79.8 million,” said Mungai.

By Mate Tongola 17 hours ago
Motoring
Subaru Levorg: Want to buy it? Read this
.

State to roll out 10,000 water projects to ease shortage
Business
By Frankline Sunday
6 hours ago
Retailers and city landlords in the crosshairs of data watchdog
Business
By Brian Ngugi
6 hours ago
Unions, FKE reject radical pro-workers Bill
Business
By Nathan Ochunge
6 hours ago
DP Gachagua fails to unlock stalemate over counties funds
Business
By Graham Kajilwa
6 hours ago
Premium What you should do to remain relevant and even stand out in job market
Opinion
By Lynette Otwori
6 hours ago
.

By Frankline Sunday 6 hours ago
Business
State to roll out 10,000 water projects to ease shortage