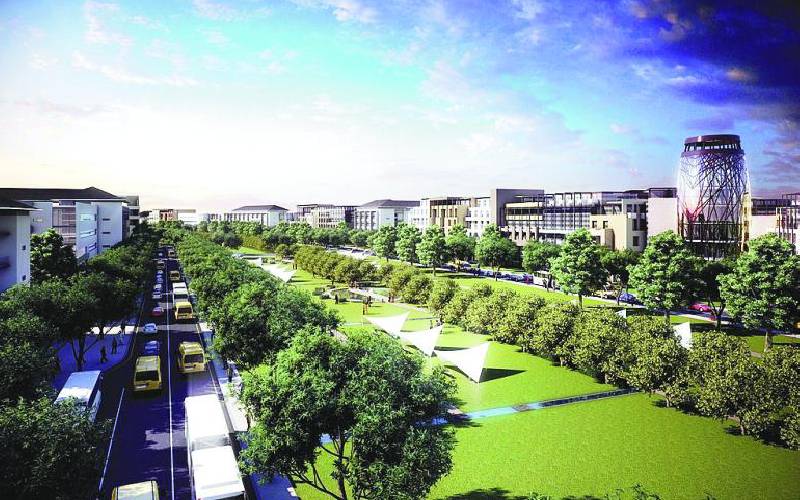 The Government has declared Tatu City a Special Planning Area in a move that will rob the county government some control of the upcoming metropolis.

Mr Masinde said the move will also provide a framework for the physical development and management of the area, and guide the development control processes within Tatu City.

Tatu City is a rapidly growing project in Kiambu County with homes, businesses, parks and schools.

The naming of Tatu City as a Special Planning Area will cut planning and construction approval bureaucracy for homeowners and developers and fast track the city as a private sector development of national significance.

“Like the Government’s Konza City, Tatu City is now required to liaise with the Special Economic Zones Authority to establish a ‘one-stop’ shop to facilitate processing and issuance of development construction permits and certificates of occupancy as envisaged under the provisions of section 11 of the Special Economic Zones Act, No. 16 of 2015,” reads the notice dated June 7, 2019.

Approval of the Special Planning Area for Tatu City, which is unique for a private sector investor in Kenya, comes on the heels of delays by the county government in issuing construction permits to the lead firm and other developers in the county.

“By awarding Tatu City a Special Planning Area status, owing to its unique development potential, the Government recognises that Tatu City’s success is in Kenya’s national economic interest and the project’s planning and approval requirements need to be fast-tracked at a national level,” reads part of the notice.

Chris Barron, Kenya Country Head for Rendeavour, the project’s owner and developer, welcomed the move by the Government, terming it as long overdue.

“As a Special Planning Area, Tatu City will accelerate even faster, creating more jobs, homes and infrastructure. The government’s actions speak volumes about the climate for international investment in Kenya,” said Mr Barron.

Two weeks ago, Kiambu Governor Ferdinand Waititu said the county government and the developer had resolved a stalemate over delayed approvals of building plans for the firm.

Early this year, Tatu City had indicated that refusal by the county government to approve their plans had resulted in delay of numerous projects.