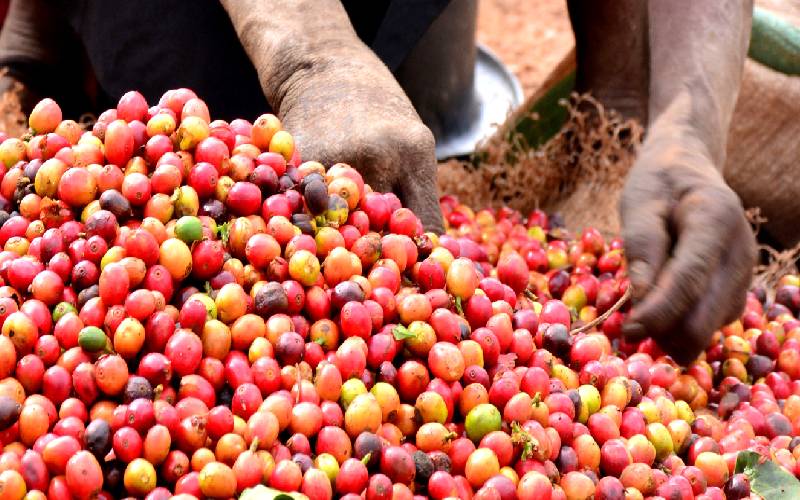 Plunging coffee prices may be pressuring farmers to carve out land in rainforests for survival, the head of the US coffee trade body said, urging more help for growers to cope. Their behaviour was even more concerning because felling forests would accelerate climate change and could amplify the volatility of an already fickle coffee market, said Bill Murray, president of the New York-based National Coffee Association. “The initial reaction if prices fall is for a farmer to rip out more rainforest and plant more trees to make more coffee and make more money,” he said in an interview during last week’s Rainforest Alliance Sustainability Summit in New York.

Global coffee prices are hovering around Sh90 (90 cents) a pound (0.45 kg), which in some countries does not even cover production costs, he noted. In the Central American nation of Costa Rica, for instance, the average cost of production stands at about Sh145 ($1.45) per pound. Coffee grows in areas including tropical ecosystems, as do rainforests which play a key role in sucking planet-warming carbon dioxide out of the atmosphere, acting as a brake on rising temperatures. Increasing cultivation of the plant whose bean is used to brew the popular drink may drive deforestation by more than 100,000 hectares (247,105 acres) a year, found a paper presented at a 2014 International Coffee Science Association conference. Prices down

Murray warned that planting more coffee, on freshly deforested land, could not only damage the environment but also feed a vicious cycle of poverty for small producers by pushing prices down in an over-supplied market. In the last half century, coffee prices have fluctuated between Sh50 to Sh350 (50 cents to $3.50) a pound, often because of extreme weather, Murray told the Thomson Reuters Foundation. On a warming planet, prices could experience further “peaks and valleys” as coffee-growing areas experience unseasonal frost, droughts and disease caused by too much rain, he warned. The head of the group representing more than 90 per cent of US coffee commerce, with over 300 members, urged governments to assist farmers in the developing world with foreign aid. Support could include helping them try out new crops on the side and building rural infrastructure, he added.

Murray cited the US government’s Feed the Future program, which has sought to fight global hunger from Guatemala to Ghana, by boosting agricultural capabilities in selected poor nations. Recently, US President Donald Trump cut off Guatemala from the aid initiative and end similar assistance to Honduras and El Salvador, after thousands of their citizens sought asylum at the US southern border. All three Central American countries are important coffee producers, noted Murray.