Why Enterprise Road remains an eyesore

Financial Standard
Poor infrastructure including the Enterprise Road, according to KAM, has resulted in fewer firms investing in the area. 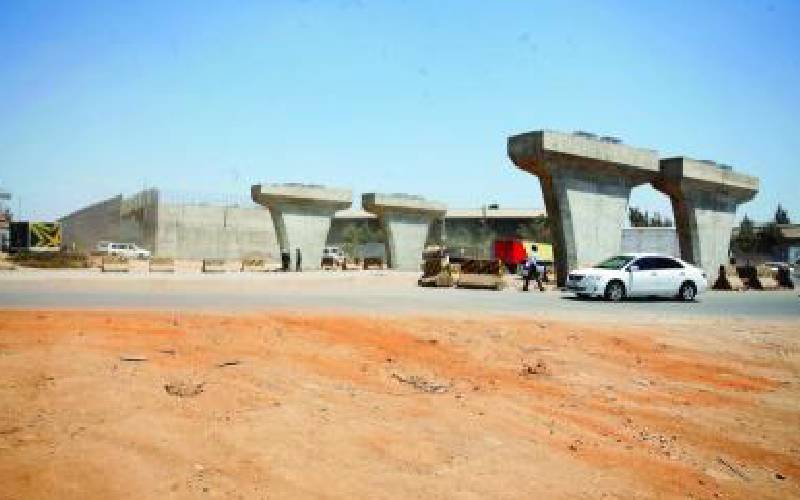 A mix of inadequate funds and doubtful contractor capability has left enterprises in Industrial Area in a messy situation for close to a decade. This has resulted in huge losses for many firms operating in Kenya’s largest manufacturing hub. Enterprise Road, whose refurbishment contract was awarded in 2013, was expected to ease traffic flow in the hub but now sticks out like a sore thumb - as a major source of traffic snarl-ups. Other than losses that it has earned manufacturers, the road can partly be blamed on a slowdown in investments by other firms that have cited poor infrastructure in Industrial Area.

This, among other reasons, has seen companies opt to set up in other areas, denying them synergies that would accrue to players operating from a common hub. The 6.1-kilometre Enterprise Road stretch is the most critical artery for Nairobi’s Industrial Area. It stretches from the junction shared with Bunyala Road and Commercial Street - to the General Motors Junction where it intersects with Mombasa Road. It cuts through other major roads servicing the area, such as Likoni and Lusaka roads, while feeding into smaller streets, some leading directly to manufacturer’s premises. The intersection with Likoni Road is perhaps the most painful sight. The contractor, Nigerian firm Reynolds Construction Company (RCC), is putting up an overpass at the junction but has moved at a slow pace, opting to put up in small amounts of work every few months. RCC was awarded the contract to repair segments of Enterprise Road in 2013 as part of a European Union-funded construction of 16km Eastern Missing Link Roads. It was expected to finish the job within a year.

Kenya Urban Roads Authority (KURA), under whose purview the project falls, said the delay has been due to ‘misunderstandings’ with the contractor. However, a source at the Ministry of Transport and Infrastructure said inadequate budgetary allocation by the Government as well as the suspect capability of the contractor are to blame for the delays. “There were some contractual issues that arose from the project but we have already renegotiated and we are getting a way out of this. We have agreed on the way forward,” he said. “The contractor has agreed to finish the work. It is the same project with Ring Road Parklands, so they have committed to finishing the Ring Road section first and will soon move to Industrial Area. In the meantime, they are working on improving sections that were bad so that traffic can flow on the Likoni-Enterprise Road section.” Ministry of Transport and Infrastructure Spokesperson John Cheboi declined to divulge more about the issues contested by the contractor, only adding that RCC had at some point demanded that Government makes payments before it proceeded. “There were some disagreements. We have been pushing the contractor but he had demanded we pay some money. We have already paid what they have been asking,” he said. “As soon as Westlands is done, he should be moving the machines there. In another six months, we will be having something better.” Our source at the Ministry said the ministry noted both Kura and RCC have been at fault.

SEE ALSO: Are we on track in implementing the SDGs?

While the agency had not always made funds available to the contractor, the company also has on numerous occasions asked for an extension of time for the delivery of the project. The Government has even penalised the company for the delays, which RCC has contested arguing that it was not given access to the construction site in good time owing to lengthy land acquisition processes. The Standard had in early 2017 made queries to Kura on the progress made on the Eastern Missing Link Roads, which was by then facing delays, having been scheduled for completion in early 2016. The agency then said most of the work had been completed and expected RCC to hand over the project towards the end of the year. Two years later, little appears to have been done, not just on Enterprise Road but also the Eastern Missing Link Roads. RCC was in 2013 contracted to construct the Eastern Missing Link Roads, which are a number of roads in Industrial Area, parts of the Central Business District and Parklands, all totalling to 16 kilometres. The project also involved the construction of footpaths for pedestrians and non-motorised traffic in parts of Nairobi’s Eastlands area. The firm, which had by then never done any work in Kenya, was given the job as part of conditions by the European Union, who financed the project to a tune of Sh3.4 billion.

The total project cost was Sh4.56 billion, with the balance being paid by the Government. Among the conditions that are given to the Government by the EU include that the contractor would have to be from a European nation, or an affiliate of a European company. According to RCC’s communication materials, the firm is a subsidiary of a Switzerland headquartered SBI International Holdings AG (SBI), which in itself is rocked in bribery allegations and has been under investigations by Israel authorities on claims of bribing Kenya’s Ministry of Transport officials to get lucrative road tenders. Though headquartered in Switzerland, the company was started in Israel. Manufacturers lobby the Kenya Association of Manufacturers (KAM) noted that the state of the road has been hurting its members, who have to contend with traffic snarl-ups. The lobby said that 75 per cent of its members is based in the Industrial Area. “Enterprise Road, in Industrial Area, which falls under Kura, is a strategic road for these industries. However, industries have been waiting for the expansion of the road for more than four years,” said KAM in a statement. “The delays in the finalisation of construction of the Enterprise Road has led to increased traffic along the road, which has a spillover effect to adjacent roads such as Lunga Lunga and Likoni road.”

KAM said rainy seasons mean a rough time for manufacturers. Poor infrastructure including the Enterprise Road, according to KAM, has resulted in fewer firms investing in the area. “Even on low rainfall account, the road gets flooded due to poor drainage, which disrupts manufacturing activities and increases the cost of doing business in the area,” said the lobby. A new report by Knight Frank noted that investors in sectors such as warehousing and logistics are shunning Industrial Area, and opting to set up in the city’s outskirts, where infrastructure projects have moved at speed offering ease of access. KAM says apart from Nairobi’s Industrial Area, other manufacturing hubs also face neglect in infrastructure development.