As Boeing reels from crashes, Airbus mum about sales gains 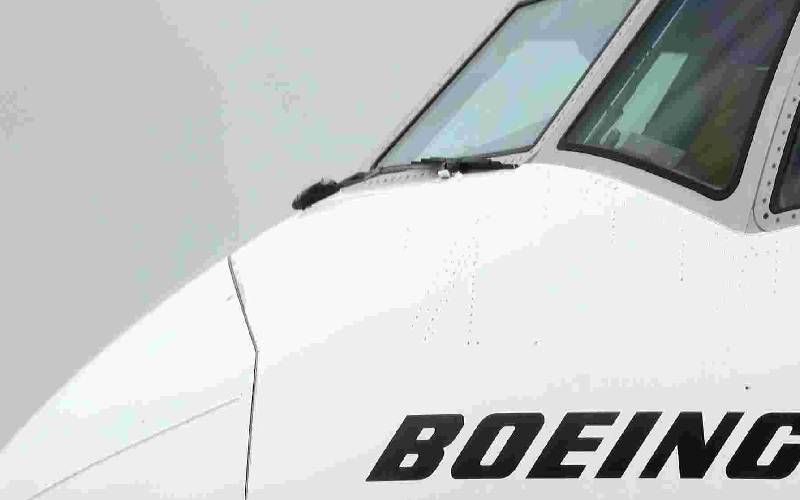 The ceremony at the Elysee palace in Paris exuded the full pomp of the French state. Under gilded ceilings dripping with chandeliers, executives of Airbus SE and the agency that buys planes for China’s airlines signed an order worth Sh3.5 trillion ($35 billion) as French President Emmanuel Macron and his China’s Xi Jinping, looked on. Normally, such an event would be full of gloating. In commercial aviation — a zero-sum industry with just two global players, Airbus and Boeing Company — the rivalry is intense and victories are savoured and celebrated.

But these aren’t normal times, and the ceremony marking Airbus’s biggest deal in several years was unusually muted. Guillaume Faury, soon to be Airbus’s chief executive officer, was subdued, calling the massive order “a sign of confidence between us and our Chinese partners.” Boeing is mired in a painful investigation following two fatal crashes in five months of its popular new 737 Max jet, which has since been grounded worldwide. The catastrophes, which claimed the lives of everyone on board the two planes, have tested the faith in the US Federal Aviation Administration, which certified the jet, and raised a chorus of criticism about Boeing’s slow response. The crisis has shifted the playing field in favour of Airbus at a time that it needs a victory. In February, the company cancelled its A380 double-decker after just a dozen years in service. And its sales force, mired in an investigation into allegations of corruption, has suffered the worst start to the year in at least a decade. Yet Airbus has made it clear it has no intention of taking advantage of the tragedies, and sales staff were told on a conference call that they shouldn’t mention them in their pitches to customers, according to a person who participated. At the Paris signing, Faury declined to comment on what the Boeing grounding might mean for Airbus. And CEO Tom Enders has stressed that this isn’t the time to go after the wounded rival’s business. “When something like that happens, we’re all one big family,” he said at an industry event on March 15. “Safety is not a competition item.” That makes sense, says Michael Hewson, an analyst at CMC Markets, a brokerage in London. For both manufacturers, safety is the bedrock of their business, and without it, they would struggle to make sales. “It’s a bad look if you try to capitalise on anything like that,” Hewson said. “It’ll come back and bite you.” Some airlines that had bought the single-aisle Boeing have said they will reconsider or even cancel their orders, creating an opening for Airbus to pick up business. On March 28, flag carrier Garuda Indonesia said it planned to call off deliveries of 49 Max 8s, though it said it would most likely buy other Boeing aircraft.  Indonesia’s Lion Air, the owner of the plane involved in the first crash, has also hinted that it will scrap a deal to buy almost 200 Boeing 737 Max. So far, it’s been a slow year for Airbus. In January and February, the company booked just four new sales and had 103 cancellations, including a $2.8 billion dollar deal for A320 aircraft that had been destined for now-defunct Germania. Last year the company’s order backlog fell even as its output grew to its highest level ever. “It was a difficult year for our sales team,” Enders said at the company’s annual results conference in February. Against that backdrop, Airbus’s sales force could do with some decisive wins. The windfall in Paris was a nice get but was the fruit of a campaign that had been in the works for more than a year. The task of bringing home additional deals has fallen to Christian Scherer, who took over as chief commercial officer about six months ago after a short-lived stint by Eric Schulz, a company outsider who struggled to adapt to the Airbus culture. Practical limitations During a tour of Asia, Scherer insisted the crashes won’t have any measurable effect on sales and that his firm wouldn’t seek to benefit from them. “Boeing, just like we would do, if they have a solution, a fix to find, they will find it very diligently and very quickly,” Scherer said in a March 19 interview in Taipei. The tragedy with the Boeing jets will have “no bearing” on demand for his aircraft, he said. Beyond the moral restraint keeping Airbus from trying to capitalise on the crisis, the company faces hard practical limitations. For the past several years, fraud agencies in the UK, France, and the US have been looking into allegations of bribery and corruption in the Airbus sales force. The investigations have thrown the sales team and top management into turmoil. At the same time, it’s not easy for carriers to switch manufacturers. Many airlines have made substantial down payments on their orders, which they risk losing if they cancel.  Their fleets are often planned around families of jets, allowing them greater flexibility in assigning pilots and maintenance staff.  And there are only two manufacturers in the business since a potential Chinese entrant has yet to prove itself. Both of today’s players have order backlogs on their planes that are years long, so any airline that cancels would join the back of the queue at the rival manufacturer. That means the effect of the crashes on either company’s order book won’t be dramatic, says Nick Cunningham, an analyst at Agency Partners, a London equity research firm.  He does, however, say that Boeing will likely feel compelled to accelerate the introduction of a new model that’s not tarnished by the two tragedies. And that, in turn, will spur Airbus to build a new plane to compete with it.