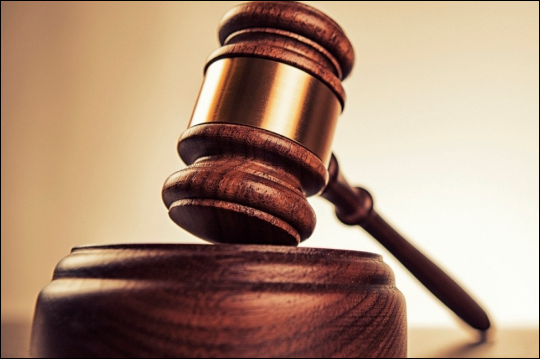 The impact that just one word can have in law was starkly demonstrated in a court battle between the taxman and a company over withholding tax charged on a Sh4.7 million unpaid bill.

Kenya Revenue Authority (KRA) and Fintel Limited argued over the use of “paid” as used in the Income Tax Act and “upon payment”, an argument that escalated to the Court of Appeal for a three-judge bench to rule on.

The appellate judges used “The Last Cigarette”, a poem by New York-based poet RM Engelhardt, to shed light on the case.

“Words are powerful. Words make a difference. They can create and destroy. They can open doors and close doors. Words can create illusion or magic, love or destruction…” so the poem goes.

Justices William Ouko, Asike Makhandia and Gatembu Kairu said the Income Tax Act had given the word “paid” a technical definition as opposed to an ordinary one.

In the case, Fintel had entered into an agreement with China Jiangsu International Economic Technical Co-operation for the construction of a rental building on April 21, 2009.

The two agreed that the company would pay the contractor interest on any contract fees outstanding after the due date, a term that ended up creating controversy.

However, KRA demanded for payment of the deducted withholding tax on interest which had already been claimed as an expense in the audited accounts assessed at Sh4,787,257.

The company filed an objection but the application was rejected by the Commissioner of Income Tax, forcing it to move to the High Court on the grounds that the accrual of interest expense in its books of account did not amount to payment of the same to the contractor, and for KRA to demand payment of withholding tax as ultra vires.

In its defence, KRA argued that by recognising accrued interest as a liability in its books of accounts, the company acknowledged that the interest that was credited to the account of the payee fell within the term “paid” as defined in section 2 of the Income Tax Act and was therefore subject to withholding tax.

High Court judge David Majanja ruled in October 2012 that KRA acted beyond the law by imposing tax on the company and in its interpretation of the words “paid” and “upon payment”.

The court said the word “paid” in the Act assumes its ordinary meaning and the use of the word “include” is merely illustrative of the kinds of activities that constitute payment, adding that deeming provision for interest-free loans does not amount to payment of withholding tax purposes.

KRA then moved to Court of Appeal to challenge Justice Majanja’s decision, saying that the payments due to the contractor fell within the ambit of section 35(3)(f) of the Income Tax Act.

The section provides that upon payment of an amount to a person resident or having permanent establishment in the country in respect of management or professional fee or training fee, the aggregate value of which is Sh24,000 or more in a month: Provided that contractual fee within the management of professional fees shall mean payment for work done in respect of building, civil engineering works.

KRA said the works constitute withholding tax which the law allows it to collect, adding that the word “payable” could mean that which is due or must be paid or that which may be paid or have to be paid.

KRA asked the appellate judges to find that the High Court’s interpretation of “upon payment” was erroneous as it restricted the use of the word “paid” under the law.

In its defence, the company said since it did not settle the outstanding contractual fee nor paid any interest charged by the Chinese company, even though the interest was considered as a liability in its books of accounts, no withholding tax was due.

The company argued that “upon payment” denotes the discharge of a debt or liability and it was premature for KRA to demand payment of the withholding tax before the actual payment of interest.

The Court of Appeal ruled on February 5 that Justice Majanja  erred in his construction of the true meaning of the words upon payment and paid and reached an erroneous decision that for KRA to demand for payment of the tax withheld was in excess of its powers.

“Paid includes distributed, credited, dealt with or deemed to have been paid in the interest or on behalf of a person and pay, payment or payable have corresponding meanings,” read the judgment in favour of KRA.