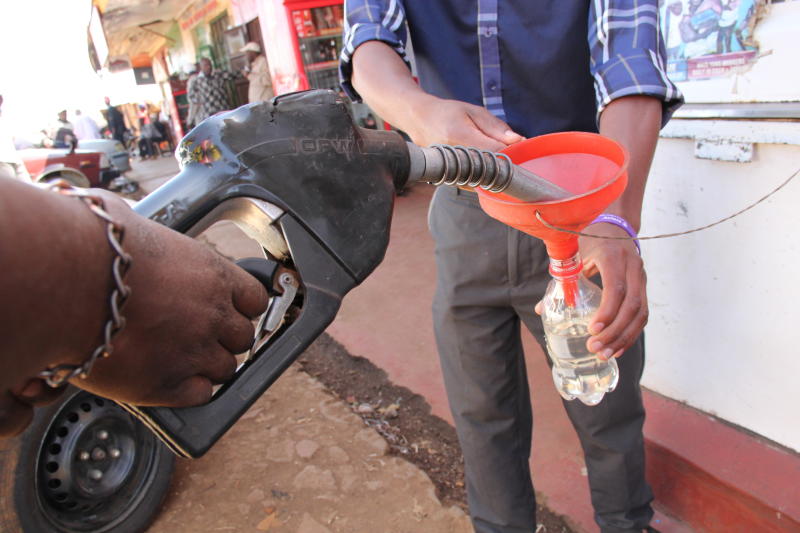 The Government’s strategy of fighting fuel adulteration seems to be working, even as poor households struggle with tough measures aimed at making kerosene expensive. The idea of fighting adulteration is hinged on a simple concept: increasing the price of kerosene such that unscrupulous traders find it unprofitable to buy it and mix with diesel for sale it to unsuspecting users. But while the case for fighting adulteration is genuine, as well as the need to forestall damaging effects of kerosene on the environment, the levies have proved extremely punitive to the poor - rural and urban.

To put it into perspective, last week the Energy Regulatory Commission (ERC) announced that Kerosene consumption has dropped by 75 per cent following a Sh18 tax per litre tax introduced on the fuel. Pushed up The tax is shrouded in a fuel adulteration levy slapped on the commodity by President Uhuru Kenyatta which pushed kerosene prices to above Sh100 a litre for the first time. ERC Director General Pavel Oimeke said the reduced consumption was as a result of low demand from unscrupulous traders using kerosene to adulterate petrol and diesel to inflate their profit margins. “The quantities of kerosene being taken from the depot has reduced considerably. Our own studies show that a lot of it, 70 per cent to 75 per cent, was going into adulteration,” he said while making the announcement.

The decision to make kerosene out of reach for deceitful traders - but also poor Kenyans - was also evident during the presentation of the 2018 Finance Bill which the President passed amid controversy and open resistance from Kenyans. The Bill slapped kerosene with a Sh3 excise duty per litre, raising the duty from Sh7 to Sh10. Majority of Kenyans who rely on kerosene for their fuel needs were left with nowhere to turn - the only clear path being to adopt charcoal or firewood. But even that route has been tightly shut. In a bid to fight the exploitation of forests by charcoal traders, the State decreed a ban on logging. The ban has pushed charcoal prices to an all-time high, which has continued to hit the budgets of low-income earners that use it as substitute for charcoal or firewood.

SEE ALSO: Pain for motorists as fuel prices shoot up

Market reports show that a bag of charcoal is currently retailing at Sh2,700 from an average of Sh1,500 three months ago. Makeshift hotel Gideon Njagi, a former factory worker at Nairobi’s industrial Area, who now runs a makeshift hotel deep in Mukuru Kwa Njenga slums, says the price hikes on kerosene and charcoal have proved to be a headache for his family. “I am 45 years old. I cannot do hard factory work anymore. So I decided to start this hotel. I was using charcoal before it became too expensive. Now I use firewood,” he says. “I have befriended local carpenters and building contractors so that they can sell to me cheaply the bits of wood they don’t need. That is how I am able to keep this place going,” says Mr Njagi. Away from the hotel business, Njagi said kerosene was a cherished commodity in his house. “My children use a lamp to study, we cook using a kerosene stove. I used to buy Kerosene worth Sh600 to last us a month but the Sh600 now doesn’t even get us through half of the month,” he says. “I have devised a method now where my family eats at the hotel, and the kerosene is used only for lighting at home.” The Government’s bid to fight fuel adulteration and the environmentally damaging effects of charcoal and kerosene seem to be here to stay - when you look at the State-sponsored Energy Bill, 2017 that is in the Senate. The Bill seeks to introduce punitive levies on kerosene and charcoal. It has received support from big industry players such as the Petroleum Institute of East Africa, and seems destined to get assent from the Uhuru. But even as the measures to fight adulteration by making cheap energy sources such as kerosene expensive, it is the poor who continue to suffer with no Government plan to cushion them.