Row grows over official houses planned for governors in Western 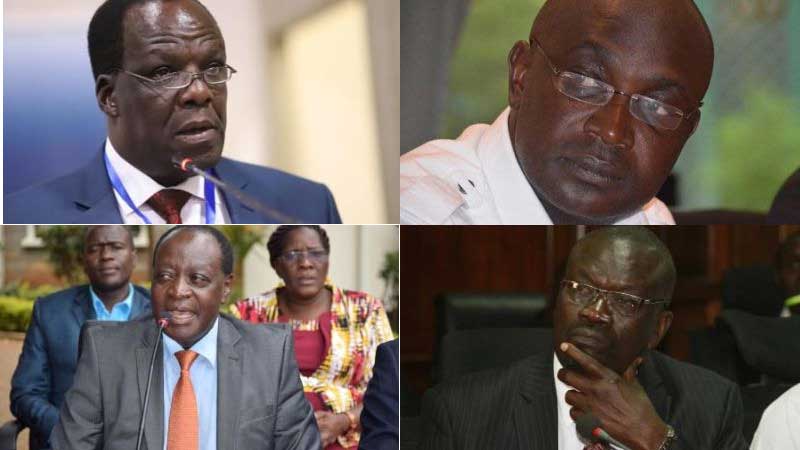 Controversy surrounds governors’ residence projects worth millions of shillings in western Kenya. While three governors have dismissed the project as a waste of public funds, others have made provision for them in their current budgets. In Vihiga County, Sh80 million has been earmarked for the governor’s residence in Inderi, Sabatia constituency, on the outskirts of Mbale town.

SEE ALSO: Enact laws to question leaders' errant ways and not cover them

The amount was factored in the 2017-2018 supplementary budget, although the work is yet to begin. The county recently acquired two hectares of land for Sh23.9 million for the residence, but the county assembly has launched a probe into the transaction. Governor Wilber Ottichilo has been living in a hotel since his inauguration on August 21, 2017, and said the new residence would be ready by 2019. “I want to live in Mbale town, away from my private home, as the official residence will be used to host events and programmes that I will preside over away from the office,” Dr Ottichilo said. At least Sh50 million was set aside in 2014 by the county assembly for building former governor Moses Akaranga’s home but he opted to live in his private residence.

The money was then diverted for use in a school feeding programme. Two hectares Even before the work begins on the site, the county assembly has begun a probe into how the county government acquired the two hectares. The Lands committee, chaired by Central Bunyore MCA Paul Tirra, toured the land as an inquiry into its purchase commenced last week. “The assembly thought it wise to come to the ground and ascertain the location, and go ahead to look for experts who will give us the real value of the land,” Mr Tirra said.

SEE ALSO: The root causes of insecurity in Marsabit and their solution

In Kakamega, the county has set aside Sh50 million to build the governor’s official residence in Lurambi sub-county. Budget and Appropriations Committee chairman Willis Opuka (Marama South MCA) said funds earmarked in the past for the project were carried forward. Governor Wycliffe Oparanya had earlier denied claims that funds had been used to put up his residential home in Lugari. According to Mr Opuka, the home acts as the official county office where the governor meets locals whenever he tours the area, which is far from Kakamega town. “About Sh40 million has already been spent on building the office, which is 75 per cent complete. When money is released by the Treasury, construction of the governor's residence in Lurambi will commence,” he said. Oparanya he said his government had established a small residence-cum-office in Lugari for the benefit of the people in the northern part of the county including Lugari, Likuyani and Malava sub-counties. Two residences “There has been this issue that the governor has two residences. This is completely wrong information. We’ve had an issue of land for construction of the governor’s residence in Kakamega," said the governor. “We have provided funds for that purpose in our budgets since 2016 but it has not happened because of land issues." He said plots the county had earlier identified for the project were shrouded in ownership disputes. “We have asked the National Land Commission to address the issue and if it fails, we have identified private land near River Isiukhu, which we shall then negotiate and purchase,” he said. Governors Wycliffe Wangamati (Bungoma) and Sospeter Ojamoong (Busia) have no plans to put up their official residences. Through County Director of Communication Tim Machi, Mr Wangamati said they were more pressing initiatives to undertake. “Governor Wangamati has said he is comfortable operating from home and thus any such plans were not immediate,” said Mr Machi. In February 2015, then Bungoma Governor Kenneth Lusaka had defended a move by the county government to buy 32 acres at a cost of Sh163 million. Mr Lusaka denied claims that the land was meant for his official residence, saying it was supposed to host his and his deputy governor's residences as well as accommodate senior staff and county administrative offices. In Homa Bay, the county executive has no intentions of building palatial houses for Governor Cyprian Awiti and his deputy Hamilton Orata. But in Kisumu, Governor Anyang’ Nyong’o and County Assembly Speaker Onyango Oloo may soon have new residences. The county government allocated Sh20 million to start building an official home for Prof Nyong’o, with more allocations expected in the next financial year. But Mr Oloo's plans to buy land and build a house for Sh250 million was shot down by MCAs. The plans had been listed in the Annual Development Plan. The MCAs also shot down the speaker's plans to rent offices for county assembly staff at a cost of Sh800,000 per month. They questioned the decision to rent premises only a few months after the first county assembly had spent about Sh8 million to renovate the current offices. Construction of the governor’s residence, on the other hand, is likely to start this financial year although questions still remain concerning its location. In the initial plans floated by county officials during the budget-making process, the county government wanted to buy land facing Lake Victoria for the governor’s house. But in the budget, the finance department requested only Sh20 million to start construction. In Siaya, the county assembly has allocated Sh93.5 million in the 2018-2019 financial year to build the speaker’s residence while construction of the governor’s residence was allocated Sh40,149,299. No allocation There is no allocation in the budget for construction of the deputy governor's or deputy speaker’s houses. Siaya County Assembly Clerk Felix Olwero said there was communal trust land for the projects in Ulafu and Alego Usonga. Mr Olwero said the land was given to the county assembly by the county government in consultation with the community. “It is a big parcel of land and will be divided into two portions - for the speaker’s residence and for the governor’s residence. The project to build the speaker’s residence is on as the contractor is already on site,” said the clerk. In Nyamira, the county assembly in July allocated Sh19 million for the construction of official residences for the governor and speaker. The MCAs had opposed the purchase of land to build the governor’s house, with the majority of those opposed to the idea saying there was sufficient public land for such projects. Land purchase The budget for the planned land purchase was pegged at Sh10 million. This was in contradiction of Governor John Nyagarama’s earlier assertion that the official residence would be built in Nkora Forest, about four kilometres from the county government headquarters. According to the MCAs, spending Sh10 million to buy land when there were many parcels of national government land that could be utilised for the same purpose was wrong. An agreement was reached to scrap the budget for buying land for the speaker’s house while maintaining the idea of procuring land to build the governor's residence. [Reports by Jackline Inyanji, Eric Lungai and Raphael Wanjala, Harold Odhiambo, Olivia Odhiambo, Stanley Ongwae and James  Omoro]