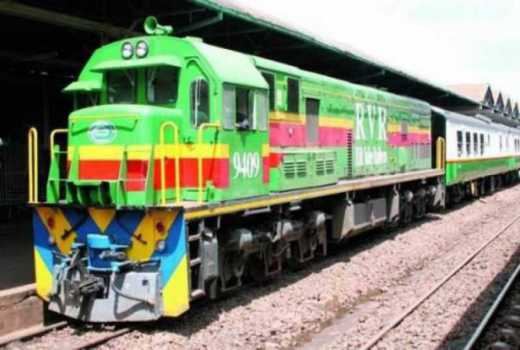 NAIROBI, KENYA: Some residents of Nairobi who commute to work using the train in one of the popular roots are a disgruntled lot.

They complain that the management of the city commuter service often let them down as they fail to communicate to them whenever there is a break-down of the train.

They say that most of them are inconvenienced a great deal when they go to the station only to be told by guards that there is no train.

Ironically the same operator sends a text to commuters whenever they resume services.” It won’t hurt if the operator informed us in good time that there is no train the same way they tell us they have resumed service,” one of the disappointed commuters was heard lamenting.

World Bank seeks review of Kenya healthcare financing
Business
By Graham Kajilwa
8 hours ago
Elections should not cause unease, economic uncertainty
Opinion
By Tobias Alando
8 hours ago
Interact and socialise beyond work; you need it
Business
By Peter Theuri
8 hours ago
The treasury is broke to sustain the Sh100 unga subsidy, says Munya
Business
By Mike Kihaki
13 hours ago
Premium How to make money from video games
Sci & Tech
By Boniface Mithika
21 hours ago
.

By Peter Theuri 3 days ago
Real Estate
Premium Nairobi: The city of haves and have-nots stuck in colonial times