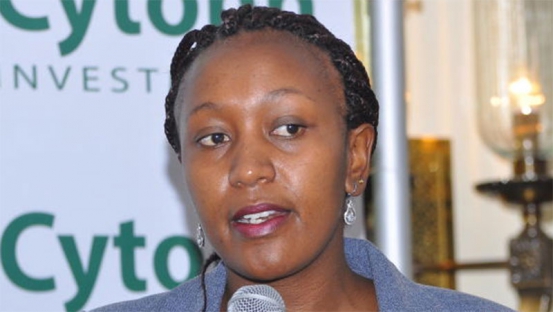 KCB Group, Diamond Trust Bank Group and Jubilee Holdings have been ranked top in corporate governance. The three firms scored the highest mark as a result of having the best corporate governance structures and practices among the 50 listed companies at the Nairobi Securities Exchange that have a market capitalisation exceeding Sh1 billion. This is according to the annual Cytonn Corporate Governance Index Report 2017. The report ranked listed firms using 24 methods that revolve around disclosures, board composition, board meetings attendance, transparency and independence. “Sound corporate governance practices and structures are essential for any firm today, especially those that are listed,” said Cytonn Chief Investment Officer Elizabeth Nkukuu at the release of the report in Nairobi. “Corporate governance in Kenya has come under the spotlight, which is partly attributed to the billions of losses that investors have suffered due to poor management.” She observed that companies that were ranked high in corporate governance also delivered better returns to investors. Their shares delivered a 43 per cent better return than the bottom half - an  indicator that corporate governance matters and investors should factor in corporate governance in their investment decisions. “Good corporate governance and sound professional ethics are essential to well-functioning of financial markets, which in turn protect the interest of the investing public,” said Cytonn Investments Manager Maurice Oduor. He noted that the virtue was key to ensuring vibrancy, reduce investor losses and a platform for companies to grow in a sustainable manner, even as expansion of markets and firms becomes more exposed to the public. Negative return “When we analyse share price performance of the 50 listed firms in our index over the last  five years, we find the top 25 firms have delivered 37.8 per cent, while the bottom 25 firms have delivered a negative return of 5.1 per cent, a 43 per cent differential,” he said. “This indicates the importance of strong corporate governance in delivering sustainable attractive returns to shareholders.” Cytonn report also noted that companies with well-diversified boards in terms of gender and ethnicity outperformed those with low diversity in board composition in terms of gender and ethnicity. Stock for top 25 companies in gender and ethnic diversity delivered a return of 40.2 per cent and 26.1, respectively, while the bottom 25 companies delivered a return of (8.1 per cent) and 10.3, respectively, over the last five years. “Compared to last year’s ranking, there was improvement in the comprehensive score, board attendance, proportion of non-executive directors as well as ethnic diversity for all 50 listed companies in our index,” said Oduor. He however noted that companies performed poorly on gender diversity - at an average 16.4 per cent female representation in the board compared to a score of 18.3 per cent last year. “We expect the continued focus on corporate governance from the oversight bodies such as Central Bank of Kenya, Capital markets Authority, Retirement Benefits Authority, Insurance Regulatory Authority and Sacco Societies Regulatory Authority and the general public to play a critical role in the adoption of best practices in running the affairs of companies in Kenya,” he observed. Uchumi was the most improved company with a comprehensive score of 60.4 per cent from a score of 37.5 per cent in the last report. The improvement was due to better disclosures on board composition and activities such as meetings and evaluation of the board, shareholding of directors, and rotation of theirs auditor - from Erst & Young to KPMG. WPP Scangroup improved to 66.7 per cent from a score of 45.8 last year, while Liberty Holdings was the third most improved company with a score of 81.3 per cent from 66.7 in 2016. East Africa Cables led the top decliners with a score of 54.2 per cent from 62.5 per cent in 2016. This was due to a decline in female representation in the board, and board meetings attendance, and an increase in the average age of board members. Kakuzi Ltd and Kenya Airways were the second and third top decliners with Kakuzi’s score declining to 54.2 per cent from a score of 60.4 last year. Kenya Airways score dropped to 60.4 per cent from a previous score of 66.7 the previous period.