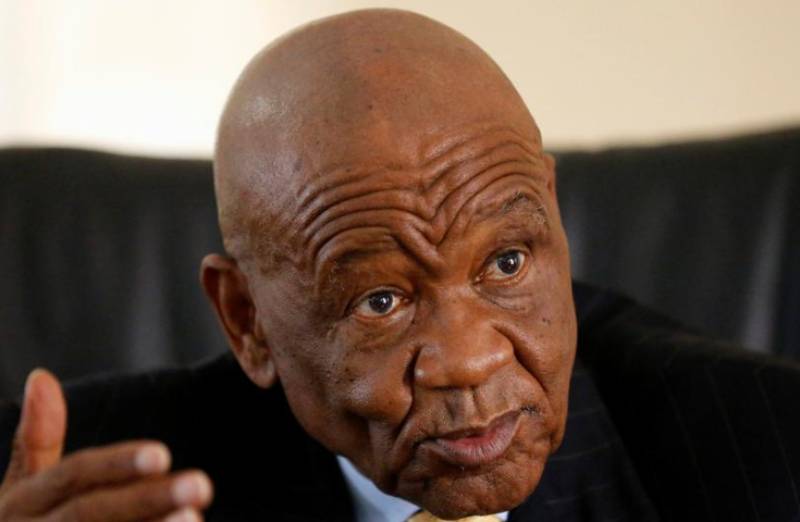 Lesotho Prime Minister Thomas Thabane (pictured) left the country, skipping a court appearance on Friday at which he was expected to be charged with murdering his estranged wife.

Thabane, 80, had been due in court at 9 a.m. (0700 GMT) over the death of Lipolelo Thabane, who was shot dead in June 2017 two days before he took office for a second stint as prime minister.

Police had said on Thursday that Thabane was to be charged with Lipolelo’s murder. His present wife, Maesaiah Thabane, 42, who married Thabane two months after Lipolelo was shot dead, has already been charged with ordering the killing and is free on bail. The prime minister and his new wife both deny any role in Lipolelo’s death.

Thabane’s son Potlako told Reuters by telephone that his father was in South Africa “to see a doctor.”

The murder case has caused turmoil in the tiny state of 2 million people encircled by South Africa. The prime minister has said he will resign and several politicians have been jostling to take over.

Lesotho has a long history of instability and has seen a number of military coups since independence from Britain in 1966. The army has not taken sides this time around, so a coup is not yet seen as likely.

Thabane’s private secretary Thabo Thakalekoala said the prime minister would be back in Lesotho some time this weekend.

Lipolelo, then 58, and Thabane were going through an acrimonious divorce when an unidentified assailant shot her dead in her car.

“An arrangement will be made for him to appear and be formally charged. We shall resort to legal means to bring the prime minister to court,” Mokete added.

Thabane told a Lesotho radio station on Thursday that he would step down at the end of July, but he did not mention the case and instead cited old age. His All Basotho Convention (ABC), the main party in the governing coalition, had given him a deadline of Thursday to resign.

With no clear front-runner to succeed Thabane in the ABC and some opposition leaders clamouring for the job, some analysts expect another general election soon.

In 2014, Thabane fled Lesotho for South Africa after the army surrounded his residence and police stations in the capital Maseru. He later returned under South African police escort.

In 1998 at least 58 locals and eight South African soldiers died during a political stand-off and subsequent fighting.

Van Staden said he wasn’t expecting another military intervention for now but that a contested race to succeed Thabane could cause political instability.